Huntington has a full schedule of events this weekend, including:

Greenlawn will be in full Halloween mode Saturday, first with the Greenlawn Fire Department’s 5k race and later with trick or treating as part of Halloween on Broadway.

While not required, costumes are encouraged for those participating in the run. The race will begin at 9 am at the department headquarters on Boulevard Avenue. Awards will be given to the top first responder, police officer, male and female, three overall finishers male and female, age group finishers, and top three costumes. For more details, see the flyer below. 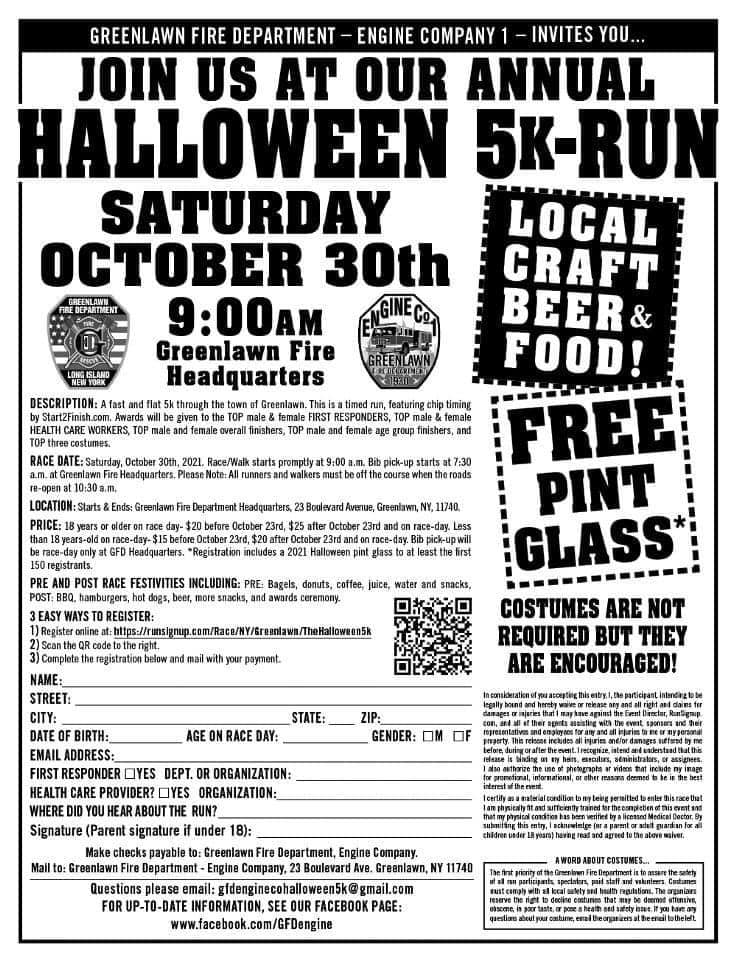 At 10 am Saturday, the Huntington school district will be celebrating the life of Jack Abrams, who served the district for 57 years.

Huntington Intermediate School was renamed in his honor in 2008 and became Jack Abrams STEM Magnet School in 2013. Abrams died last year at age 89.

The district will place a plaque on the building to recognize his many accomplishments as an educator.

Officers from the Suffolk County Police Second Precinct are participating in a free police and community pick-up basketball game at noon Saturday at the John Flanagan Center, 423 Park Ave., Huntington. All are welcome.

The 7th annual Halloween bar crawl on Saturday in Huntington Village starts at Christopher’s, and runs from 2-9 p.m.

Costumes and Treats in Huntington Village

Huntington’s Halloween parade forms up at noon at the US Post Office on Gerard Street Sunday. The freeform parade is for children in costume who go trick or treating downtown at participating businesses. 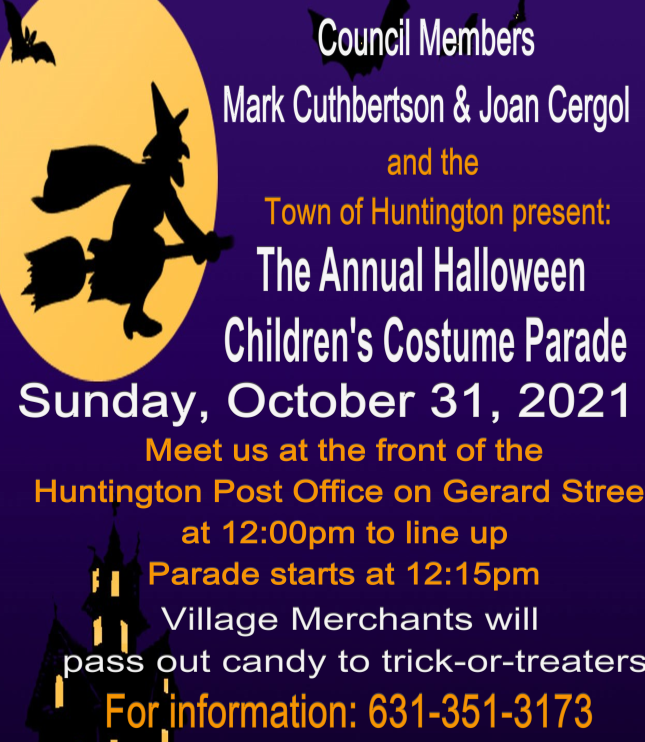