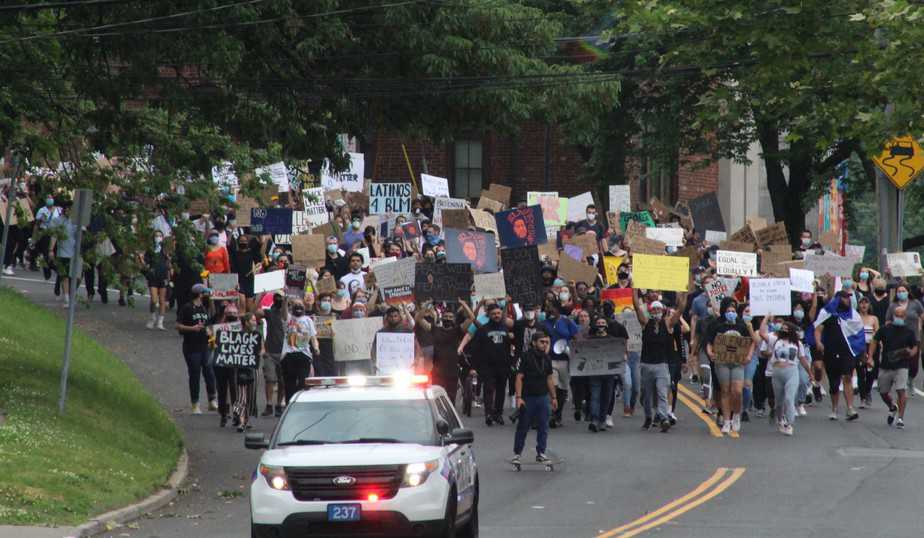 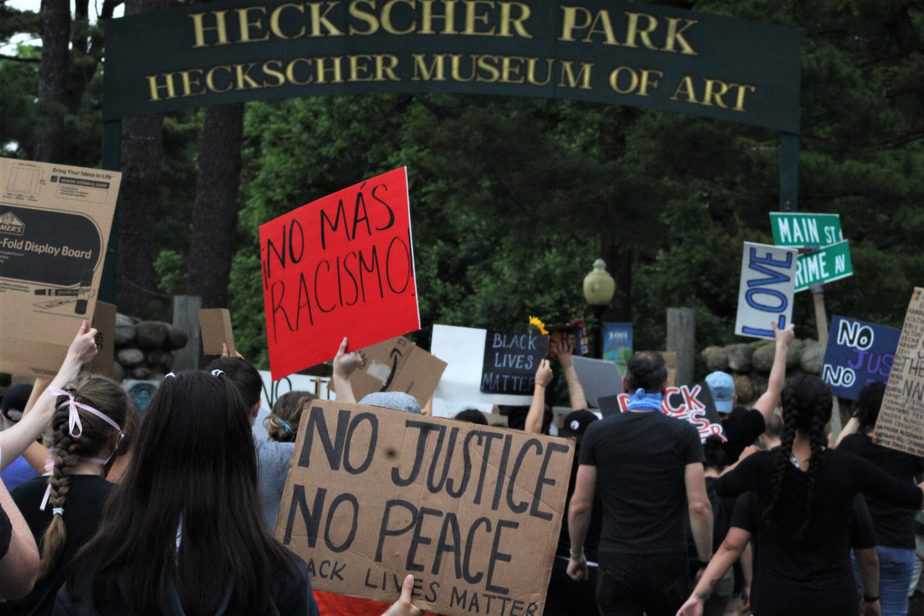 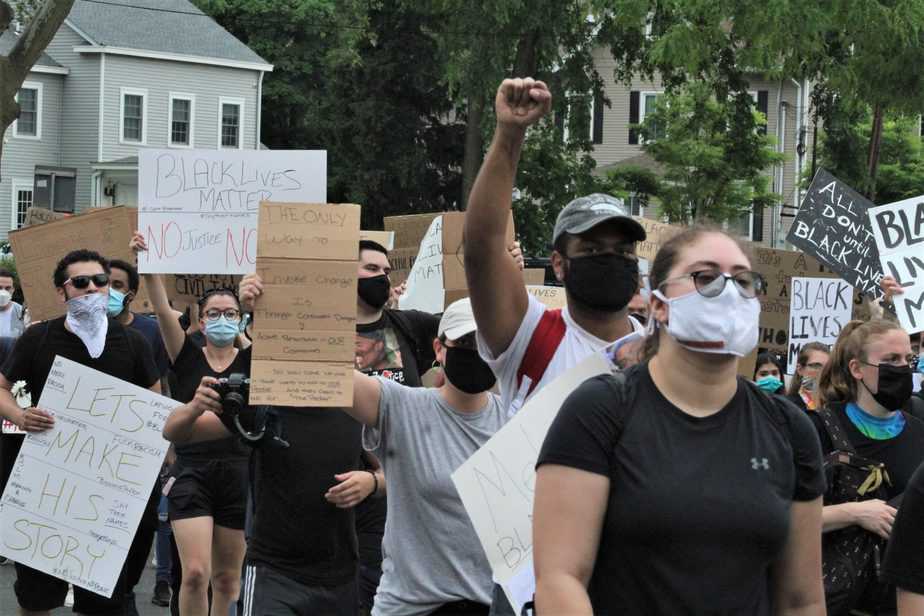 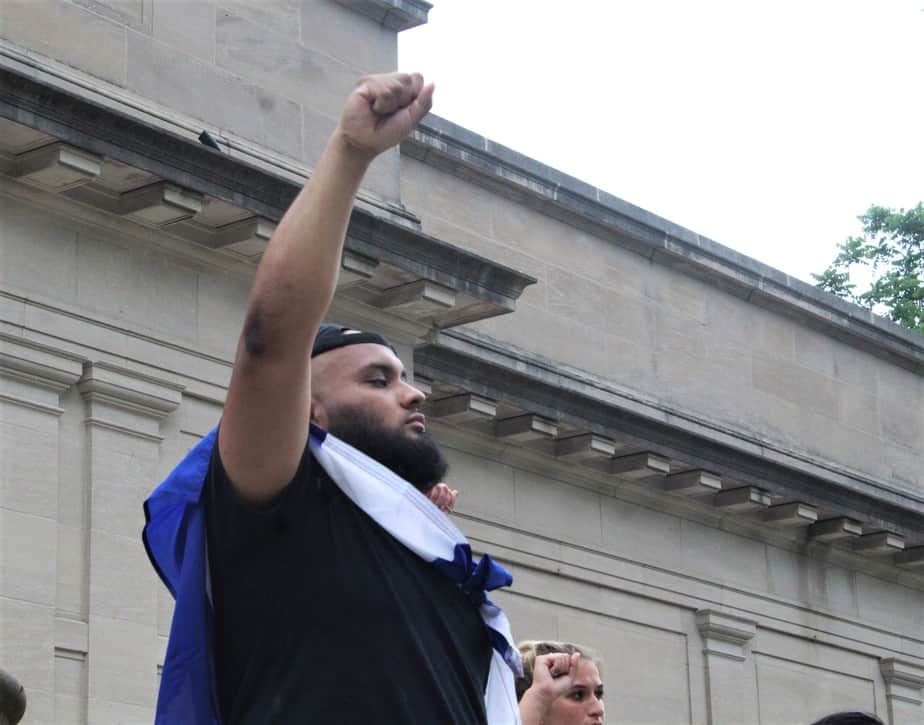 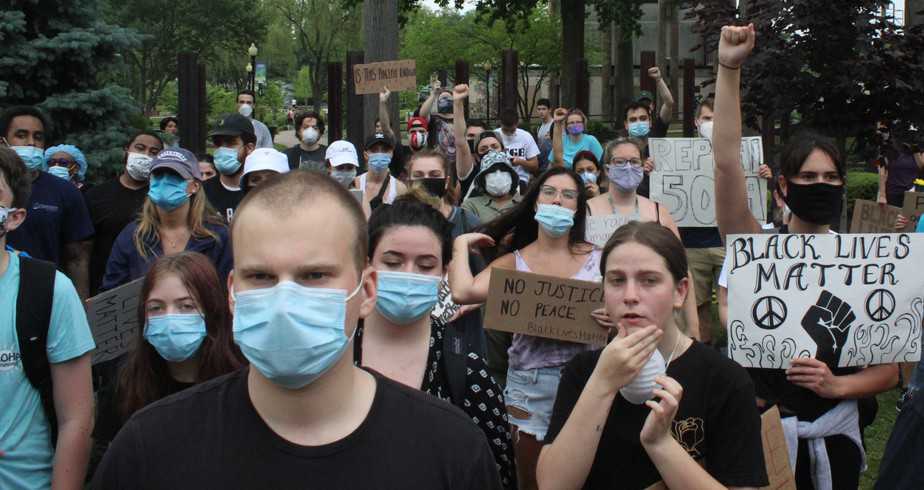 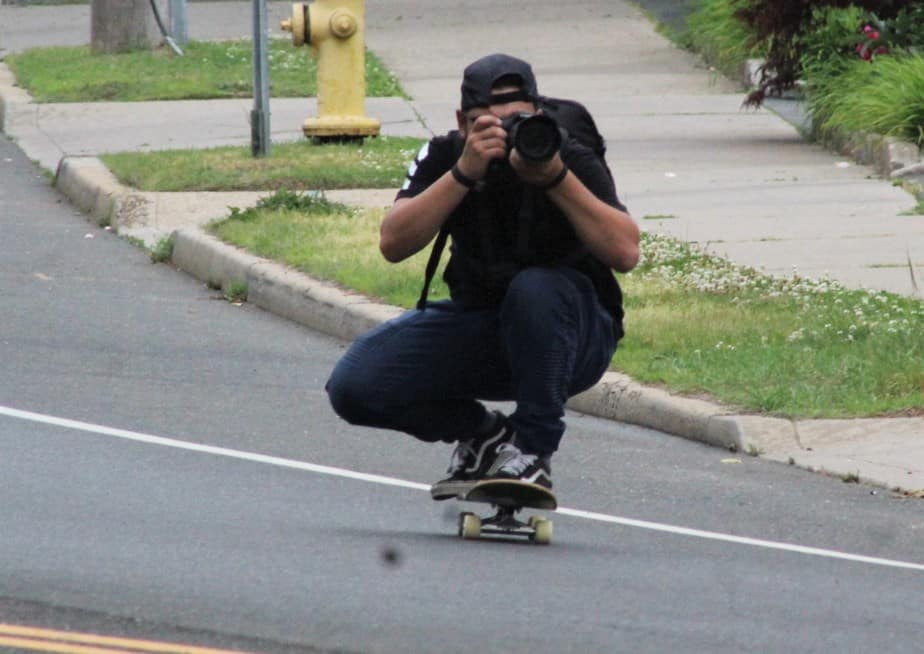 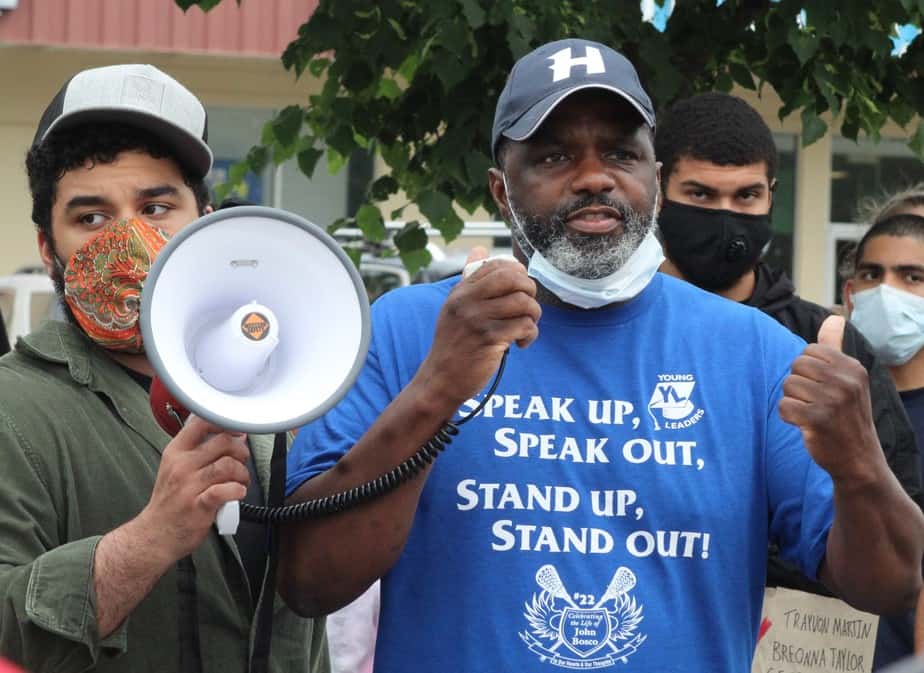 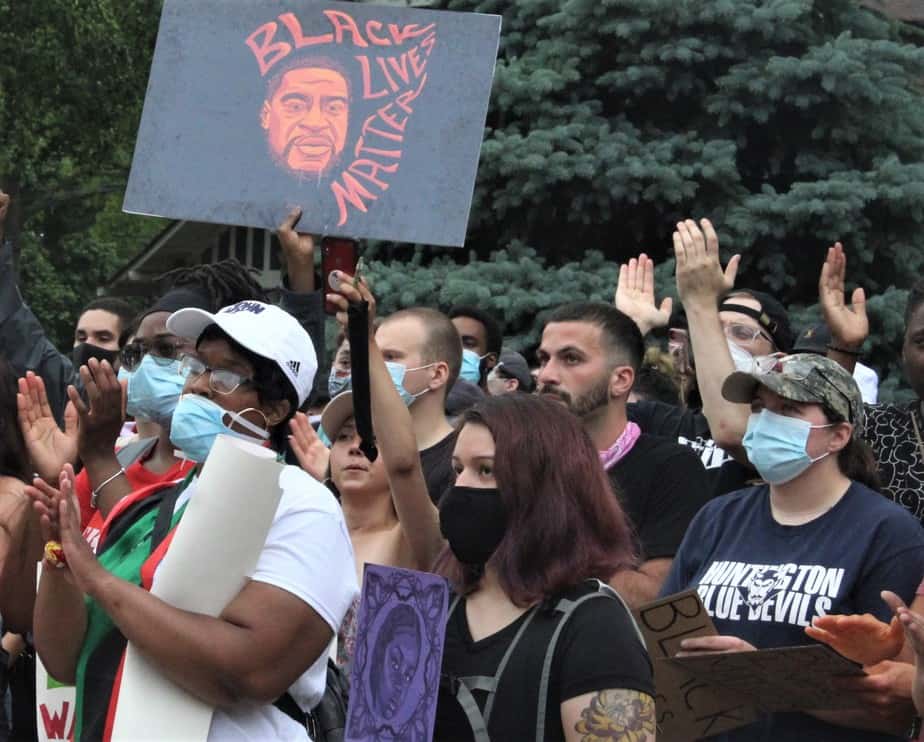 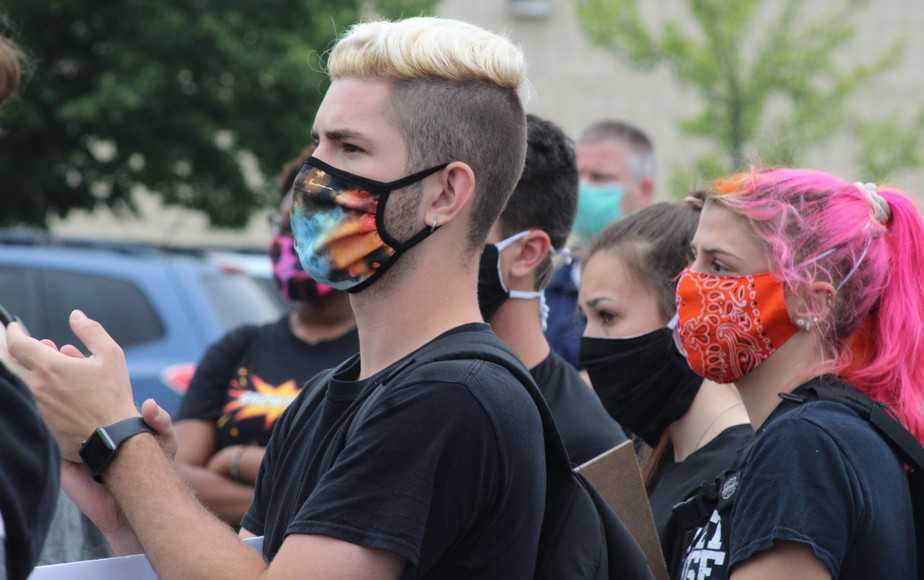 For the fifth day, marchers took to the streets of Huntington Friday for a peaceful protest against racism and the death of George Floyd while in custody in Minneapolis.

It was also the third day that a community activist tried to persuade the  crowd not to march, saying that it put young Huntington residents at risk should someone in the crowd decide to turn violent. Kevin Thorbourne said that previous marches had led to a plan for a meeting with officials next week to discuss issues. On Thursday, he argued that “our kids’ blood is on your hands if something happens.”

On Friday, he appealed again for the crowd not to march, noting that several elected leaders and police officials had joined a march earlier in the week, but after a voice vote, and insistence that the march was about issues beyond Huntington, the protesters again headed out of the Big H center and marched to Heckscher Park.

Several speakers talked about the need for unity, their recognition of racial problems, and registering to vote; one led a round of applause for the Suffolk County police on hand.

The protests got started in Huntington on Sunday when hundreds gathered on the sidewalk on Route 110 just south of Jericho Turnpike. In addition to the marches every day during the week, two other protests took place at restaurants after one owner made a video filled with racial slurs. He and another restaurateur who accompanied him have both since apologized.