Updated: Huntington bay constables rescued a family of eight from Huntington Bay after a wave overturned their boat on Sunday.

The 16-foot boat was carrying a Huntington Station family of four adults and four children, ages 1 to 10, the Town of Huntington said. One child, a 4-year-old, was initially trapped under the vessel but was rescued by his father, the town said. The boat is registered to Jose Marco Moreira from Huntington Station.

The town issued a summons for overcrowding. The capacity plate on the boat allowed for six passengers, including the captain and all children and infants.

Supervisor Chad A. Lupinacci praised the Huntington Harbormaster’s team of bay  constables.  “Great work by the Huntington Harbormaster’s Bay Constables on duty this Sunday. We are very lucky to have the team of professionals patrolling Huntington’s waterways that we do – this boating emergency could have turned out very differently with overcrowding and a strong wave,”  Lupinacci said. “Boaters, heed the capacity limits on your vessel, always wear your life jackets and remember, you are responsible for your wake.”

The Huntington harbormaster’s team, consisting of Senior Bay Constable Ryan Sammis and Bay Constable Roy Mathison on the Marine 1 response boat and Bay Constables Tim Lutz and Don Dizomba on Marine 3, responded to a call from a Good Samaritan that came in at approximately 4 p.m.

All passengers  were wearing life jackets, which senior Harbormaster Fred Uvena said saved their lives while they were waiting for rescue.

Halesite Fire Rescue took all the children and two adults to Huntington Hospital for observation. 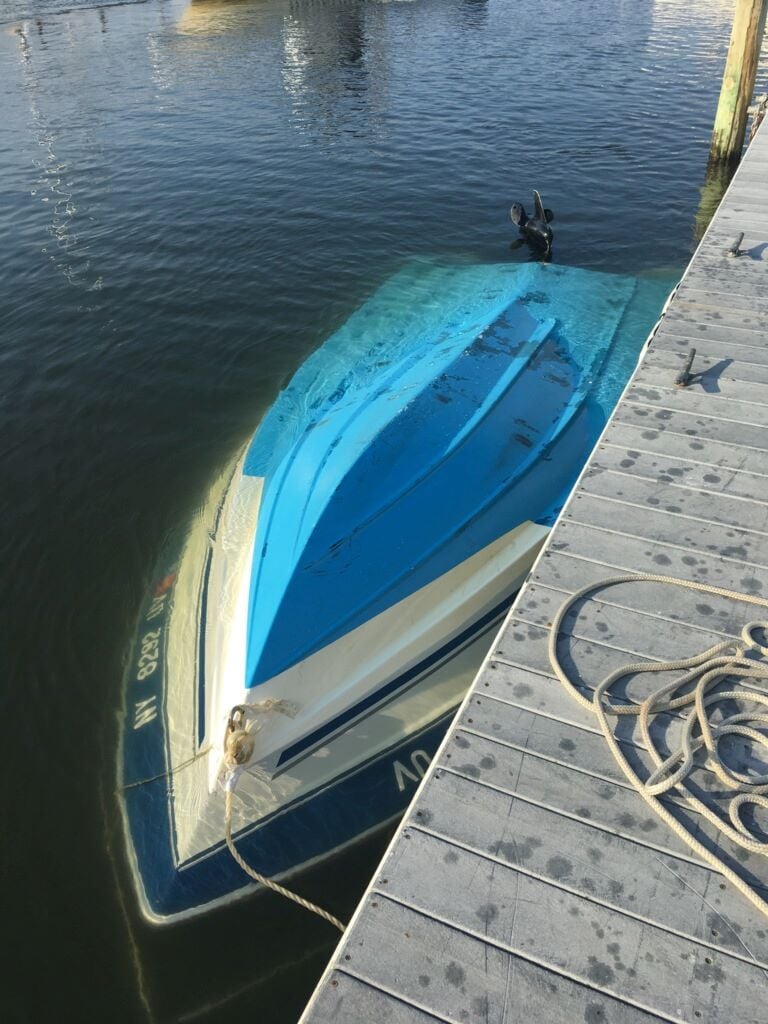 One Reply to “Updated: 8 Rescued After Boat Overturns in Huntington Bay”