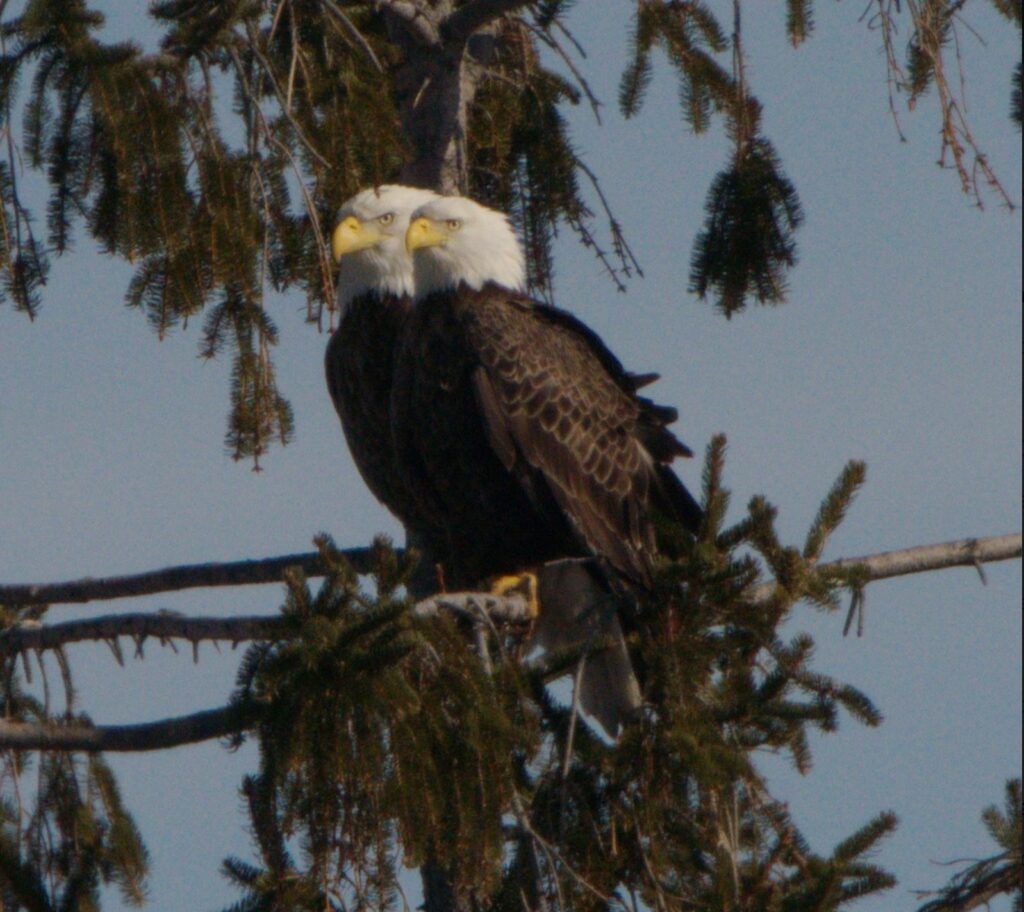 The Huntington Zoning Board of Appeals will take up a request next week that has riled residents worried about the impact on a pair of bald eagles nesting in Centerport.

The eagles’ nest at Mill Pond is across Route 25A from Alec Court, where two new homes will be built.

At issue is the request to level the backyard of the property and build a retaining wall, which requires ZBA approval.

That request has stirred up the community organization, Bald Eagles of Centerport, an enthusiastic group of residents and many others who photograph the birds and follow their comings and goings. They say the changes allowed through the variances would improperly affect the eagles and come within 600 feet of the birds’ nest, and therefore, can’t be permitted. The group has been highly protective of the eagles since their nest was discovered in 2017.

“It would also be at eye level with their nest, obstructing their views. Deforestation in the area of the Eagles nest is also part of the construction plan,” the residents say in a petition on Change. org. “Eagles choose their nesting location very carefully. There must be adequate food sources and unobstructed views. If the habitat is disturbed, they will abandon the nest.”

They believe the ZBA should vote against the variances, which involve the size of a retaining wall and a sideyard variance.

A March 3 letter from senior planner Matthew Wieder to the ZBA read, in part, “The Planning Board strongly recommends that the Zoning Board should not decide this matter until they receive input from the New York State DEC to ensure  compliance with the New York State Bald Eagle Conservation Plan, and no approval of any variances should be granted that allows for a development that does not meet the standards of the NYS Bald Eagle Conversation Plan.”

But the Town of Huntington said that the state already said that, should the board approve the proposals, the applicant will be required to consult with the state about the eagles, before the town could issue any building permit.

The bald eagles are no longer covered by the federal Endangered Species Act but they are protected by the state Environmental Conservation Law.

The Zoning Board of Appeals meets Thursday at 6 p.m.