A public hearing on the legalization of basement apartments was removed from the Huntington Town Board agenda Wednesday night but residents on both sides of the issue had their say anyway.

The public session included a sharp exchange between Zak Zethner, who supports basement apartments  and Supervisor Ed Smyth. Zethner, a George Wasington University student who has been involved promoting more housing in Huntington said, “Before I finish up, I would like to remind Supervisor Smyth of his past promises which he seems to have forgotten with his baseless opposition to this commonsense legislation,” then pulled out a device and played an audio of Smyth talking about the need for housing, including apartments.

But Smyth said nothing about basements on the recording. When the recording ended, Zethner said, “Supervisor, for our town’s sake, keep your promises.” As Zethner stepped away from the lectern, Smyth responded by saying, “To clarify, i said apartments, I didn’t say basement apartments. There’s not one house” before Zethner interrupted him to retort, “Potato, Potahto. I mean, come on.” Smyth came back to say, “There’s not one house in this town that can’t have an accessory apartment built in to it.

“It was downzoned so that you could have a 50 by 100 lot and build an accessory apartment into your home. You just have to build it on the first floor or the second floor.”

At issue was a resolution by Council members Sal Ferro, Joan Cergol and Dave Bennardo that would have legalized new requests for basement apartments, which would subject them to regular town safety inspections. New basement apartments were barred in 2019, part of an agreement for other changes in housing laws. Supporters argue that many basement units that were never approved are unsafe, and that legalizing what is already here would make them safer.

The resolution to remove the public hearing came about after some first responders complained that the units made them unsafe if they responded to an emergency. But supporters said they will fine tune the resolution and bring it back to the Town Board at a future date.

And some residents who opposed the legalization complained that the apartments would add to overcrowding and damage the environment in Huntington.

Christine Suter said sewage issues weren’t addressed in town code. “I’m sick of watching propositions come out with​out first addressing our infrastructure. I’m sick of not being able to swim every time it rains,” and said that the town needs to deal with sewage problems before allowing future developments.

The meeting also featured Seth Selesnow, director of marketing and public relations for Alure Home Improvements. Ferro previously owned the company but has said he sold it in order to serve on the Town Board. A flyer from the group Save Huntington Village that circulated recently attacked Ferro and said, among other things, “Of course he wants them; he’s in the basement business.”

Selesnow, however, said that Ferro had sold the company and Alure had moved out of the basement business in the last few years. And Ferro said he had asked for an opinion from the town atorney’s office, and “It came back that there were no violations and no issue involving ethics whatsoever,” he said. “This issue was hijacked by group of individuals hellbent on changing the narrative and misleading the public.” 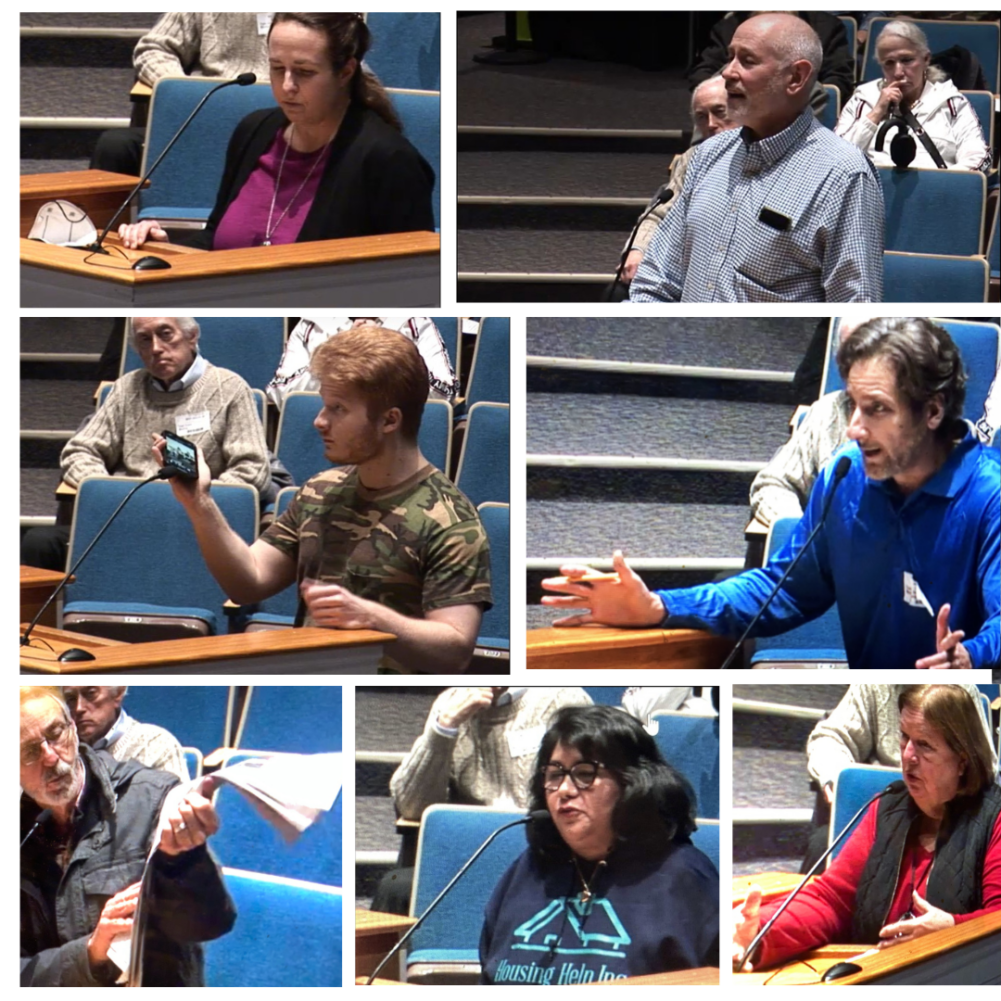