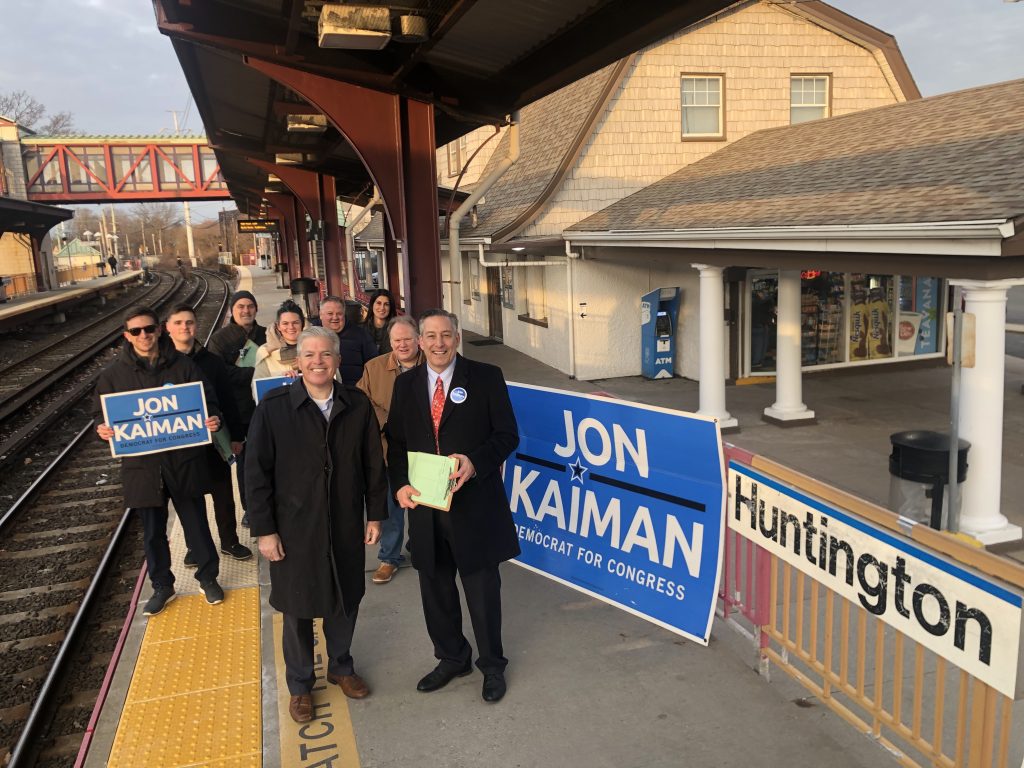 The Democrat is running to succeed Tom Suozzi, who is running for governor.

“Jon Kaiman is one of the most effective governmental leaders in New York State. In this time of crisis, we need to send true leaders to Congress like Jon Kaiman, who will fight for our principles and deliver real results,” Bellone said.

Kaiman and Bellone also discussed issues with commuters, including the Russian invasion of Ukraine. “President Zelensky stepped up on behalf of his people and has shown real courage in the face of mortal danger,” Kaiman said.

Kaiman, former supervisor of North Hempstead, has been serving as a deputy county executive to Bellone.

Our Revolution was launched by Bernie Sanders following the 2016 election to help everyday Americans take on the corporate establishment.

“Melanie D’Arrigo is the right candidate to represent New York’s 3rd Congressional district,” said Joseph Geevarghese, executive director of Our Revolution. “She’s a member of Our Revolution and an activist who has been building the progressive movement with us on Long Island for a long time. She knows our struggle firsthand – born to working class parents and raised in a union household. She’s a healthcare advocate on the front lines of the fight for Medicare for All and a climate activist who will help us to win a Green New Deal.”