Protesters demanding justice returned to Tutto Pazzo restaurant Tuesday to underscore their anger at racist comments made by one of its owners and to push for the end to racism and police brutality.

The march, from the Big H center to Tutto Pazzo, was once again a mix of races and ages, but was led primarily by several young men who called for justice through a repetition of chants that included Black Lives Matter, the names of several black people who have been killed in encounters with police officers around the country, and “no justice, no peace.”

As they marched, their chants sometimes boomed off commercial buildings. And, as happened in other protests this week in Huntington, they were greeted by an outpouring of applause and a honking of car horns in support.

Several elected officials and educators, including the entire Huntington school board and Superintendent James W. Polansky, joined the hundreds of others on the march for at least parts of the route.

When the crowd reached the restaurant, several speakers urged unity, called on white people to stand with them, and encouraged young people to register to vote.  The crowd roared its approval after each speaker concluded.

The restaurant owner, Luigi Petrone, had videotaped himself calling the participants in Monday’s Black Lives Matter march “little animals, savages” and said he had watermelons ready to throw at them. In response, protesters on Tuesday morning headed to his by then-boarded-up restaurant on New York Avenue, collected hundreds of watermelons from supporters who dropped by to deliver them and condemned him for his remarks. The watermelons, estimated to total  about 300, were later donated to Gloria Dei Evangelical Lutheran Church food pantry.

Also on Tuesday, Joey Petrone, brother of Luigi and co-owner of the restaurant, videotaped a message criticizing his brother’s comments, saying, “I’m deeply sorry for the horrible words and the hurt my brother Luigi caused yesterday.” As a result, he said, he was no longer in business with his brother.

Tuesday’s march was at least the third protest in Huntington this week, a response to the death of George Floyd, who died last week after a police officer in Minneapolis leaned on his neck while he was lying prone on the ground after he was arrested. The videotape of his death has provoked outrage around the country, with some protests turning violent amid clashes with police. 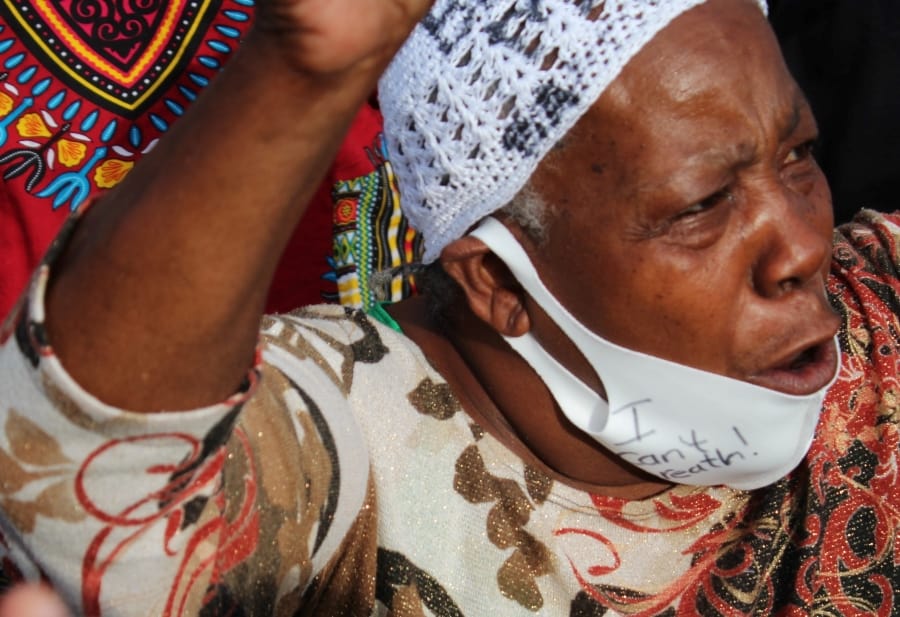 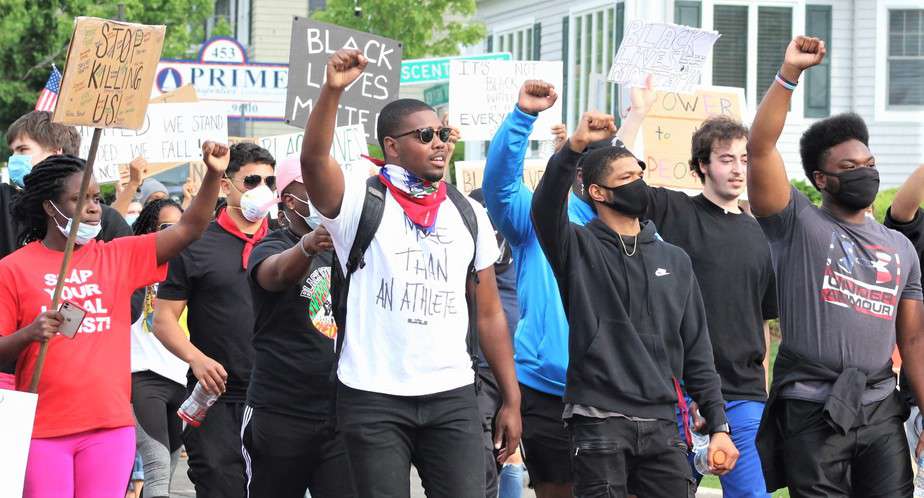 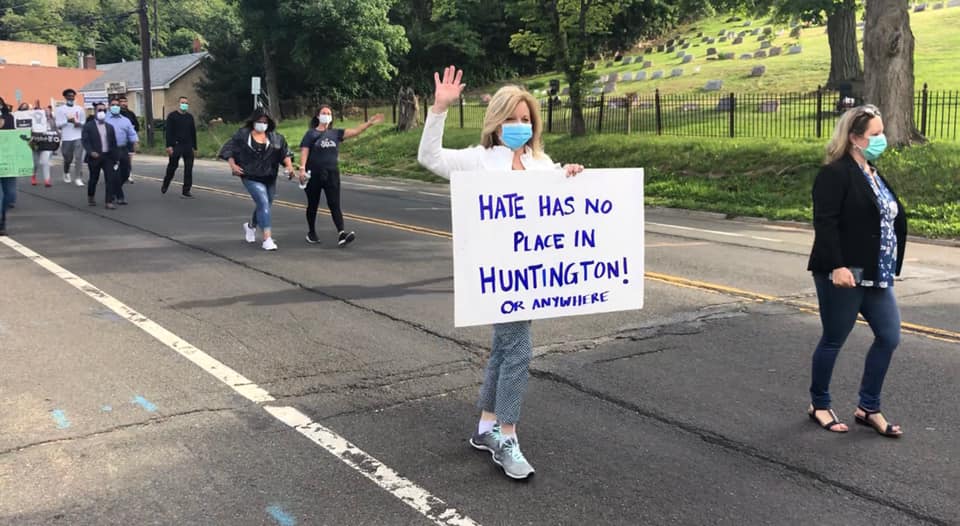 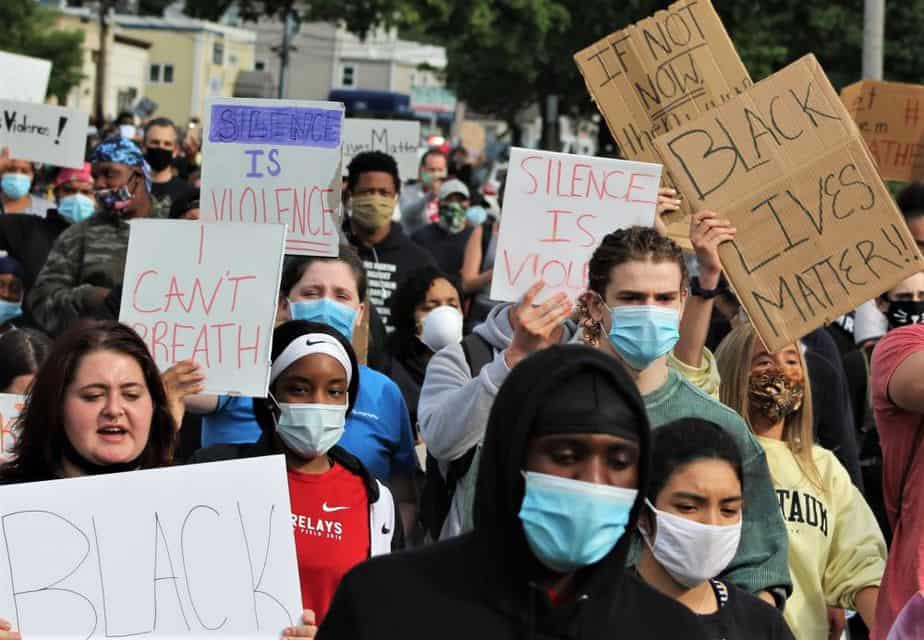 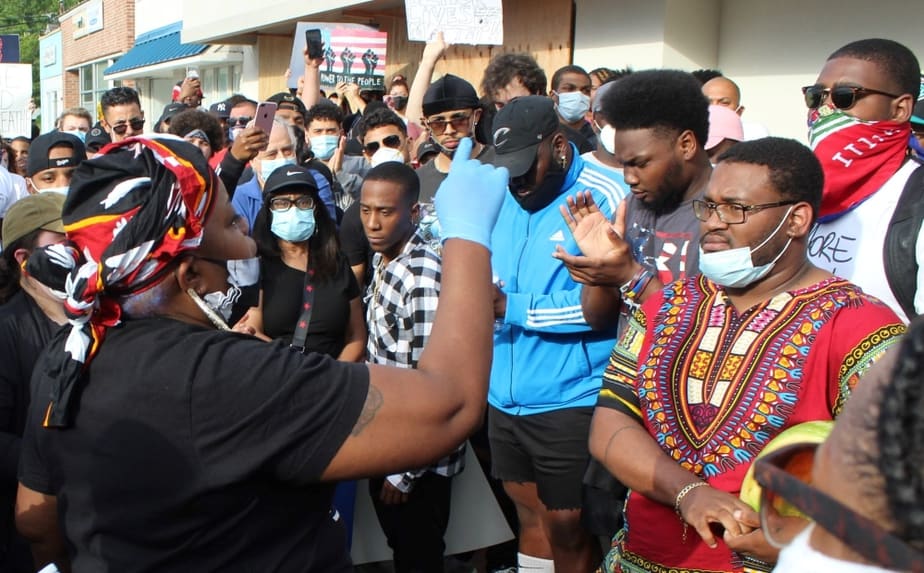 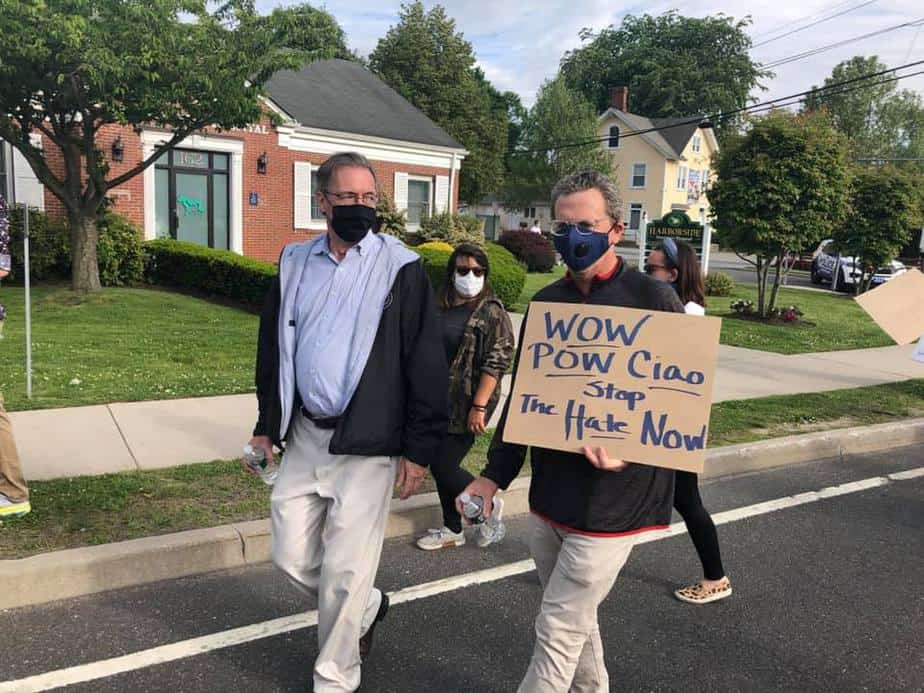 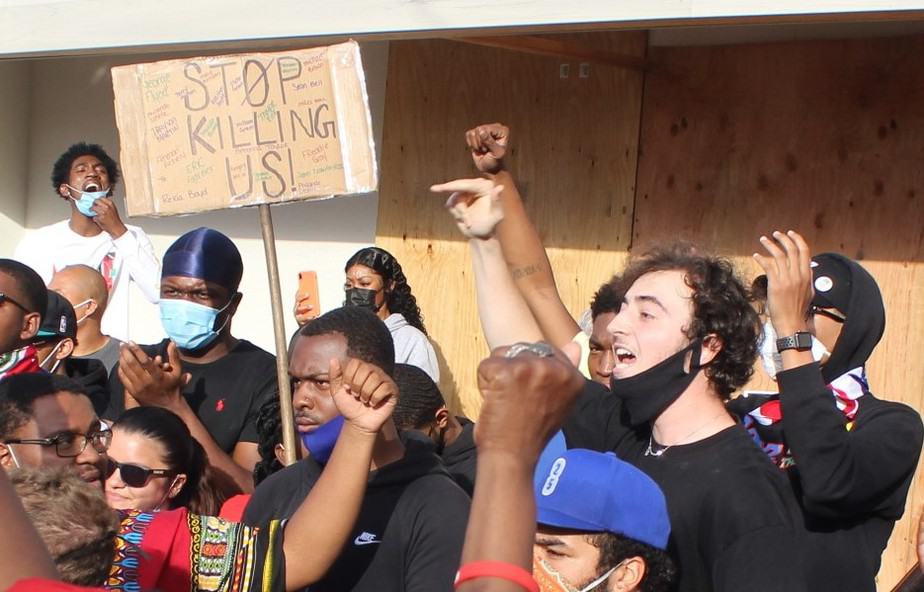 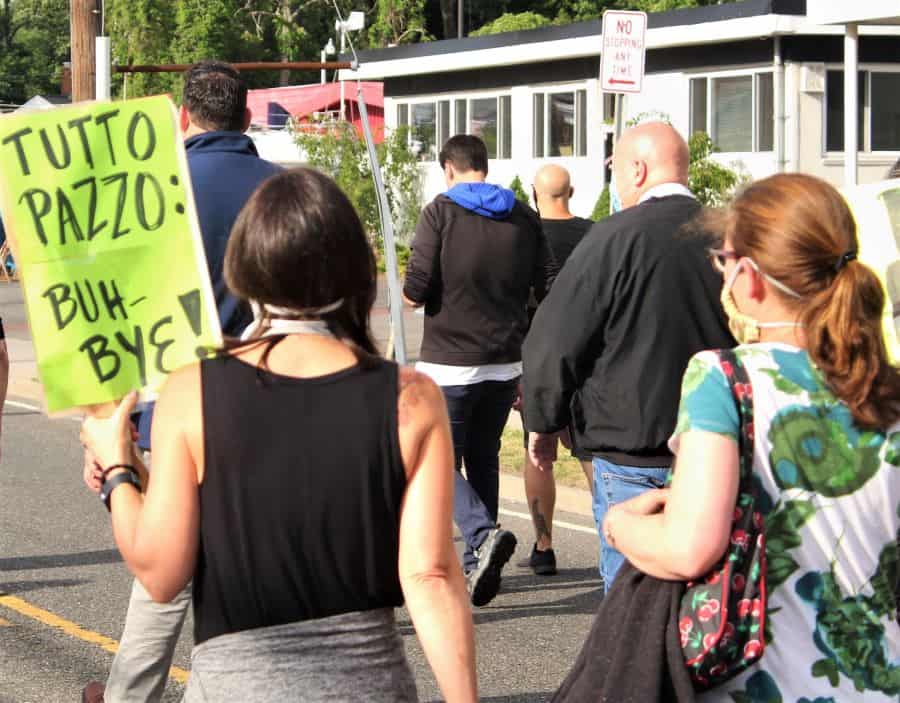 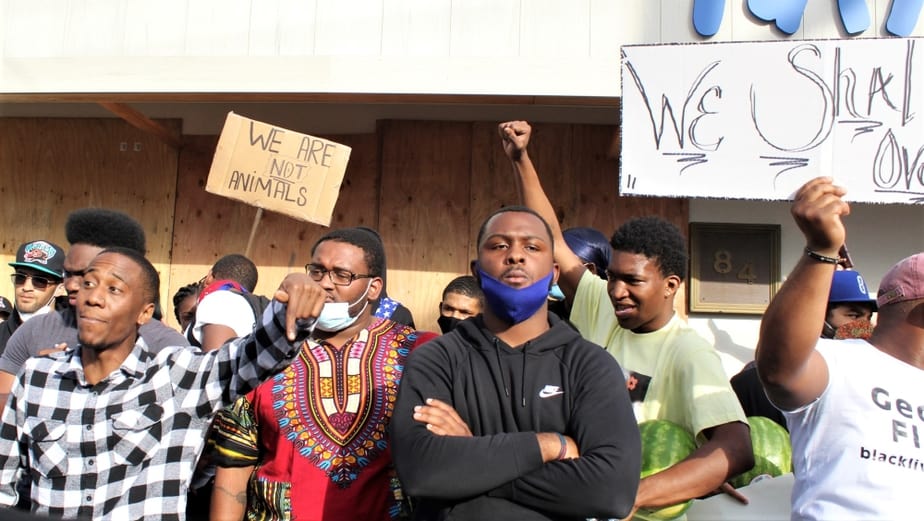 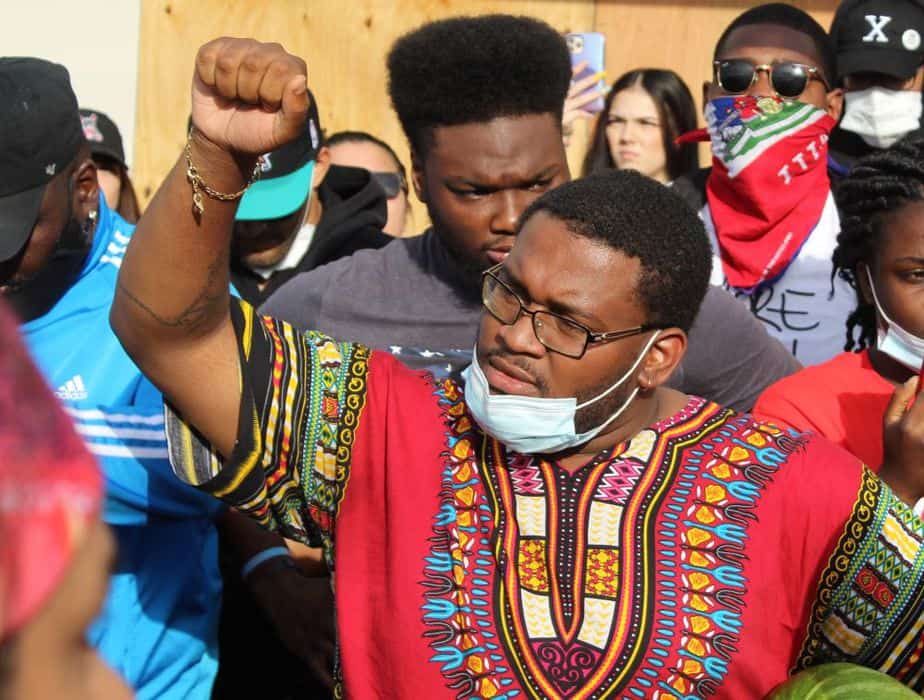 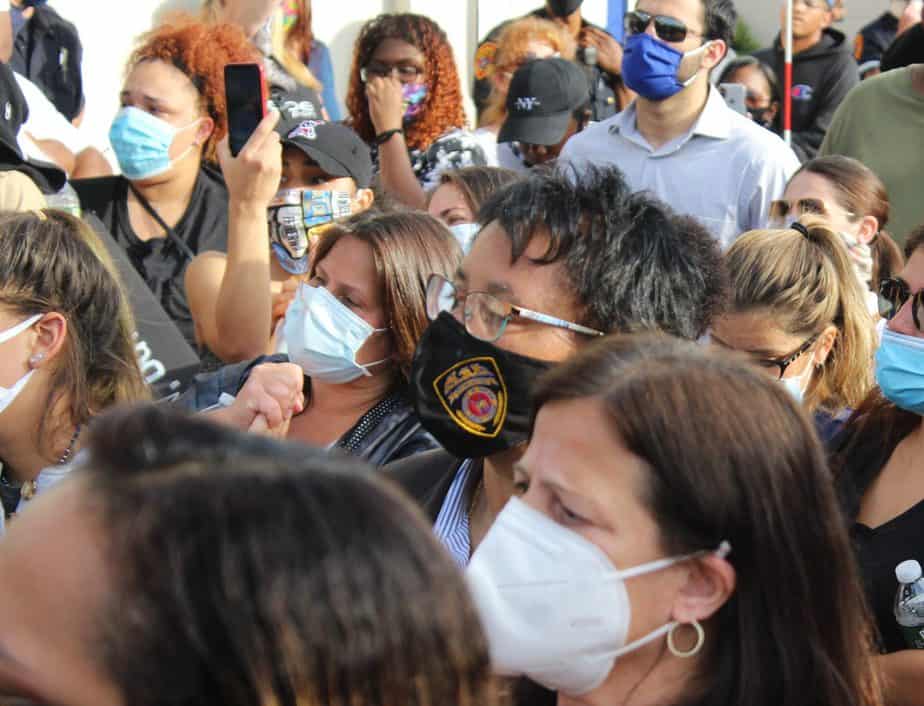 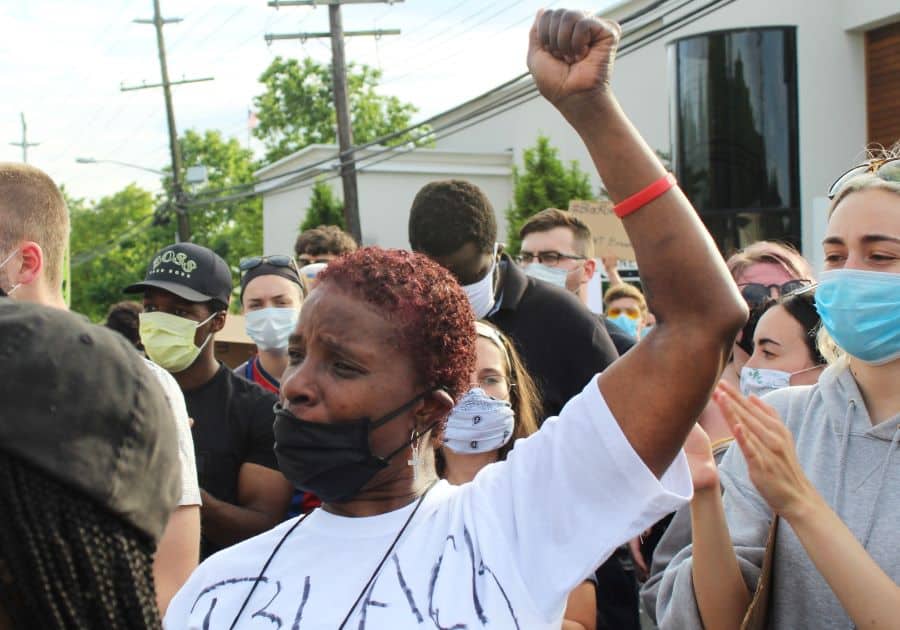 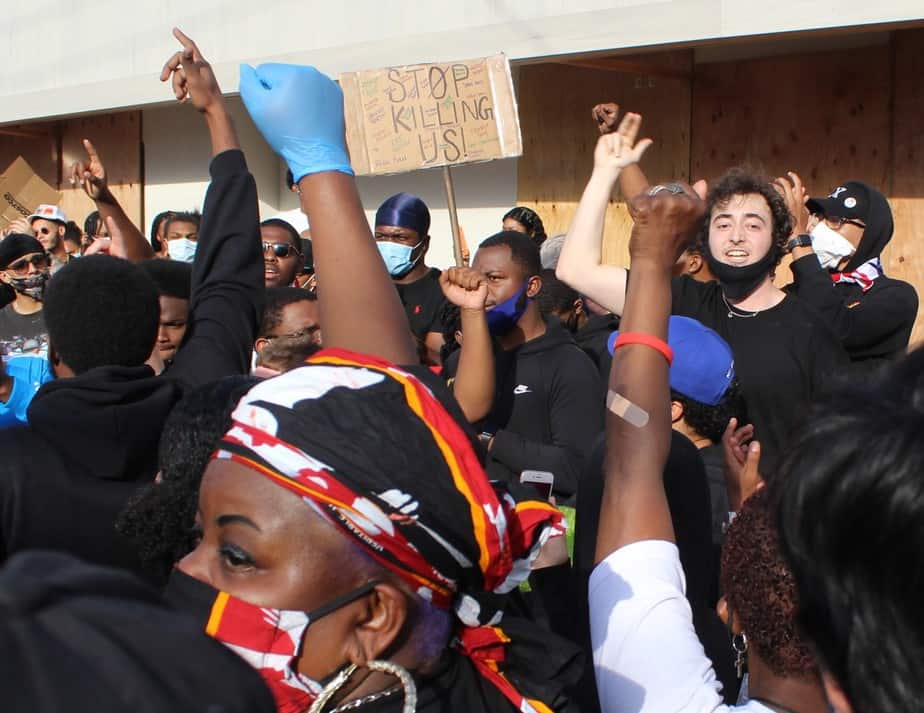 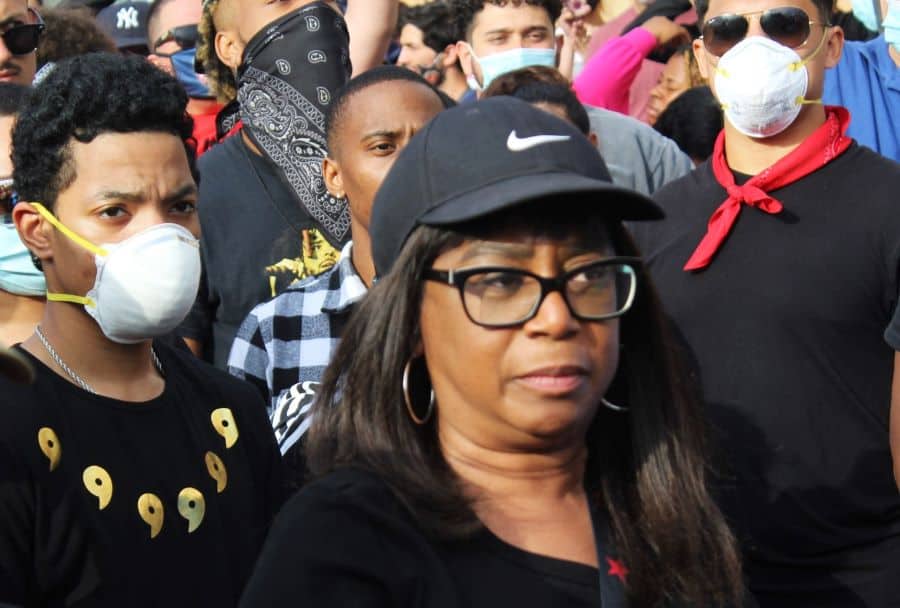 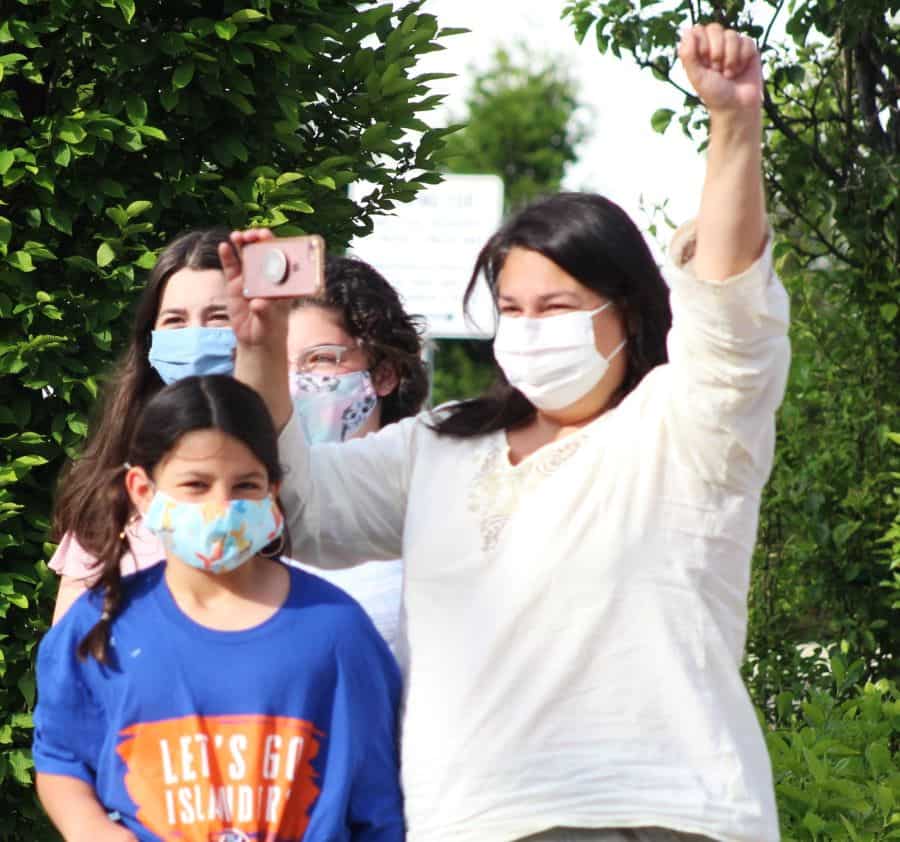 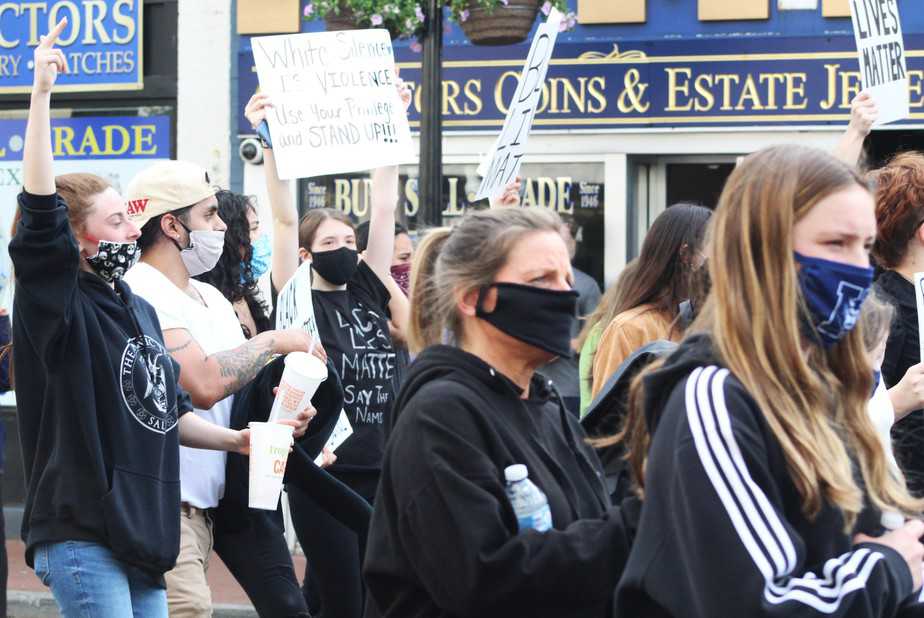 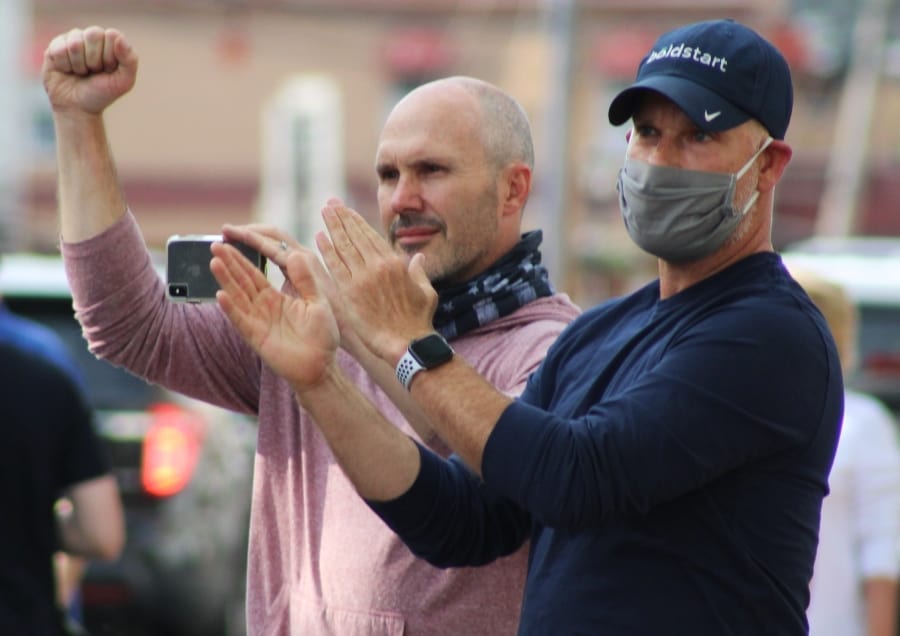 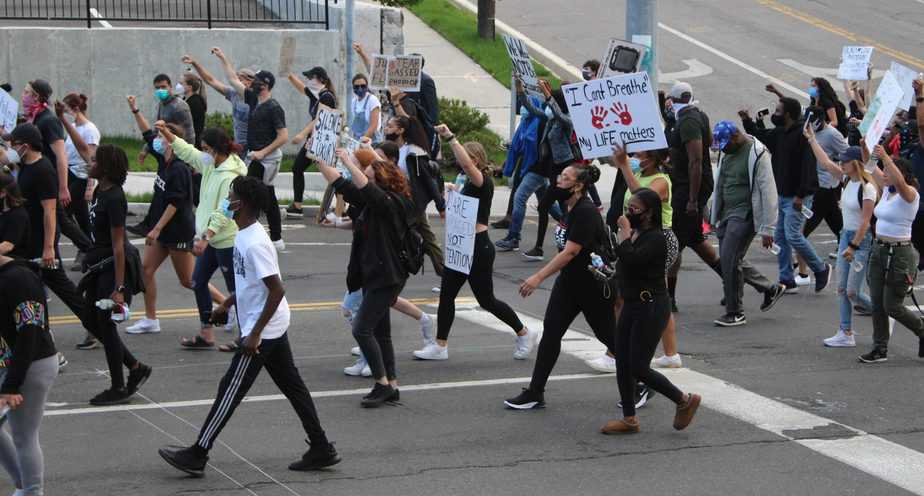 Returning to the Big H center 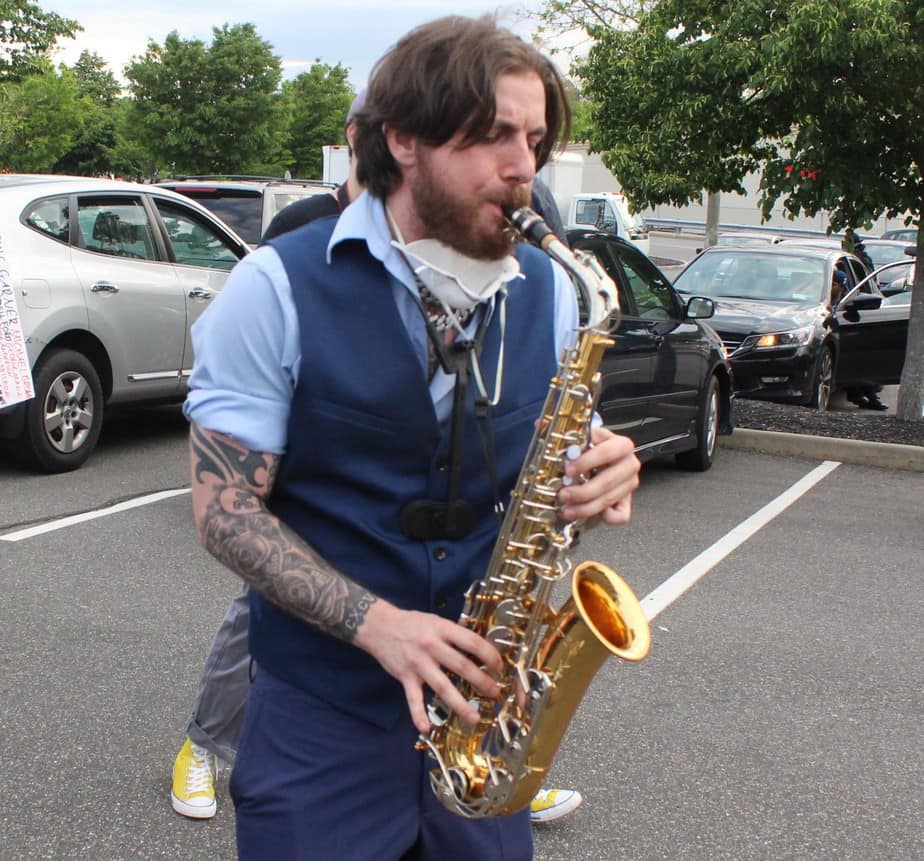 Playing “Amazing Grace” at the end of the march