A 12-year-old boy intent on starting his own business instead  used some of his success into a large gift of charity, brightening Christmas for scores of other children.

Dennis Gallagher said his son, Declan, wanted to make some money by selling scraps of wood left over from his father’s business, Dennis Gallagher Construction. The plan was to take leftovers, cut and bundle the kindling and sell them.

“With the holidays, we wanted to see if we could do something good,” Gallagher said. “We’d do the regular business, but then all the proceeds for a month would go for toys” After advertising the project online, Declan got support from local groups. He raised about $1,200 and turned the money into a bonanza, buying more than 110  toys. Because the project got underway before Thanksgiving, he was able to take advantage of Cyber Monday sales.
“We’re so proud of him that he was able to help others and understand that there are other people who aren’t ” doing as well as everyone.
The Gallaghers delivered the toys last week to the U.S. Marine Corps’ Toys for Tots collection at Huntington Town Hall for distribution before Christmas. 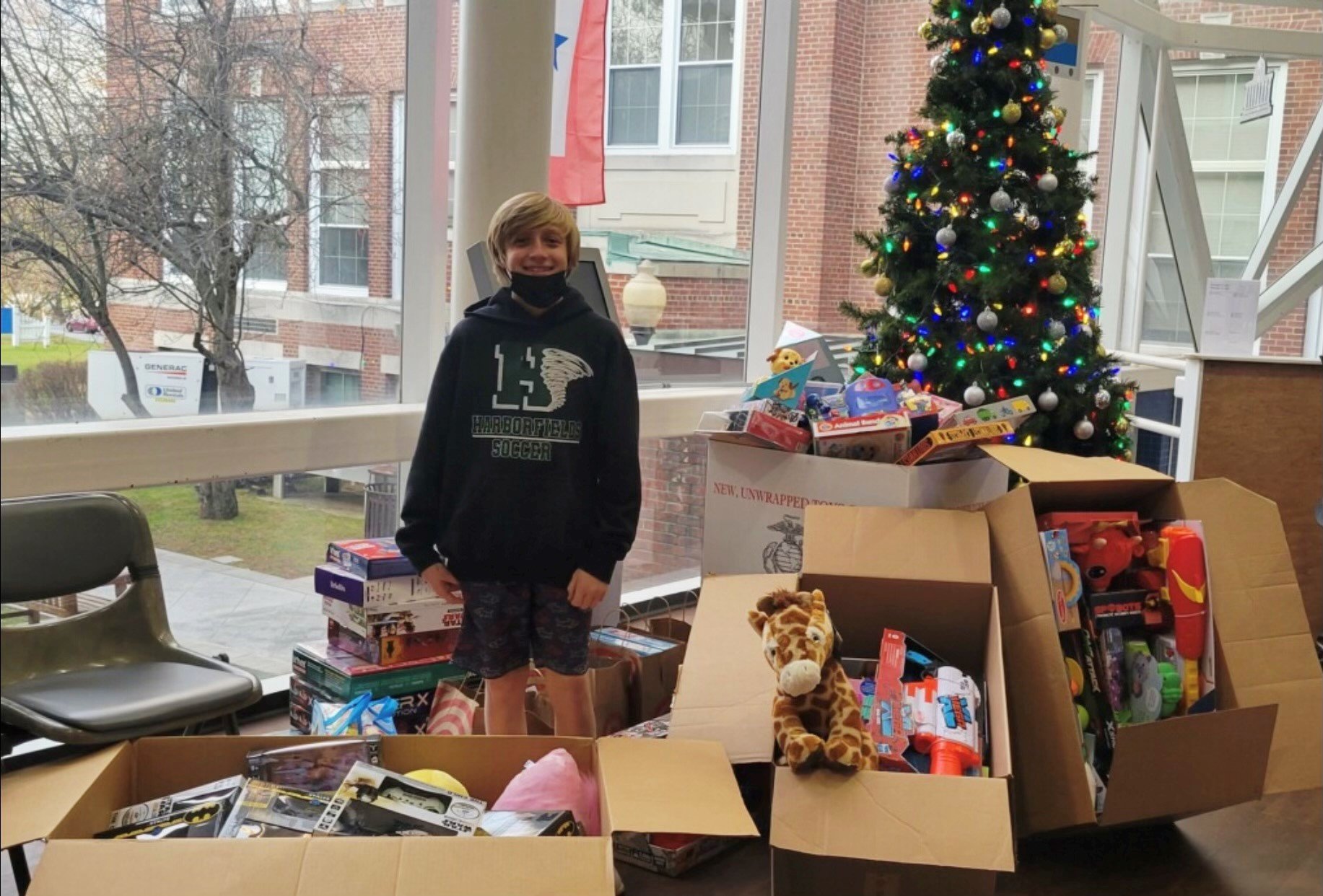 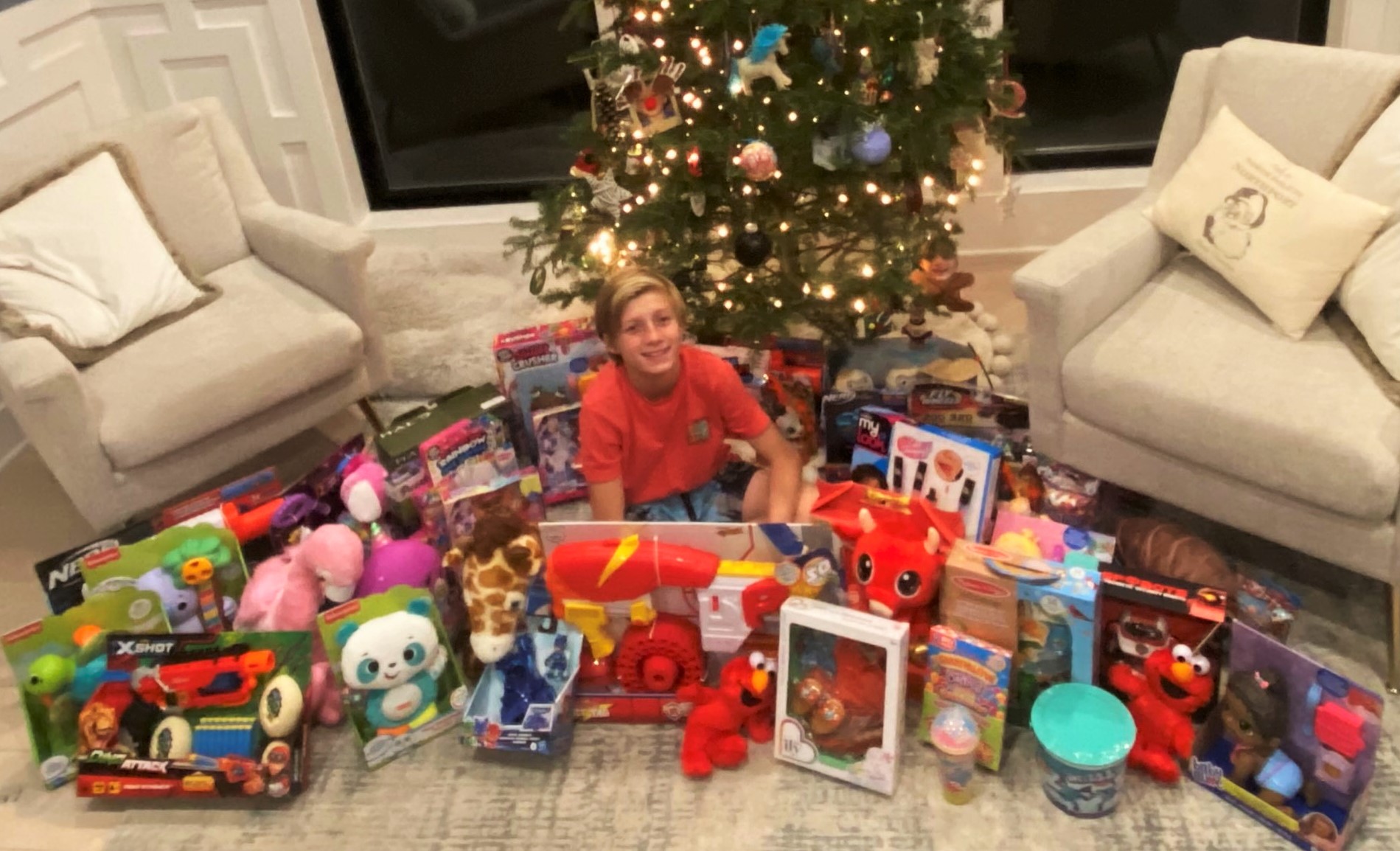