Facebook Twitter Email Instagram Phone
Home »Business»Cafe to Debut With Menu Focusing on Healthful Food Choices
A new cafe, this one featuring a mostly vegetarian menu, is getting ready to debut in Huntington Village.
Roots Juice Bar and Cafe, at 392 New York Ave., is owned by Seth Sloan, who said he saw a need in the village for healthy alternatives, and what he described as fast casual. “Everybody’s a lot more health conscious,” he said. “I’m not personally a vegetarian, but I’ve leaned toward that because i feel better. I do have add-on options, such as grilled chicken, eggs, or other foods.
“We’ll do food plans for people who don’t have time to cook,” he said. The menu will focus on healthy foods, juices and smoothies.
While the cafe won’t have a commercial kitchen, food will be prepared raw and fresh, he said. “The town desperately needs. something like this,” he said.

At 39, he has been working in the food industry since he was 16 years old, including going to culinary school and running his own kitchens.

“This is where I’m from, this is where I want to be,” he said.
Formerly at Real Food Real People, Sloan said he worked through the epidemic and quarantine, helping prepare meals for healthcare workers.  He’s now ready to make his mark with a new style daytime cafe. 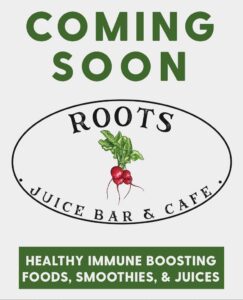 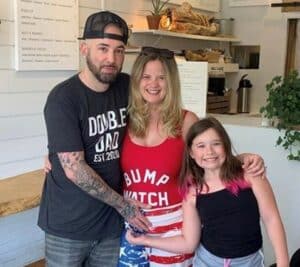