Religious leaders, elected officials, civil rights figures and others gathered Thursday in Centerport to denounce acts of racism and other bigotry that have occurred on Long Island and to sign a pledge against hate.

In Huntington, recent reports of racism have included a Chinese-American member of a school board who said he’s been told to “go back to your own country,” a black actor walking along the street in Northport targeted with a racist slur, a rabbi leading  said a man had shouted and interrupted a religious service in a park, and the discovery of swastikas and other graffiti near or on school grounds.

Speakers appealed to residents to oppose bigotry, in all forms, from gender discrimination to racism, to religious bias and in any place where “hate is sticking up its ugly head,” as civil rights leader Fred Brewington said.

Brewington led the Long Island Advocates for Police Accountability rally, with leaders from both Suffolk and Nassau Counties, including U.S. Rep. Tom Suozzi, State Sen. Jim Gaughran, Huntington Town Councilwoman Joan Cergol, Nassau officials, pastors and rabbis from around the community, and the Suffolk County police department.  Many any drew parallels between hate and a viral epidemic that needed to be stopped.

Speakers and others later signed the “People’s Public Proclamation Against Hate.”

About 200 people attended the event at Centerport United Methodist Church. 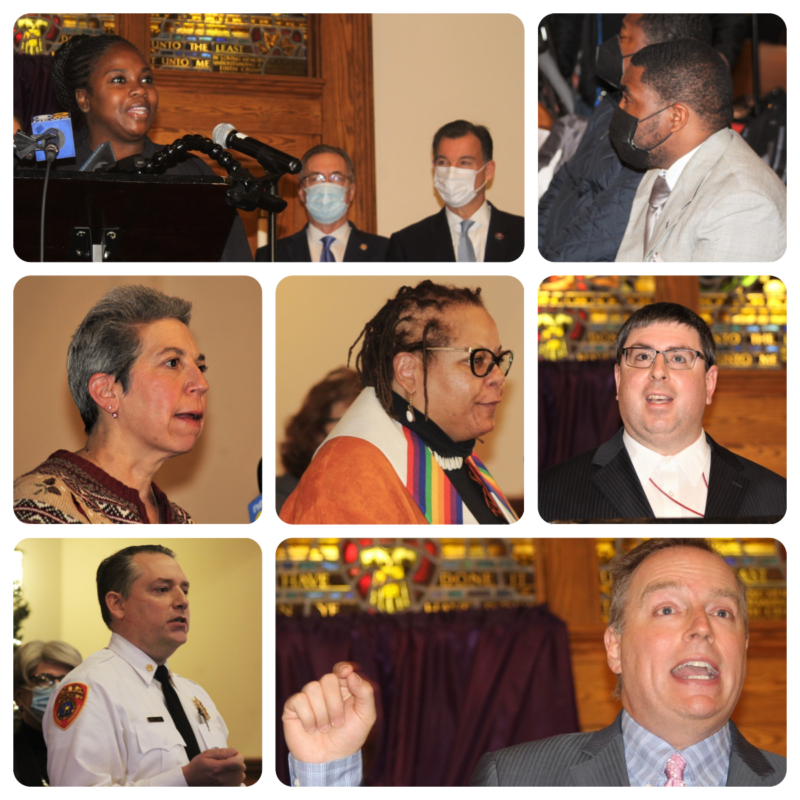