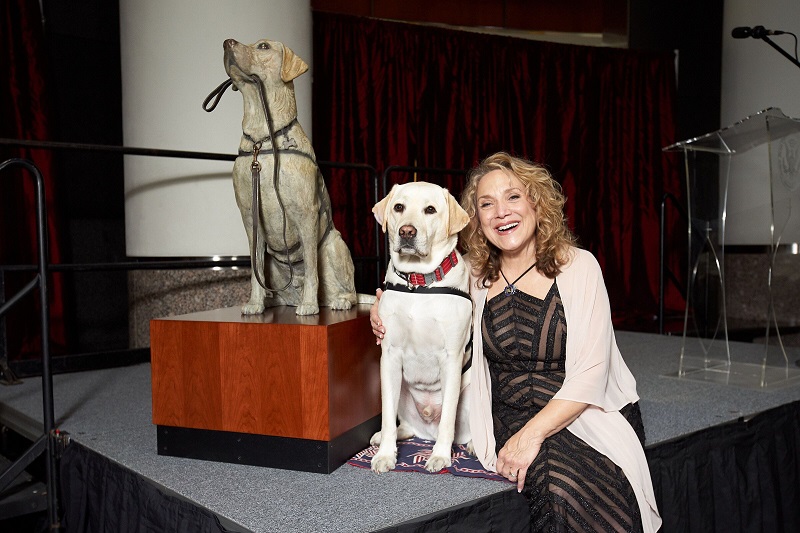 When a larger-than-life bust of iconic folk musician Harry Chapin is officially unveiled at the offices of Long Island Cares on Friday, serendipity will have a small role.

The late Huntington Bay musician, who died in a crash on the Long Island Expressway on July 16, 1981, was a philanthropist with a major focus on combatting hunger. A year before he died, he founded Long Island Cares, which now provides more than 10 million pounds of food and supplies to agencies around the Island.

Born in Brooklyn, Chapin moved to Huntington Bay where he pursued many philanthropic activities and was well known to his community and neighbors.

One of his next-door neighbors was Susan Bahary, who was in high school and whose younger siblings played with Chapin’s children.

“He had a tremendous heart,” she said of Chapin, who she said spent time helping her brother Gordon Bahary develop his music, and invited her to create a logo for his his world hunger campaign.

She would go on to a career in the arts, specializing in  sculptures honoring the animal/human bond and service animals.

One of her works featured Sully, the service dog for former President George H.W. Bush, which was unveiled at his library in 2019. When Long Island Cares/The Harry Chapin Food Bank began looking for an sculptor for the Chapin commission, Katherine Fritz reached out to Bahary based on her awareness of the Sully sculpture. “She asked me if I was interested. I went  ‘Oh my gosh, he was my next door neighbor!’  This was feeling like it’s meant to be!” Bahary said.

She accepted the Chapin assignment.

The bust, named “Story of a Life,” will be unveiled Friday at 11 a.m. at Long Island Cares headquarters,  10 Davids Drive, Hauppauge. The public is invited.