Representatives speaking on behalf of a planned Chick-Fil-A restaurant on East Jericho Turnpike say there’s a plan to prevent the traffic backups that have occurred regularly at another of restaurant in Commack.

At a Huntington Town Board public hearing this week, Councilman Mark Cuthbertson at one point referred to a potential traffic jam as the “Armageddon” scenario. That quickly became the conversation’s standard reference, with both Town Board and restaurant representatives agreeing that  a traffic backup onto Jericho Turnpike was to be avoided.

The restaurant building would be just slightly less than 5,000 square feet, sitting on about 2.5 acres.

The issue before at the Town Board was a request by the Lowe’s Home Center to lift a covenant that would govern the area where Chick-Fil-A would have its drive-up window.  Lowe’s had agreed to the covenant requiring a  30-foot setback when it planned to build a parking garage on the property for a store. Lowe’s eventually pulled out of the project, allowing Target to build a store instead, but the Lowe’s setback covenant remains in place for that space.

But most of the conversation at the public hearing revolved around traffic access and backup.

“I’ve expressed concern about the drive-through and queuing. What I’ve seen in Commack is that chick is not a normal drive through,” Cuthbertson said. “What we want to avoid a backup of traffic onto Jericho Turnpike. If we can avoid it with the way you planned it, great. Because we never want to see that.”

The Commack Chick-Fil-A sits on a much smaller lot.

Chick-Fil-A’s plan for Huntington Station involves “stacking” cars into two lines of traffic heading for the drive-up window, which they say could accommodate 23 under normal circumstances. They also said that the parking lot, with the help of employees directing traffic, could allow up to 48 cars to line up, something they said would be unlikely.

Cars heading into the restaurant would share a driveway entrance with those going to the Target store, with that store’s traffic turning right. Currently, relatively few cars turn left into the empty lot where Chick-Fil-A would be built

Traffic leaving Chick-Fil-A would either turn back into that shared driveway or use an exit that would allow only right turns, heading east.

No action was taken on the request;  with 90 days needed to enact the amendments to the covenants and restrictions of the prior zone change. 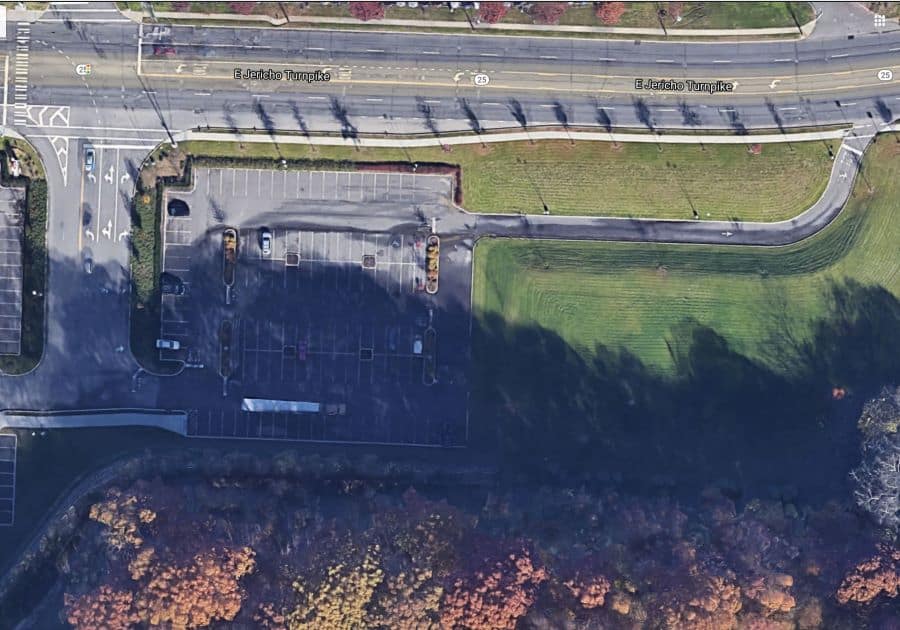