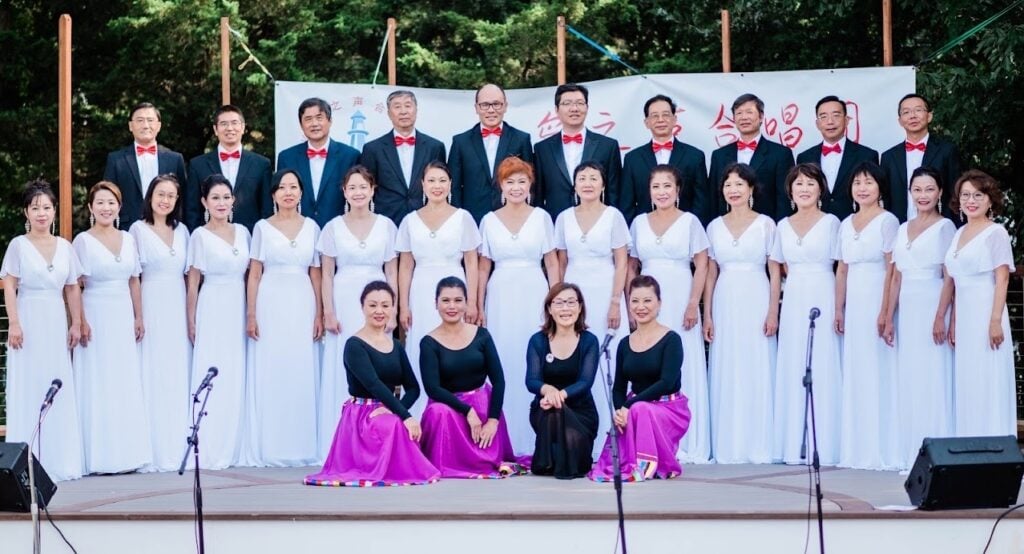 In their regular jobs, they are doctors, professors, entrepreneurs and other walks of life. But since 2014, the music lovers have been the Sound of Long Island, an Asian-American chorus that performs at a variety of events around Suffolk and Nassau Counties.

The group began coming when, as parents, they found themselves waiting for the children to finish classes at the Chinese school, which met at Half Hollow Hills West High School, said Dr. Yuan Gao, who was provost of the specialized school. To further their musical interests, they first formed a singing class. By 2014, they turned into The Sound.

None of the singers have professional training, she said, though the director, Ling Yan Zhou, is a professional singer who is a top-ranked soprano in China who joined the chorus in 2019. Gao is the third chorus president, and was preceded by Ruth Guan and Lan Hu. The group’s first artistic director, Haihua Shen, retired in 2018.

The group has performed at the Port Jefferson dragonboat festival since 2016; at a mid-autumn festival with Long Island Chinese-American Association, at new year’s celebrations and various other festivities in Commack and Queens, as well as the recent grand opening of the Half Hollow Hills Library. The library allows the chorus to rehearse in its space.

“This is singing something that I love,”There’s so many who love to sing, and I thought this was just such a wonderful activity. Not work but something to serve the community.”

Most of the 45 members live in or around Huntington, with others coming from elsewhere in Suffolk, Nassau and Queens counties.