​The future of the dilapidated boathouse at Coindre Hall has community activists opposing plans and the work that has gone on so far at the Suffolk County park.

Among other issues, activists are complaining that wetland vegetation has been improperly removed.

Suffolk County Legislator Dr. William “Doc” Spencer, however, said vegetation, including the invasive reed grass phragmities, has been cleared away from the boathouse area but the primary work involves preparations to repair a damaged seawall.

Spencer, D-Huntington, leads an advisory board that is meeting to review ideas for the area.

Community activists say that unauthorized demolition of wetlands on lower 12 acres of Coindre Hall Park was going on and that cattails had been removed improperly. Activists who visited the park last week alerted the DEC.

The advisory committee, Spencer said, doesn’t have power to make changes and that the ultimate decision lies with the county parks commission. He notes that the area also has a historical designation. “We can’t do a lot of things people are suggesting,” he said. Members of the committee include representatives of Suffolk County, the Town of Huntington, a boating club, baymen and a dogs group.

He said that  “One of issues is that the boathouse is literally falling into the water…We have restoration people to make sure it’s restored correctly. There were vines, weeds, kids were breaking in, graffiti” at the boathouse. He said the county is working with arborists, including the May Tree Service  to ensure proper work.

“Our goal is to revitalize, not redevelop,” he said.

What activists fear is that the area around the boathouse will be turned into a restaurant or other commercial site, and point to a Newsday article in March 2020 where Spencer discussed such possibilities as a drone landing site or boardwalk.

Desiree Benn, a resident who said she stumbled on the work at the park, said, “Decisions were made about a public park without public input. The bulldozers just arrived. There is a plan that they are following… But how can people who are not elected and do not use the park every day decide on the aesthetic?” 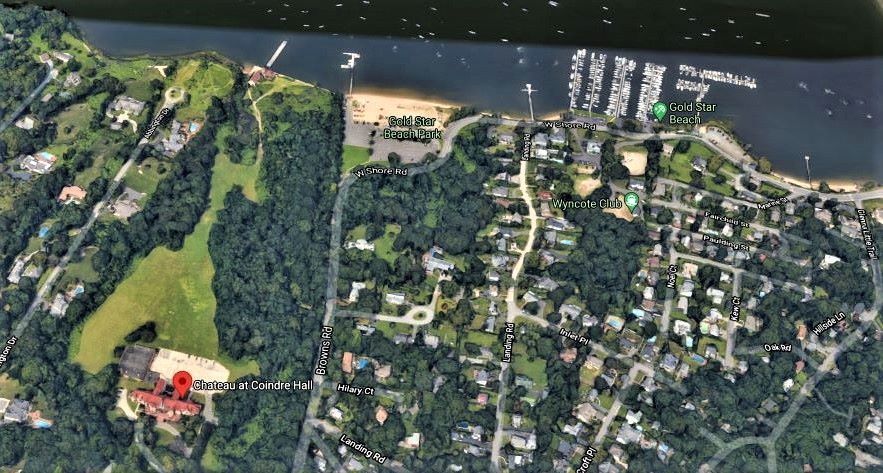