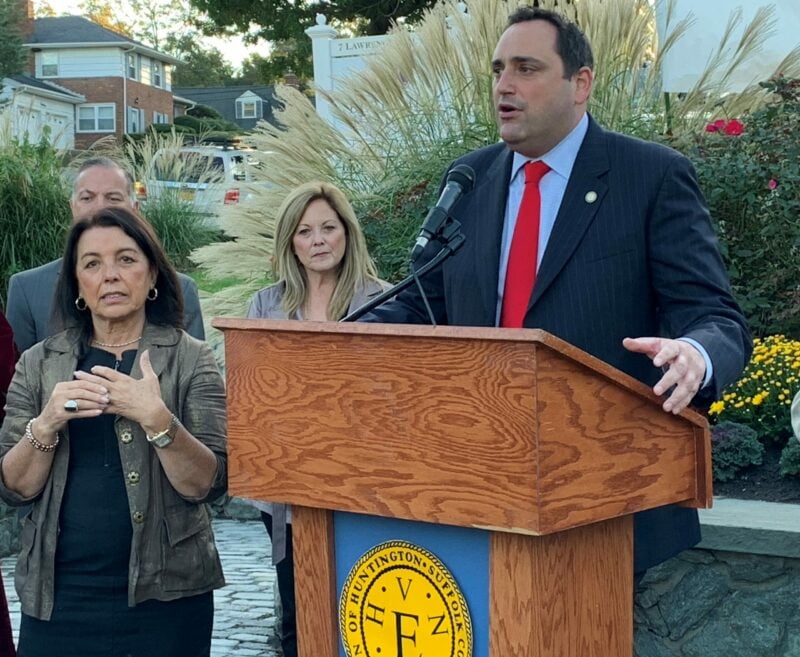 Italian Americans and other political and business leaders honored Christopher Columbus Thursday, calling him the founder of America and a cultural icon, as they gathered at his statue on Main Street to help launch the three-day weekend that celebrates his birth.

With a banner in front of the statue reading “America, a beautiful Italian name,”  speakers, some saying at least a few words of Italian, took pride in noting the impact Italian Americans have had on education, politics, the arts, entertainment,  science and more in the United States.

A wreath in the explorer’s honor was placed at the base of the statue.

Speakers pledged to defend the reputation and importance of Columbus, who in recent years, has come under attack for the effects he and other Europeans had on the indigenous cultures when they began arriving in the Western Hemisphere in the late 1400s and early 1500s.

A parade Sunday at noon will continue the celebration.