An entrepreneur is turning a former store in East Northport into a distillery that will offer a tasting space offering premium drinks by the custom glass as well as a chance to witness the distillation process in action.

John Pawluk said he hopes to open by June as he remakes the entire store area previously occupied by Four Star Home and Variety Store into  The Twisted Cow at the Hewett Square shopping center.

Among is offerings will be vodka, gin, old-school cocktails, anise, a product based on blue agave, and rum.

He promises “premium spirits made with Long Island’s highest quality grains.” Pawluk is enthusiastic and knowledgeable about his products and the process.

As a distiller, he has multiple licenses, including a New York State agriculture license that requires that 75 percent of the botanicals he uses to be grown in New York. He gets his grains from the fourth-generation Foster Family Farm’s Sagaponack Farm Distillery, and praises the help he has received from them and the quality of the botanicals essential to his produce.

Where did he get the idea to develop a distillery? “You try to make beer,  you start looking around, you say, ‘this kind of intrigues me,’ and you start doing some research, and one thing leads to another,” Pawluk, an accountant in a former life, said. ” It grabs you.” 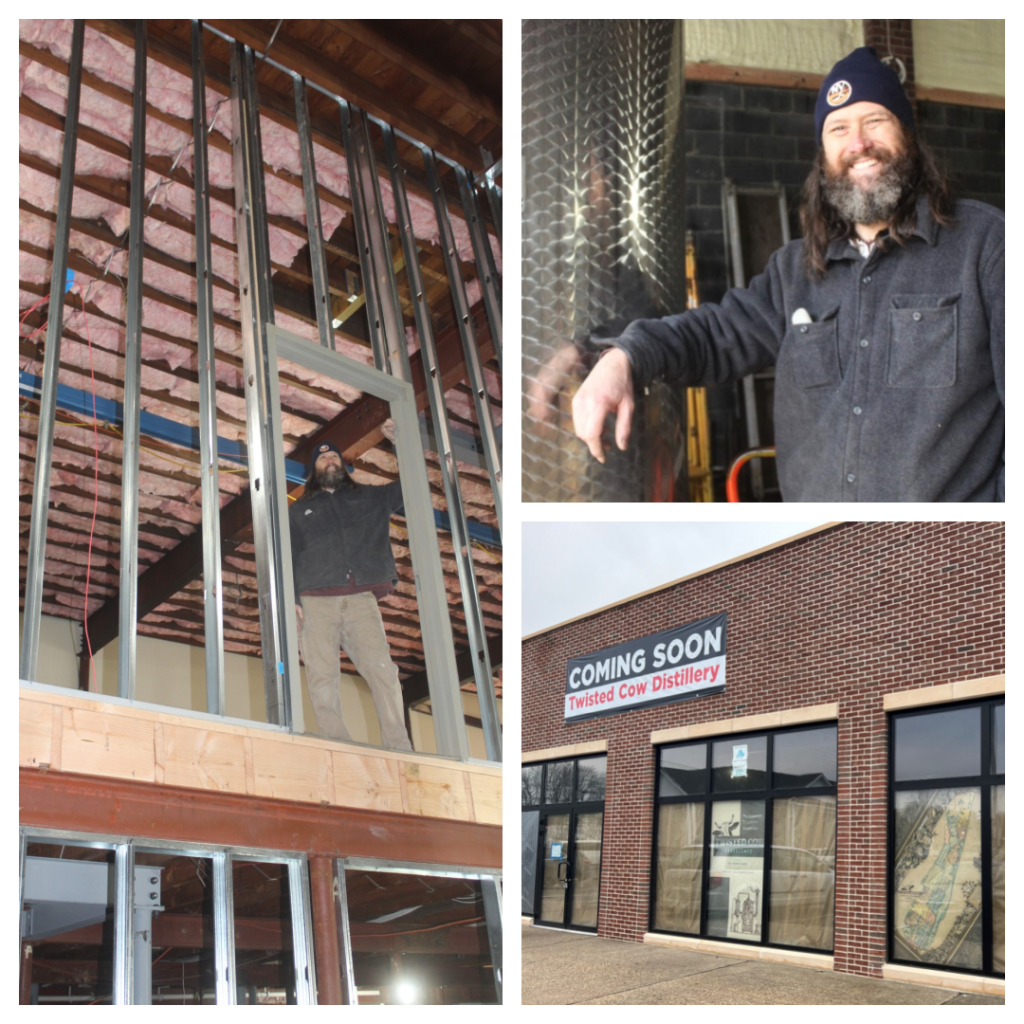