The Elwood School District has received a collection of documents related to John Glenn, the late US senator from Ohio and a pioneering astronaut whose deeds inspired the district to name the  high school after him.

The documents came to the district from Maryland resident Holly Geddes, the daughter of Willard Adams, the district’s first Board of Education president.

Among the documents is a November 1962 letter from then-Col. Glenn to Adams, explaining why a mail delay caused the astronaut to be unable to attend the dedication ceremony for the school building named after him.

Glenn became the first American to circle the earth in 1962 with a five-hour flight aboard Friendship 7.  Glenn went on to a career in business and public service, spending 24 years in the US Senate until he retired in 1999

In this letter, Col. Glenn writes, “I deeply regret that I was unable to contact you earlier and thank you for the honor you have bestowed upon me. It is truly a great privilege that our accomplishments in space are considered to be worthy of commemoration.… We have had a large volume of mail, and that, coupled with our move from Langley Field, Virginia, to Houston, resulted in some mail difficulties.”

The artifacts – also including a copy of the 1963 book “Colonel John Glenn…A Man in Orbit,” commemorative first-day cover envelopes for the 1962 Project Mercury stamp and a July 1963 letter from President John F. Kennedy to Adams – will eventually be placed on display at the high school.

“It is unfortunate that Sen. Glenn was never able to visit our school,” Superintendent Dr. Kenneth Bossert said. “He would have been very proud of the outstanding way his name is represented each day by our students, faculty and staff.” 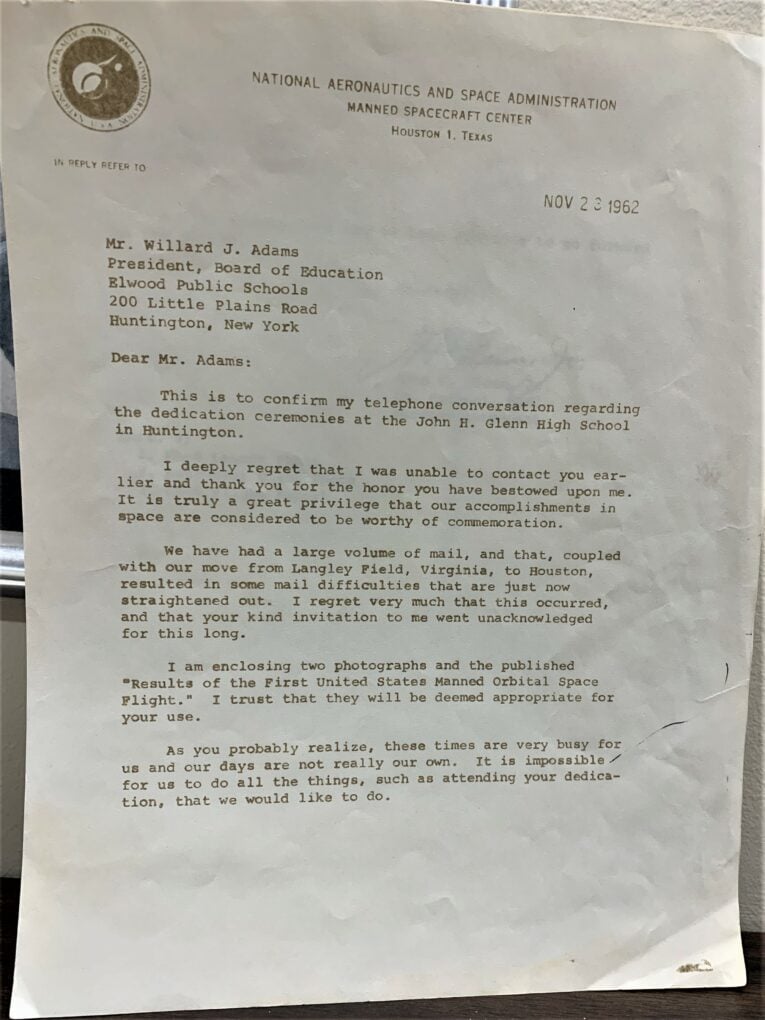 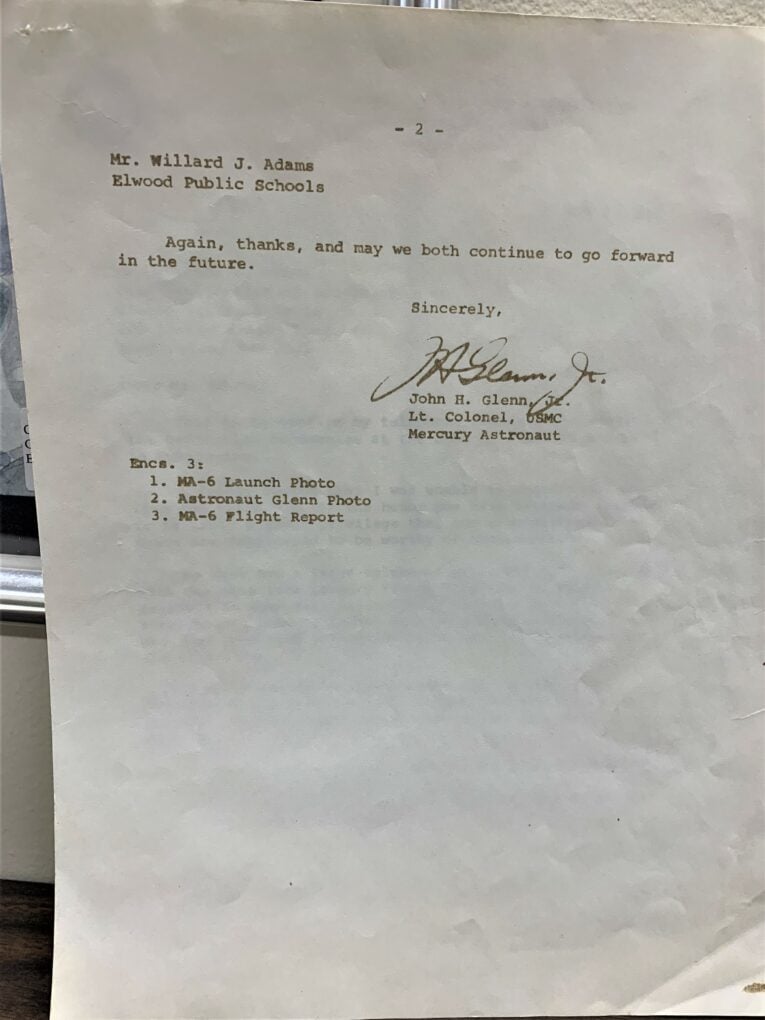