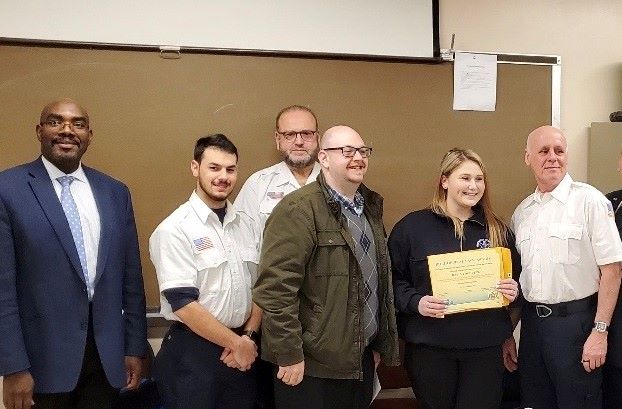 Two crews of the Huntington Community First Aid Squad have been recognized for having saved two residents who had suffered sudden cardiac arrest.

At the January meeting of the Suffolk Regional Emergency Medical Service Council  two crews of the Huntington Community First Aid Squad (HCFAS) were recognized for saving the lives of two Huntington residents when they suffered sudden cardiac arrest.

The rescues occurred in November. The first, on Nov. 2, involved a 77-year-old man who was reported to be not breathing and without a pulse, at the Huntington Manor Fire Department. The crew established a pulse and took him to Huntington Hospital

The second call, two days later,  a crew was dispatched to the scene of a 55-year-old
year old man in cardiac arrest. Advanced Life Support (ALS) was initiated and he was taken to Huntington Hospital. 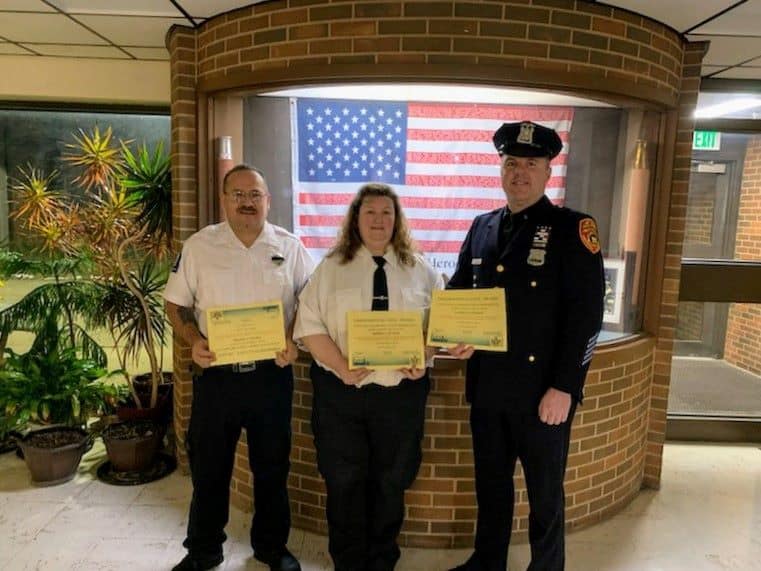