A fundraiser is set for Aug.29 to benefit the family of NYPD officer Anastasios Tsakos, who was killed April 27 while directing traffic in Queens.

The East Northport officer was struck and killed by a driver who fled the scene but was arrested and charged with numerous charges, including DWI.

Vehicles on display include antiques, police and fire vehicles. street rods and  muscle cars. The show, which starts at 9 am., will also have entertainment, food and raffles. 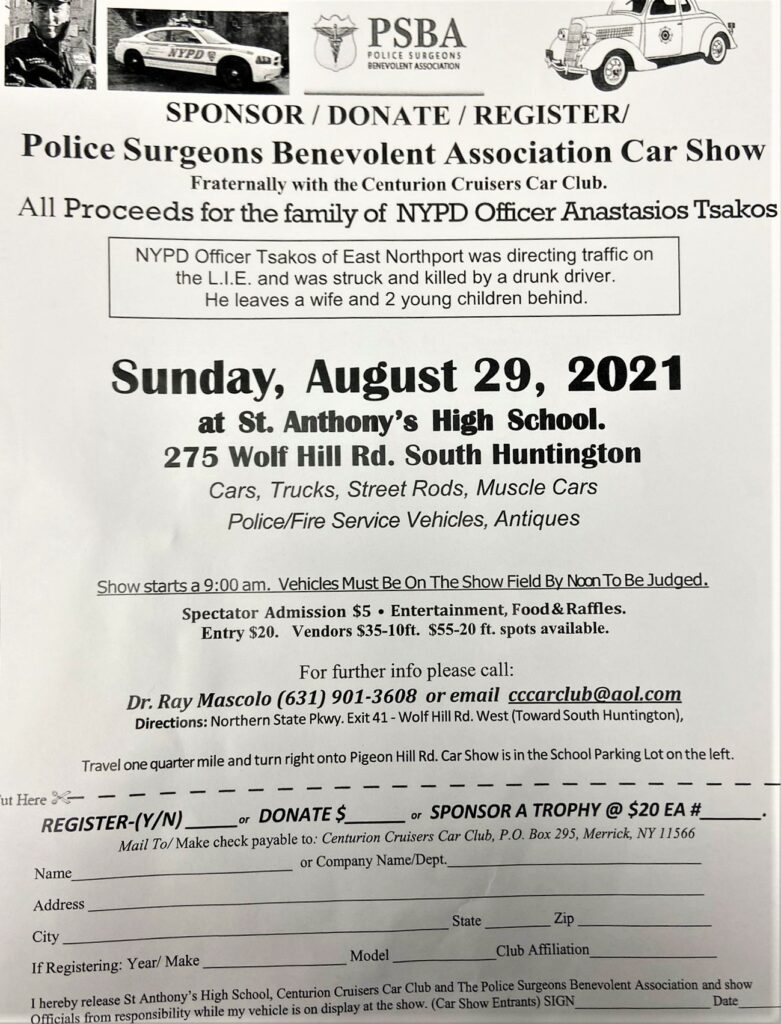