Huntington residents headed out into the snow Friday, some to remove it, others to enjoy a chance to frolick.

At midday, the temperatures hovered around mid-30 degrees, under a mostly sunny, blue sky. But temperatures are expected to drop Friday night, which, combined with wind chill values, should bring the temperatures down to 10 to 15 degrees. A northwest wind around 16 mph could produce gusts as high as 28 mph.

The National Weather Service recorded 8.6 inches of snow fell in Huntington Station, which was heavier than what had been predicted.

Traffic experts continued to warn drivers to be cautious because of ice beneath patches of snow.

A drive around Huntington found homeowners out with snowblowers and shovels. A number of trash cans sat in snow, tipped over or covered in snow, while kids could be found playing in, eating or sledding in it.  The storm had led school districts to shut down for the day, or caused opening delays in businesses or government offices. 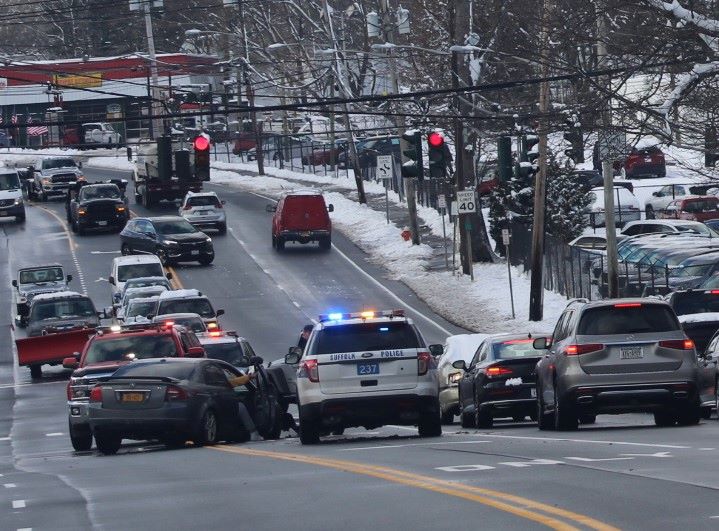 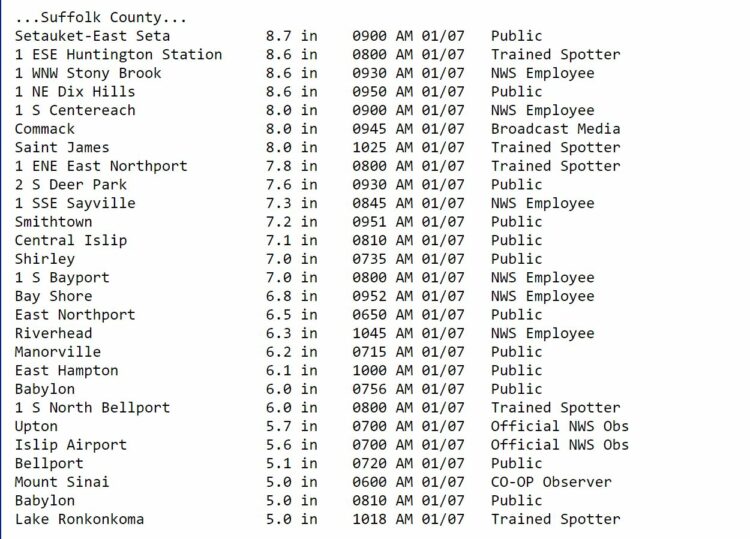