The Town of Huntington and the 1653 Foundation have started a crowdfunding campaign to help fund an expanded archaeological study at the Peter Crippen House.

An anonymous donor has offered to match up to $10,000 in contributions made through Oct. 31.

Based on findings from the first phase of an archaeological study at the house, Dr. Allison McGovern recommended an expanded dig to uncover historical artifacts, which would cost about $30,000. Empire Auto Group already donated $5,000 but the town needs another $25,000 in funding to move forward.

McGovern is an archaeologist with VHB Engineering, the firm hired to oversee the study. The Manes Peace Prize Foundation donated $8,500 to the town to conduct the archaeological study, which covered the cost of the Phase I dig conducted in January by McGovern, an archaeologist who works with historical societies and local interest groups to investigate aspects of the past.

To donate, go to https://1653foundation.org/crippen-house

Peter Crippen, who was born about 1809 on a Virginia plantation, came to Huntington to work in a brickyard about 1836. He was one of seven founders of the African Methodist Ebenezer Church in Huntington, which became Bethel AME Church, where he served as a trustee. He was a leader in the Black community of Huntington and was the first Black  property owner in town. He died in 1875. 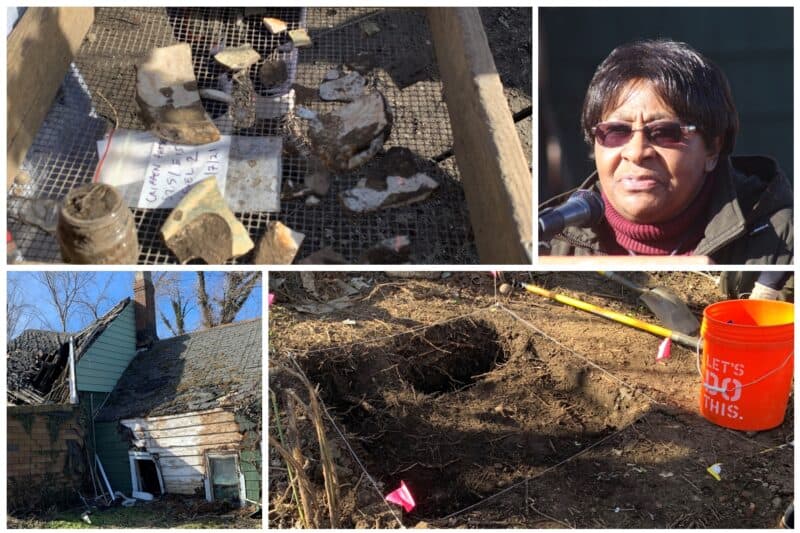 Archaeology dig at the Crippen house.