Participating in the press conference were several residents with personal or professional expertise in dealing with drug overdoses, including Opioid and Addiction Task Force Co-Chairs Dr. Jeffrey Reynolds and Mary Silberstein, as well as Sharon Richmond, who lost her son Vincent to a fentanyl overdose in 2017.

Several events, including a vigil in Northport Wednesday night, will mark Nationl Recovery Month which runs throughout September. Started in 1989, National Recovery Month is meant to  “promote and support new evidence-based treatment and recovery practices, the nation’s strong and proud recovery community, and the dedication of service providers and communities who make recovery in all its forms possible.”

In addition to a row of flags fronting Town Hall on Main Street, purple flag are being installed elsewhere on Main, from Clinton Avenue/Green Street to Anderson Place, and on Larkfield Road between Webster Place and 9th Avenue. 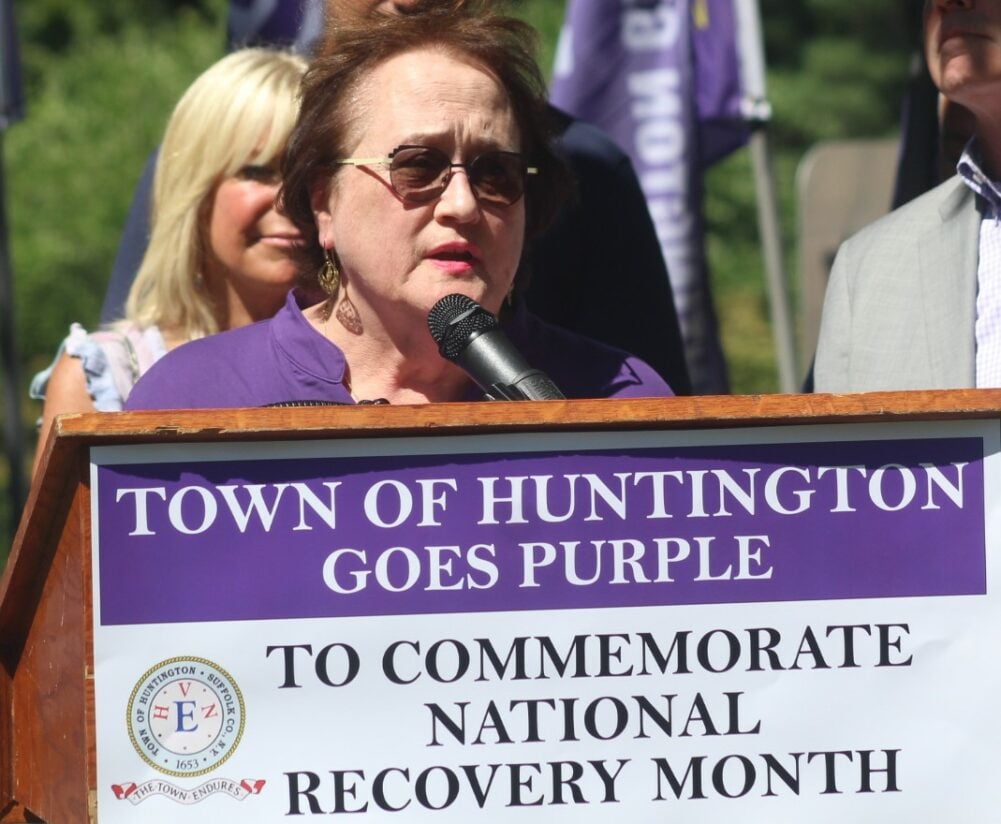 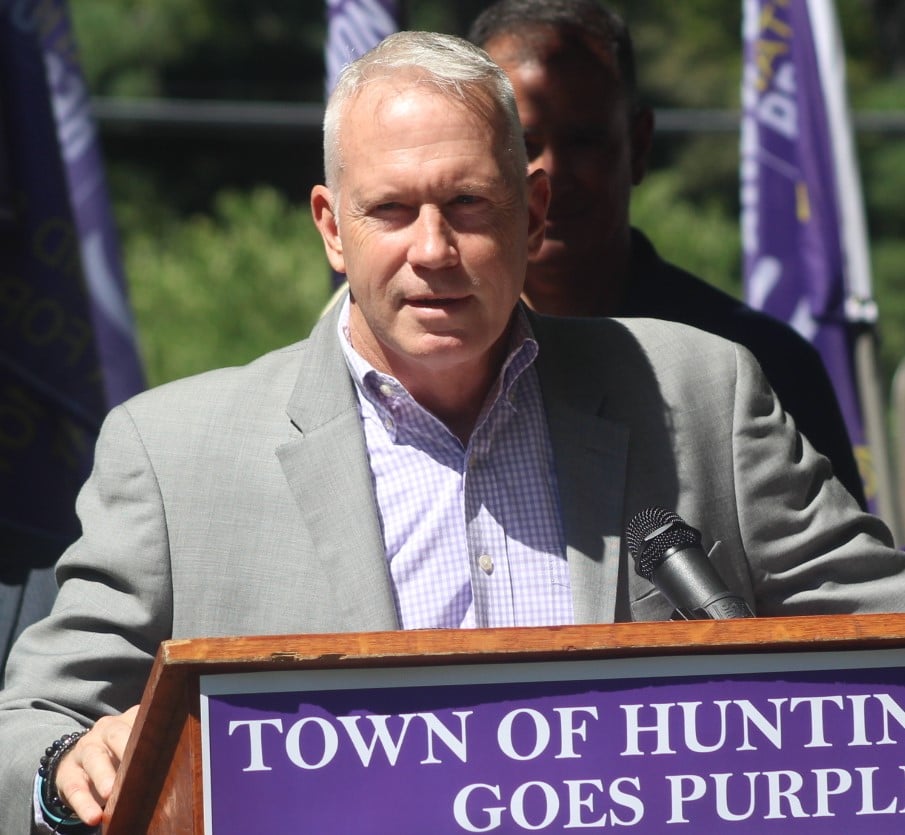 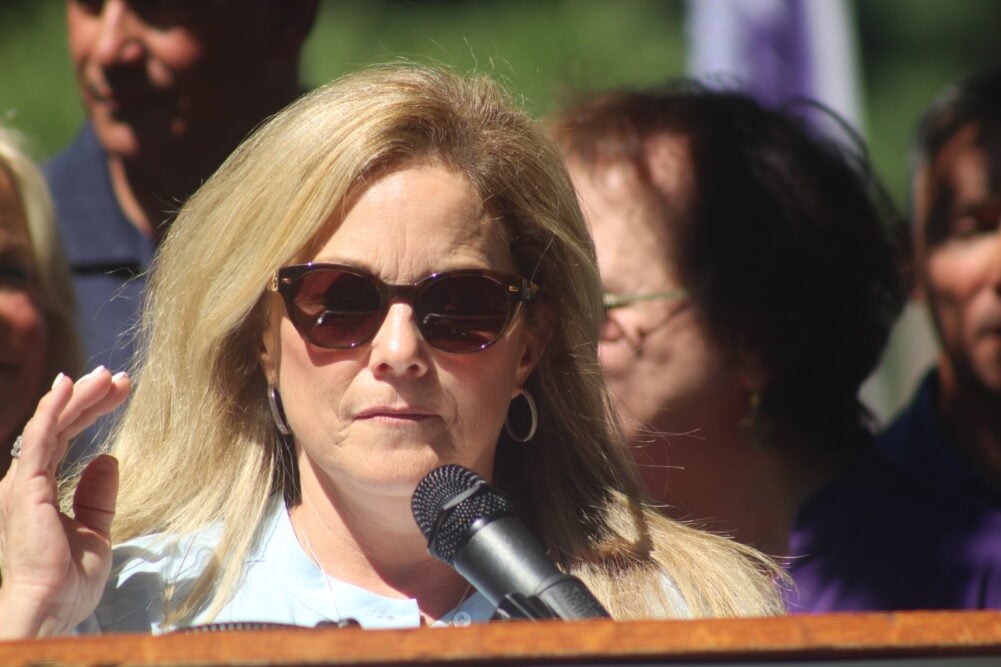 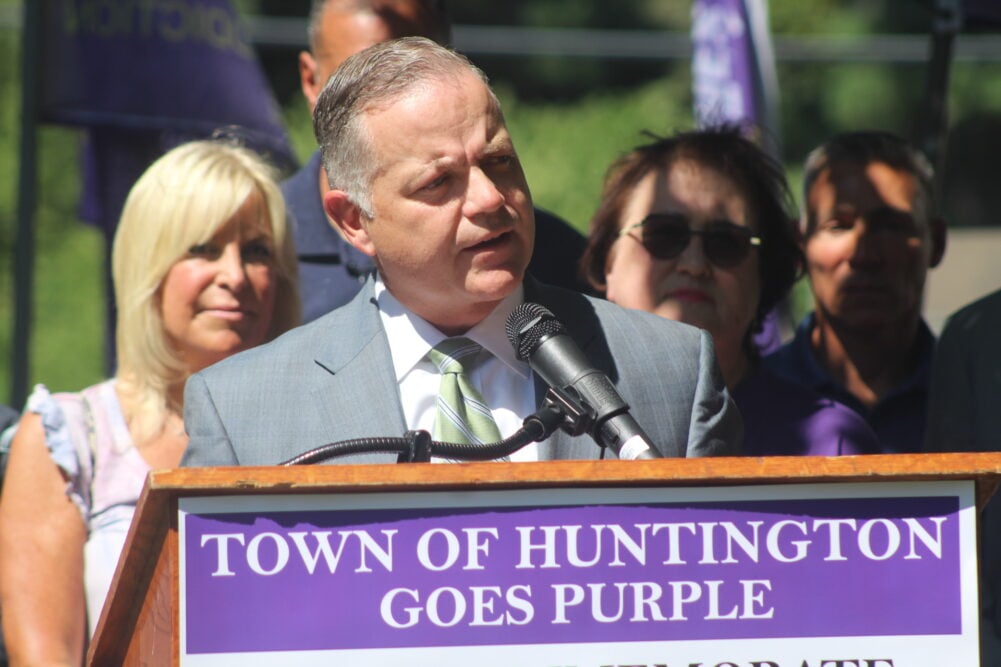 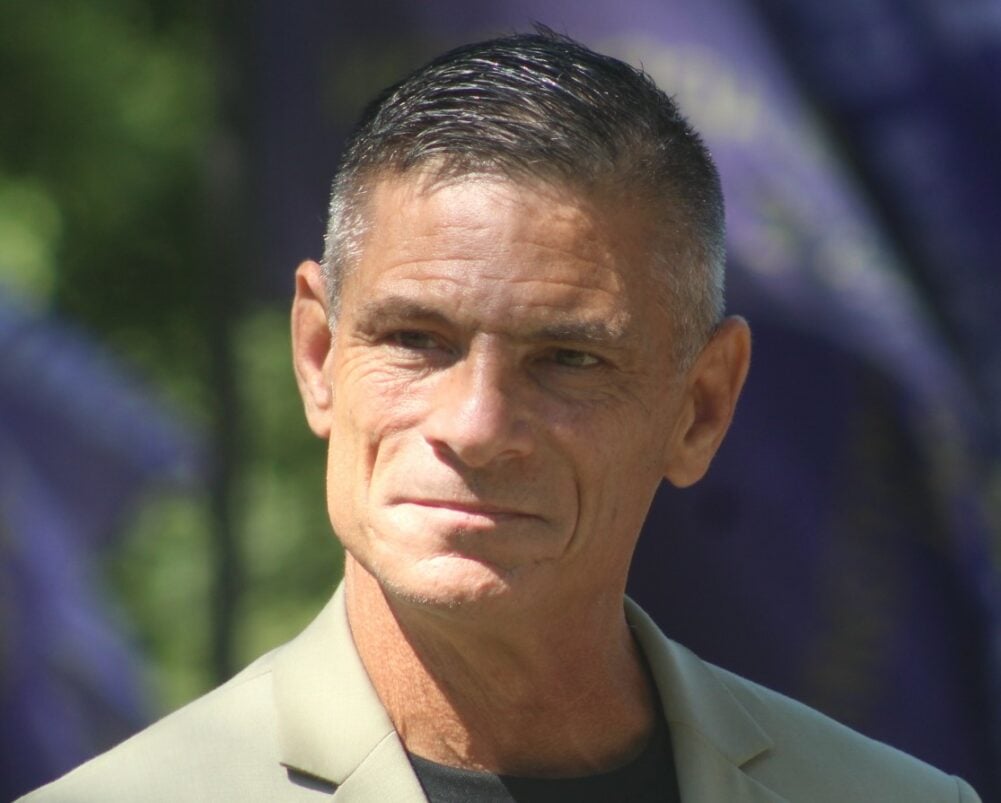 Vigil to Commemorate Those Lost to Drug Overdose