Huntington Hospital marked the milestone with a cupcake party where Goldman was surrounded by colleagues. He specializes in obstetrics and gynecology.

“Not a lot of people in the country have been able to get to that landmark and it’s partially because of Huntington Hospital and Northwell that we’ve been able to do that,” Goldman said. “They’ve been very supportive over the years and basically we’ve built a center of excellence in robotic surgery.” He said the hospital had been able to increase the types of surgery that can be performed and attract patients from around the country.

After the celebration, he headed off to perform his 1001st  DaVinci surgery.

Dr. Nick Fitterman, executive director of Huntington Hospital, it’s a testimoney to an investment in technology and providing state of the art care for our community. And Dr. Goldman personifies that.The fact that he’s reached 1,000 robotic surgeries in his field, far and away, more than almost anyone in this region, creates an expertise in Huntington community’s backyard that they don’t need to travel for.” 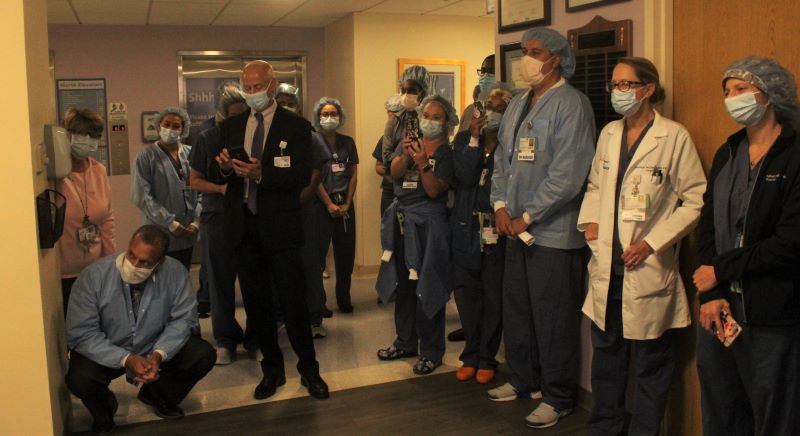 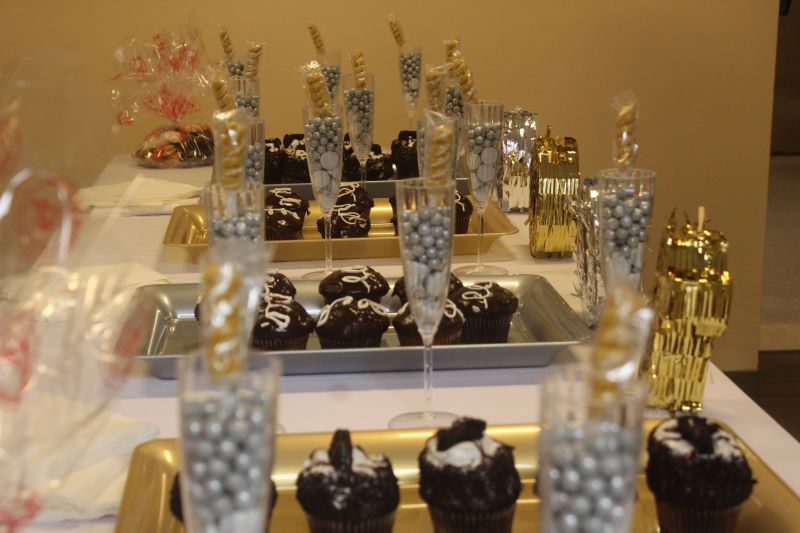