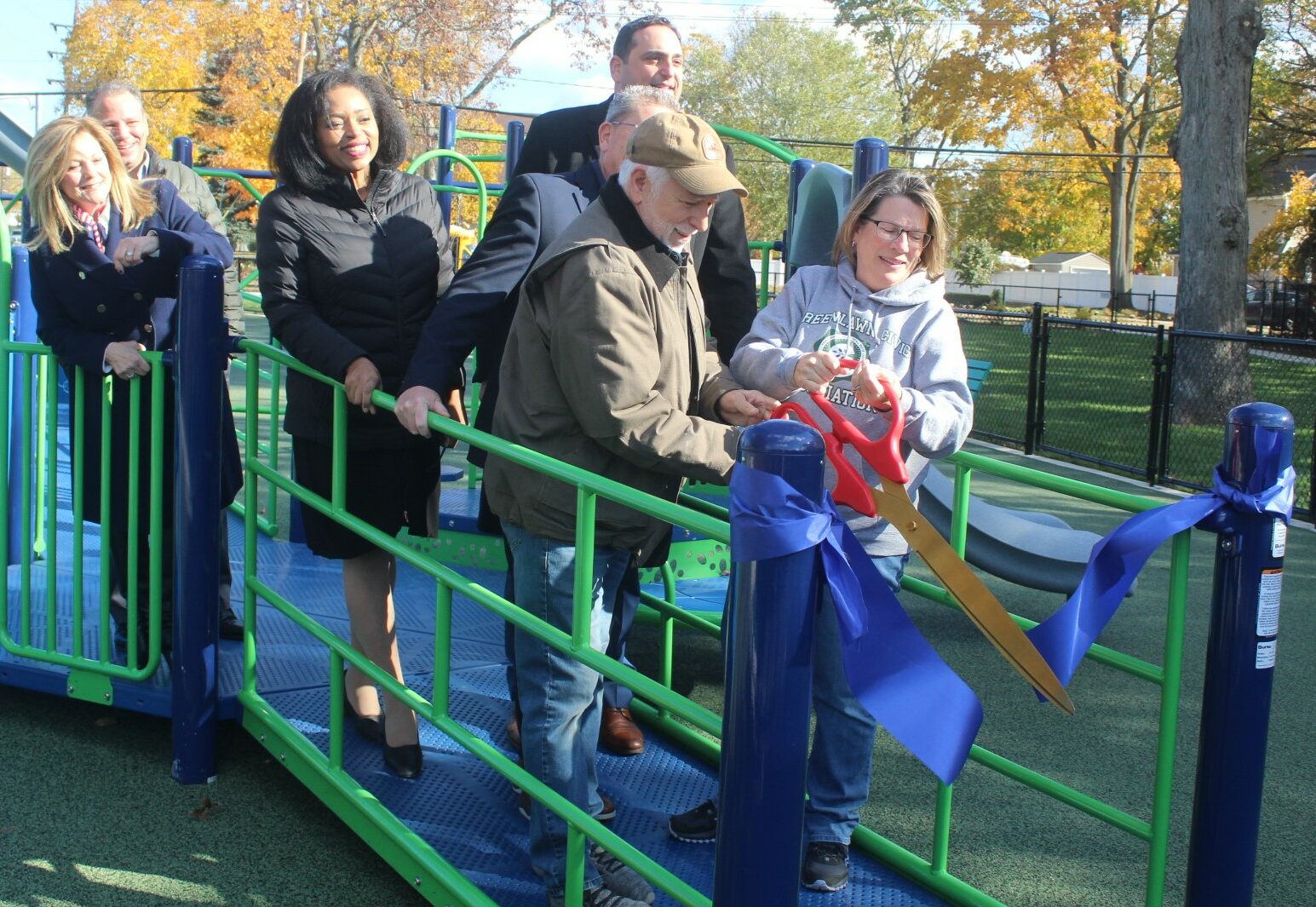 Town and civic officials cut the ribbon Monday on a new playground at  Greenlawn Park.

Before the official opening, a handful of youngsters took turns climbing and sliding on the new equipment.

New features of the park at the corner of Pulaski Road and Broadway-Greenlawn include: