A proposal to add meters to currently free parking in downtown Huntington and elsewhere got a chilly reception at a Town Board meeting last week.

Residents and business owners in Huntington Village and Cold Spring Harbor said that charging a fee to park would keep shoppers away from businesses.

Some noted that many businesses are still recovering from the decline in sales caused by the Covid-19 epidemic and shutdown, some citing worries about sending the wrong message to residents because of inflation fears. Others said they wouldn’t bother to pay a fee to park when they only wanted to buy a cup of coffee and leave. Several business owners from Cold Spring Harbor were among the speakers.

Several residents said they had been emailing officials and organizing other residents to contact the board to express their opposition. On social media, others handed out town email addresses and posted information about signing petitiions to oppose the plan.

Council members Joan Cergol and Dr. Dave Bennardo made clear their opposition to the plan.

The proposal is built into the proposed budget for next year, and, if implemented, is expected to bring in $1 million.

The parking plan was not on the agenda as an item but last week’s meeting included a public hearing on the budget. 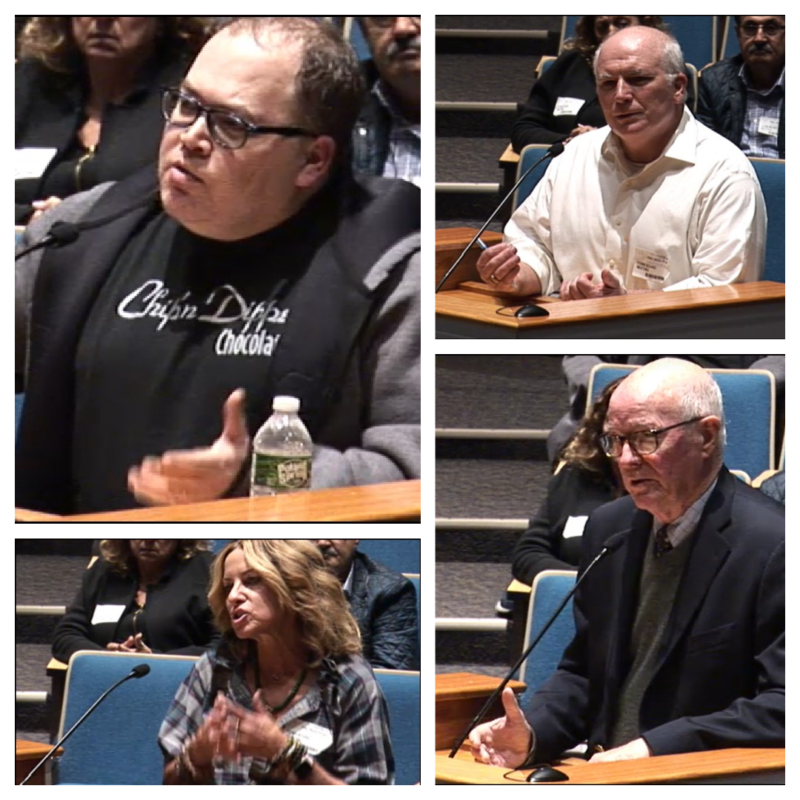