For more than three hours,  protesters chanted slogans, marched on the sidewalk along Route 110 just south of Jericho Turnpike, and cheered the many passersby who honked horns or waved signs of support. Though there were numerous Suffolk County police officers on hand, they rarely interacted with the marchers, only reminding the crowd to step back from traffic or, in one instance, tell a woman who had stopped in traffic to show her support to move along.

The peaceful demonstration and dealings with police were in sharp contrast to violent exchanges that have occurred around the country, where protesters have turned out in large numbers after the death of George Floyd in Minneapolis, who died after a police officer knelt on his neck for several minutes after he was arrested.

The crowd was a mix of ages, races and ethnicities. Signs and chants demanded, among other things, an end to racism, that people remember the names of black Americans who have died in encounters with police, demanded respect, encouraged white people to speak out against racism, and that officers report others who have treated people badly.

A small group of protesters also demonstrated Monday in Commack, demanding change and and end to racism. 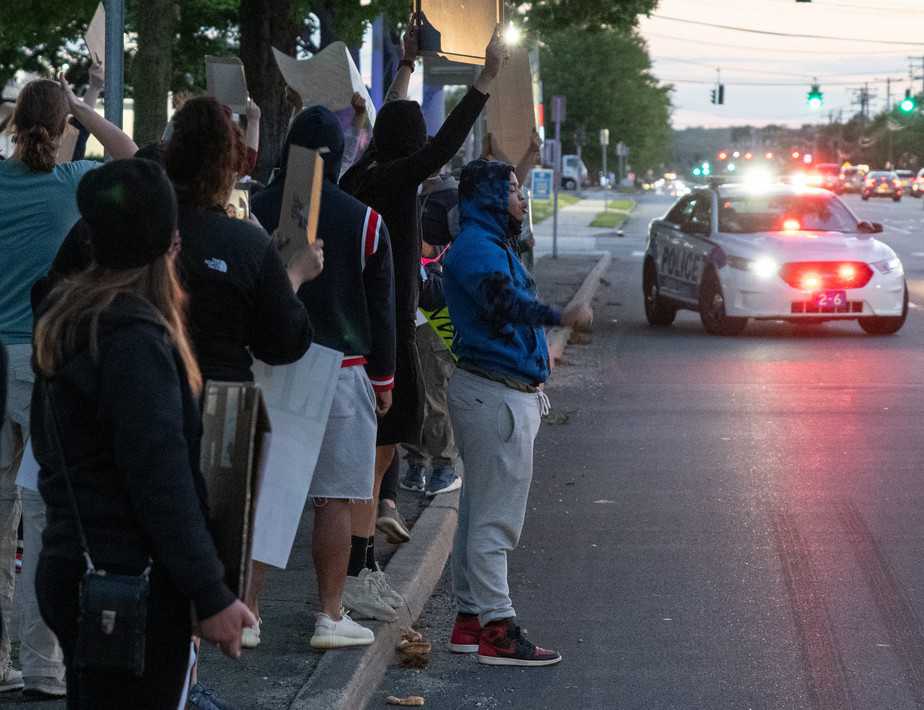