Part of East 10th Street was renamed Monday in honor of the late Rev. Agnes Hiller, a community activist and pastor in Huntington Station.

Supervisor Chad Lupinacci said it was the first time a Huntington street had been named for an African American. A sign designating the street in her name was unveiled Monday at the corner of New York Avenue and East 10th Street.

Hiller, who died in 2006 at age 102, was known for taking in children from tough backgrounds and caring for and finding programs to address such issues as hunger, drug abuse, teen pregnancy, and help for families in need. Friends said she’d raised nearly 50 children and was known as the “Mother Teresa” of Huntington Station for her work over 70 years of service.

She  became one of the first members of the newly formed Mt. Calvary Holy Church of Huntington in 1932.  She later became assistant pastor and then was named pastor of Mt. Calvary Holy Church soon after the church relocated to its present location at East 10th Street. She served as pastor until she retired in 1994 at the age of 90. 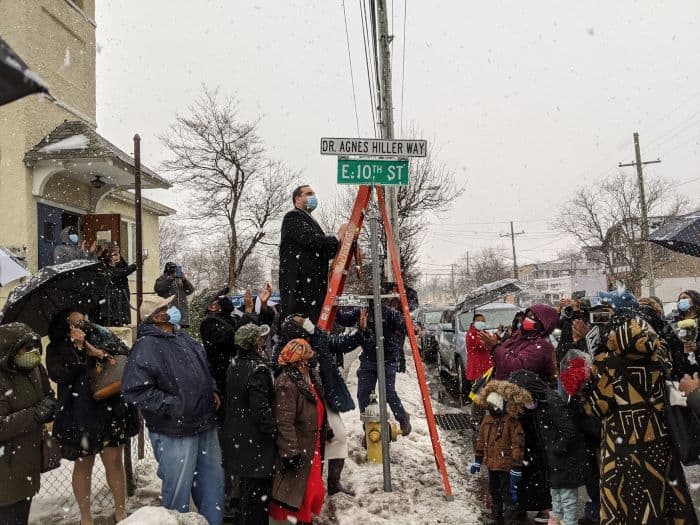 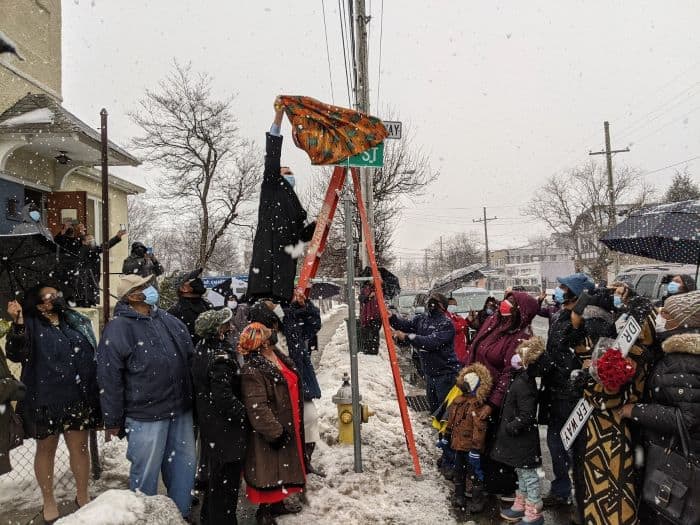