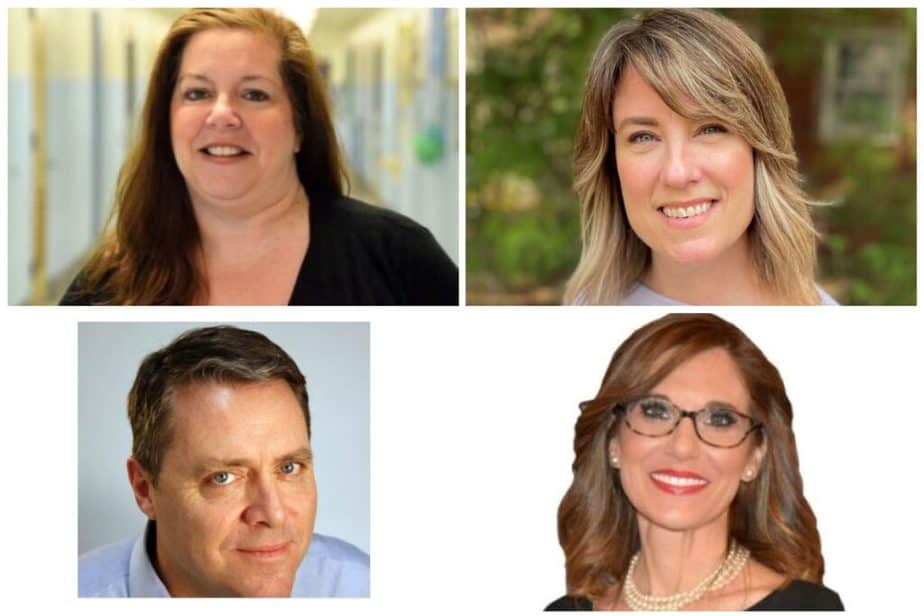 Four candidates are seeking election to one of three seats on the Huntington Board of Education on May 18.

Christine Biernacki, board president, and trustee Lynda Tine-D’Anna are seeking re-election, while  challengers Thomas Galvin and Theresa Sullivan are looking to take a seat. Three seats are open: the two incumbents’ and a third created by the departure of Tom diGiacomo, who resigned and moved out of state. The terms run through June 30, 2024.

Galvin ran for a spot last year. He is chair of social studies at New Hyde Park Memorial High School and helped create Huntington High School’s Model U.N. Club. He is also a Booster Club member, and has coached soccer at the YMCA and with the Cold Spring Harbor Huntington Soccer Club and lacrosse with HV Lax.

Sullivan is a 1992 graduate of Huntington High School, and a member of  the town’s small business task force. She was the creator and moving force behind Huntington Hospital Meals, which raised thousands of dollars to buy meals from local restaurants and provide them to Huntington Hospital workers during the height of the Covid-19 epidemic.

Voters will also be asked to authorize using capital reserve funds up to $3.5 million for project that include replacement of boilers at Jefferson Primary, replacement of gym bleachers an rebuilding of gym flooring at Finley, and a partial roof replacement at Huntington High School.

The district said that the estimated tax levy increase of 0.20 percent is believed to be the lowest in at least four decades. The average home assessed at $3,400 would see taxes rise $17 before any STAR program savings are applied.