The active Huntington resident is preparing to move to Arizona, after 69 years in the Mayo Avenue home, where she and her late husband raised their children Denise and Ron. She will live in Scottsdale with her daughter.

Eliot Lonardo of Signature Premier Properties who is handling the sale of the property, organized and coordinated the party for Lessuck, who he celebrates as his oldest client.

Lessuck worked as a dietitian at Harkness Pavilion at Columbia Presbyterian Medical Center, after graduating from Hunter College with a degree in nutrition.

She also served on the board of trustees of the South Huntington Public Library for about 15 years, including as chair, belonged to about three dozen organizations in the community, is active in the Unitarian Universalist Fellowship and participates in book clubs and playing bridge, her children said. “She’s quite the world traveler,” her daughter said,  frequently vacationing solo, with trips to such places as Lake Titicaca in South America, Egypt, and Europe, in her 80s. 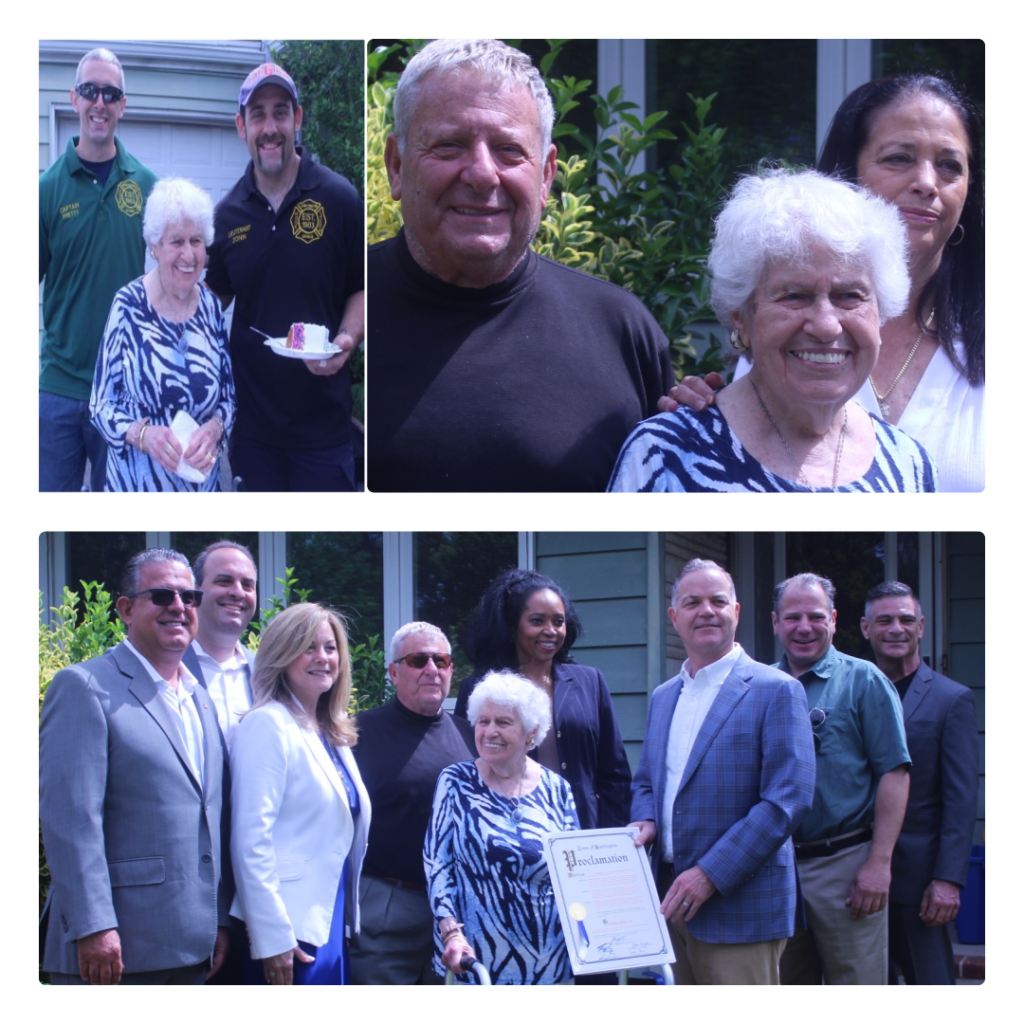