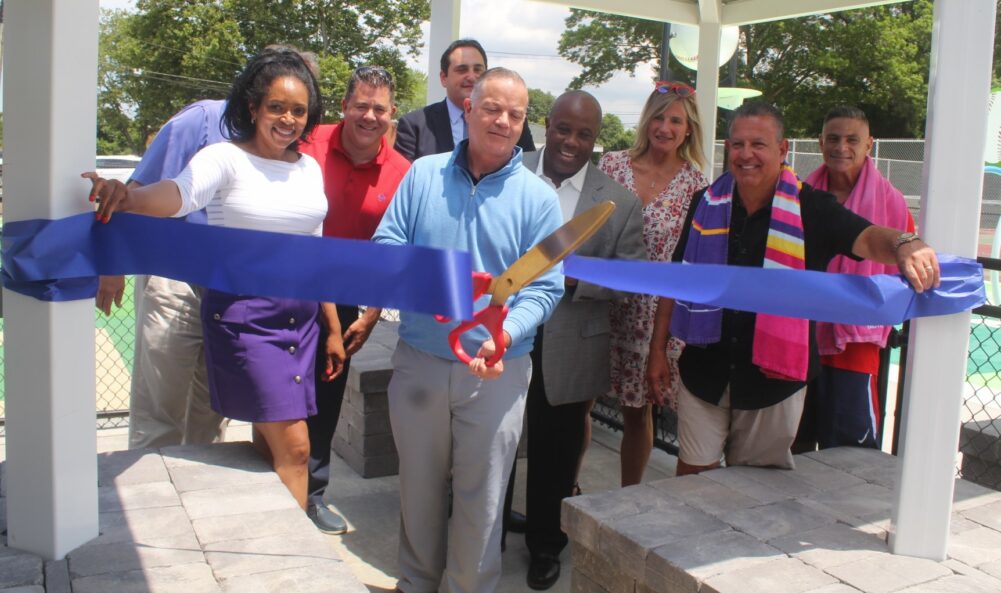 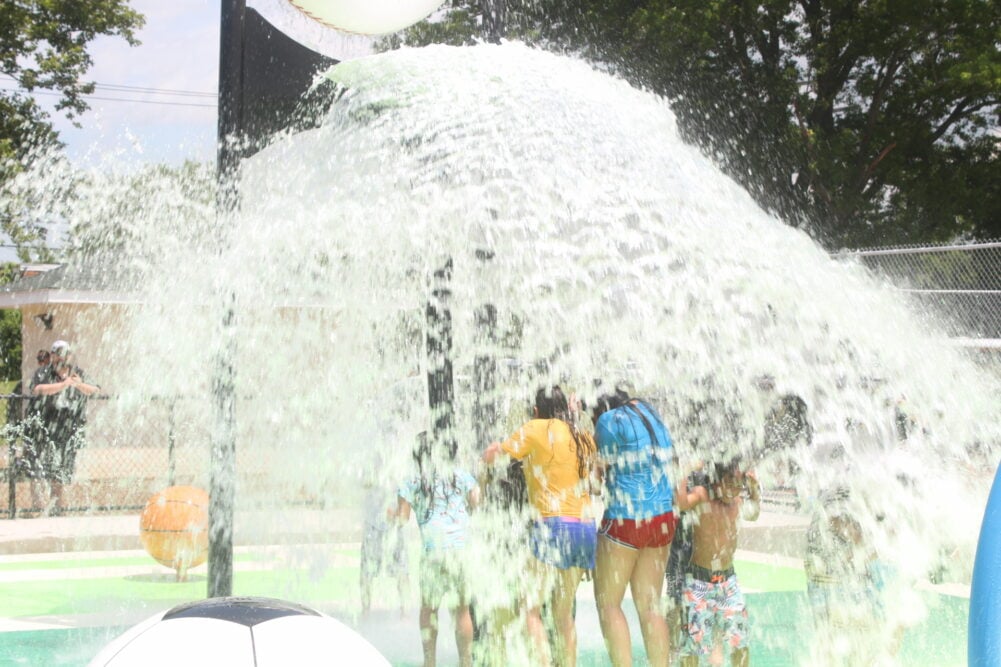 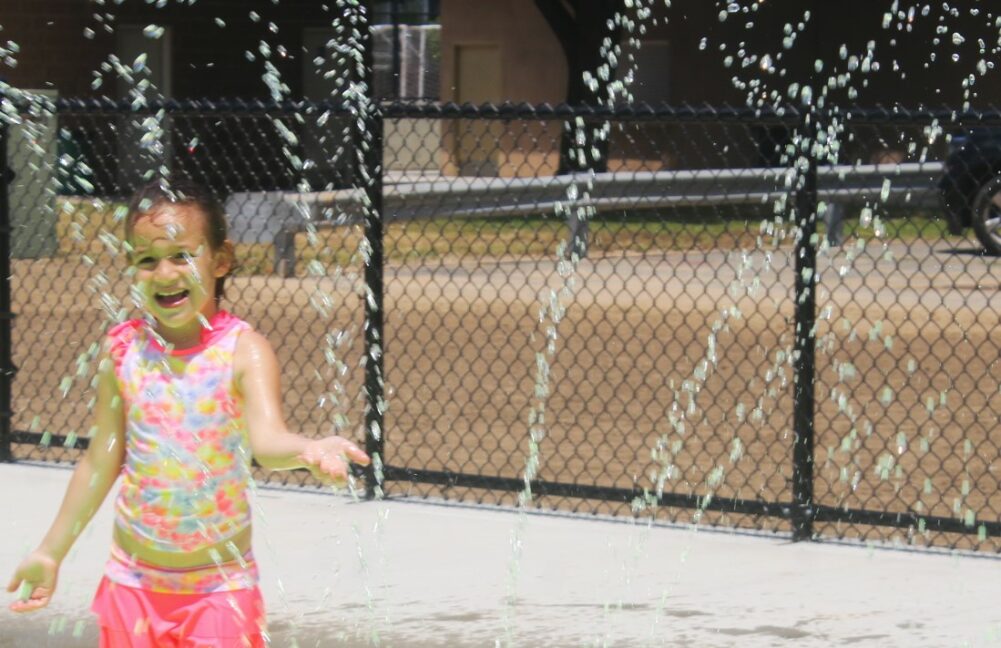 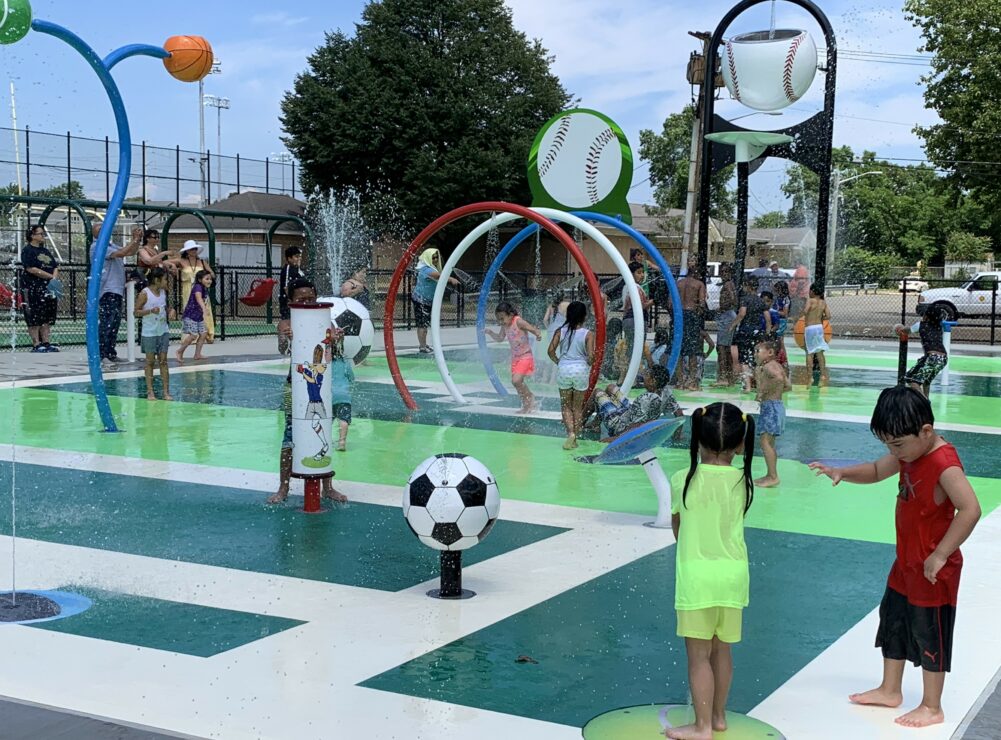 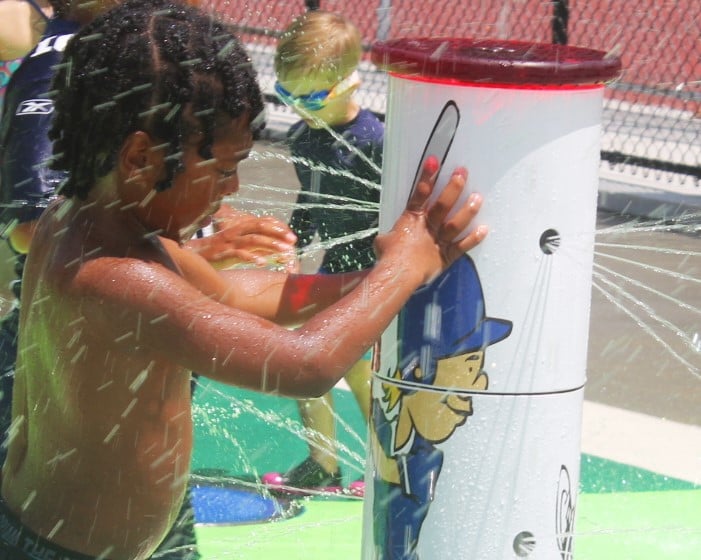 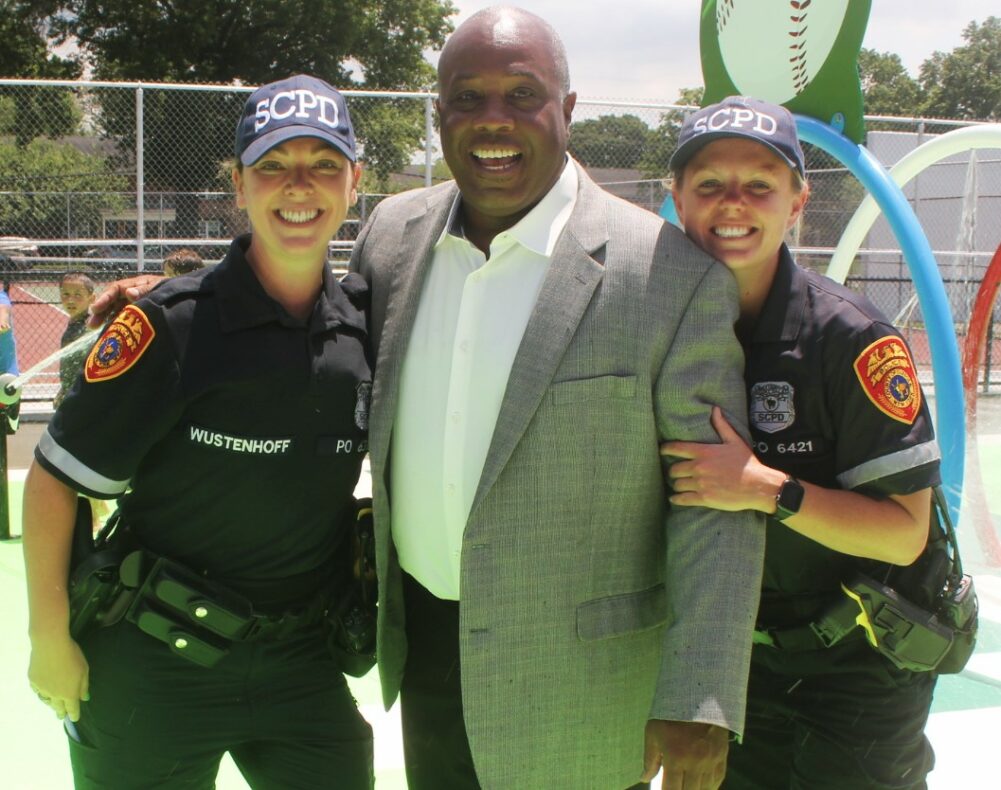 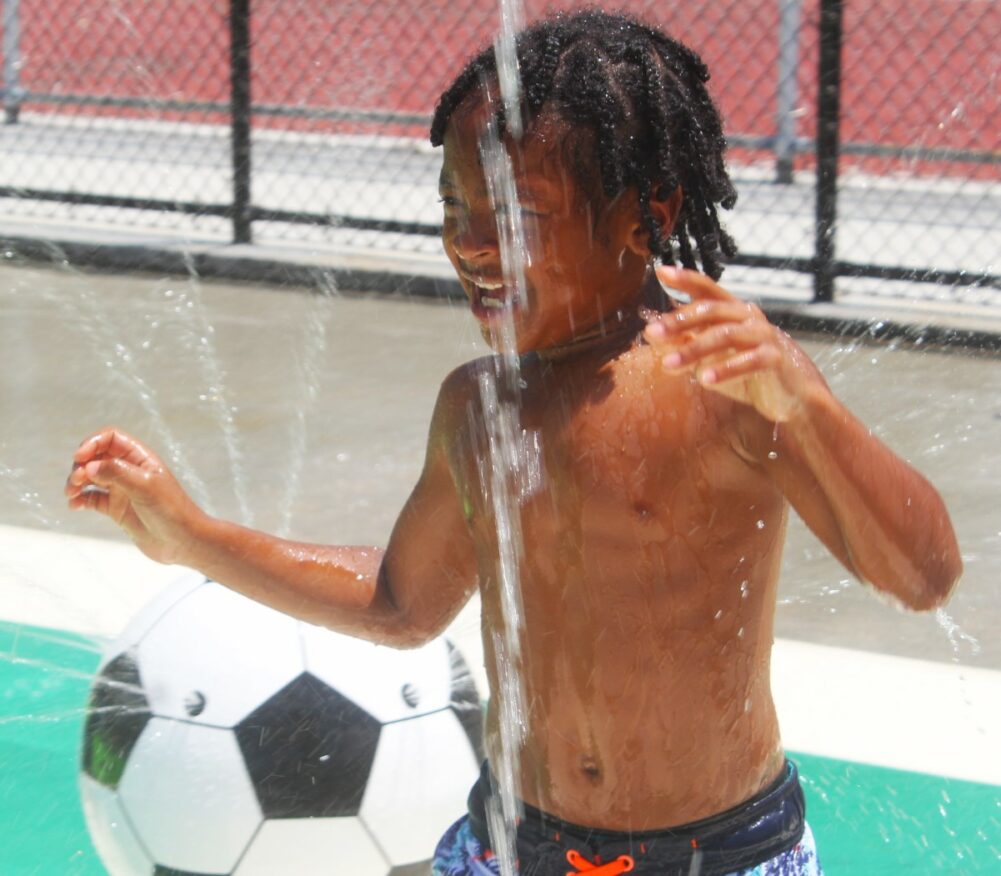 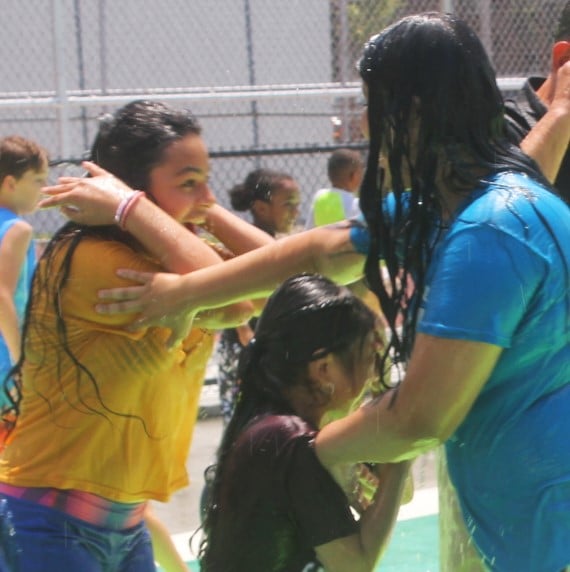 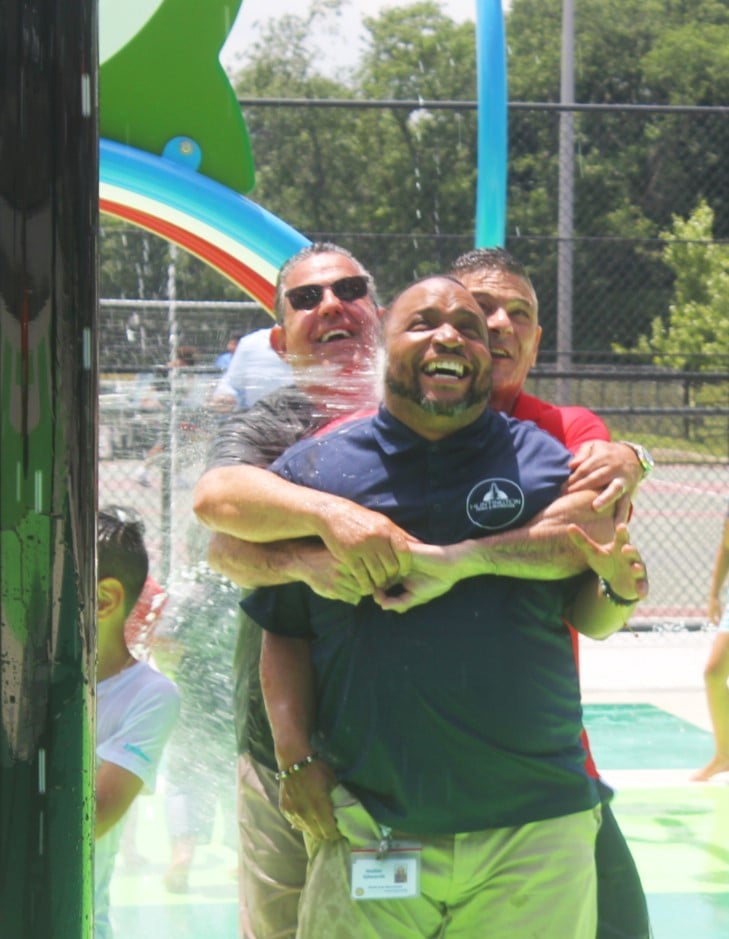 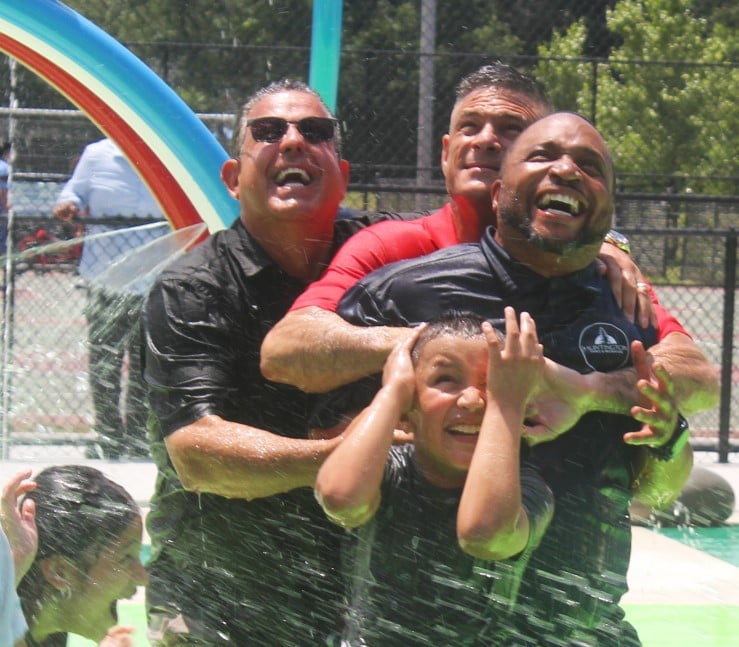 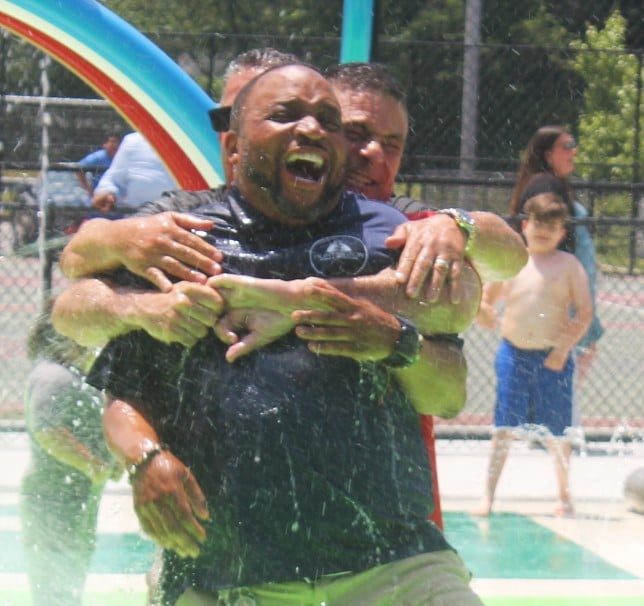 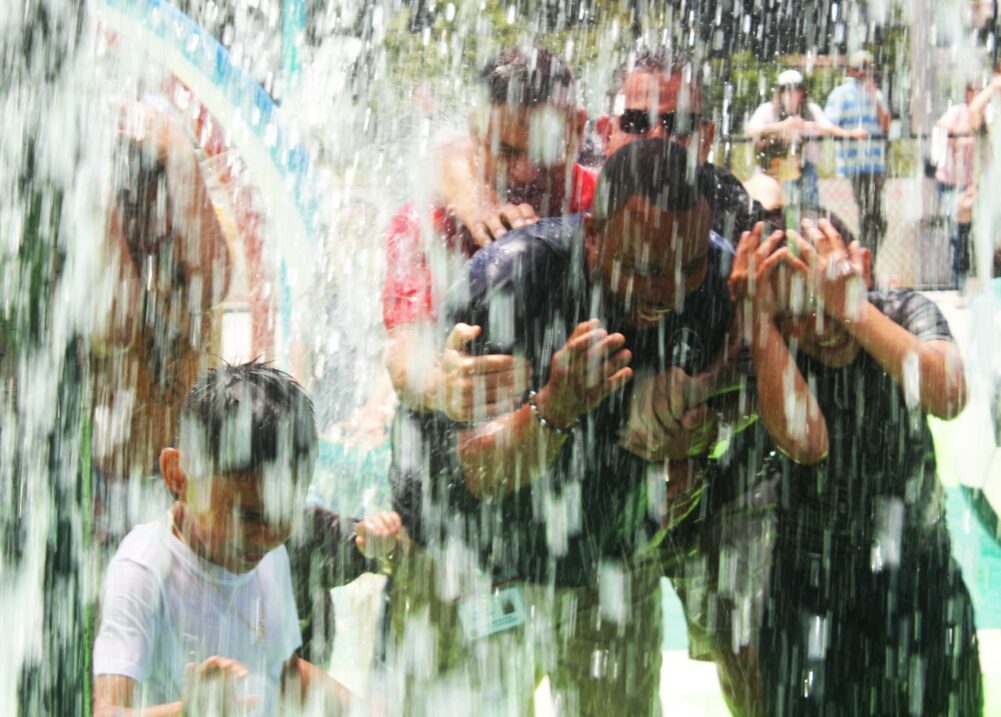 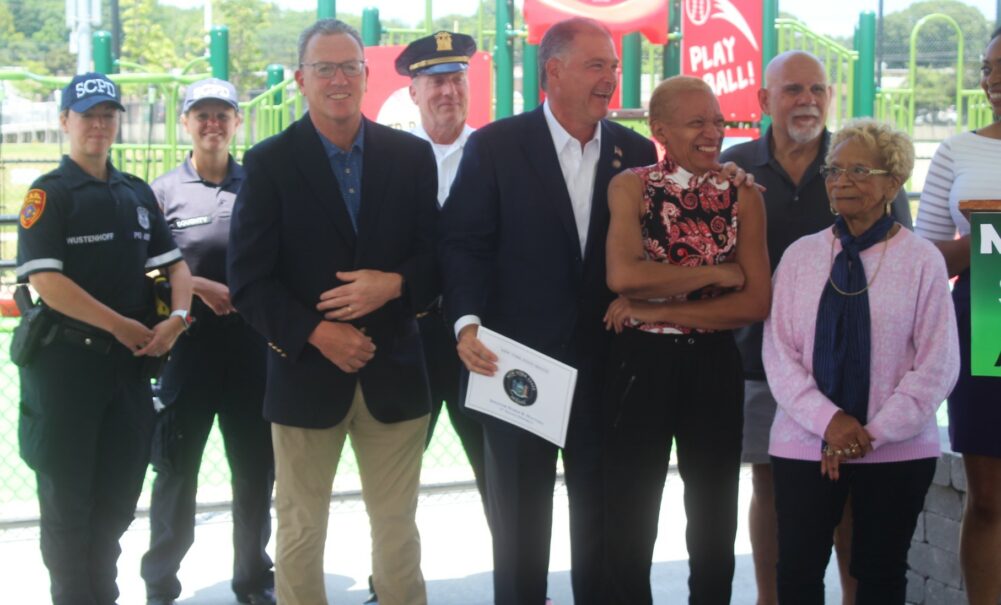 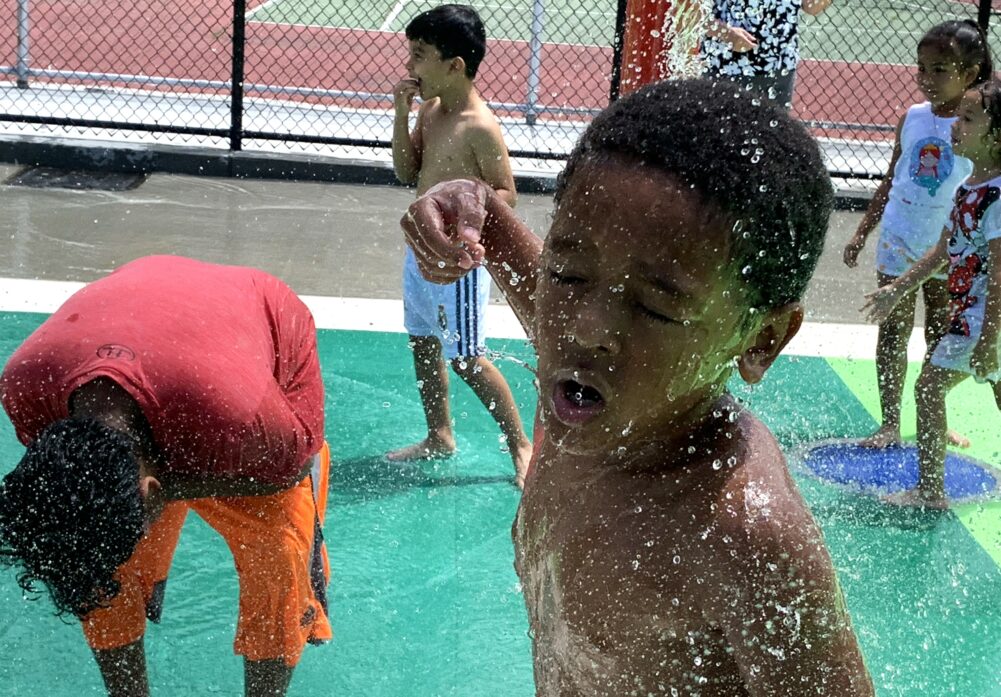 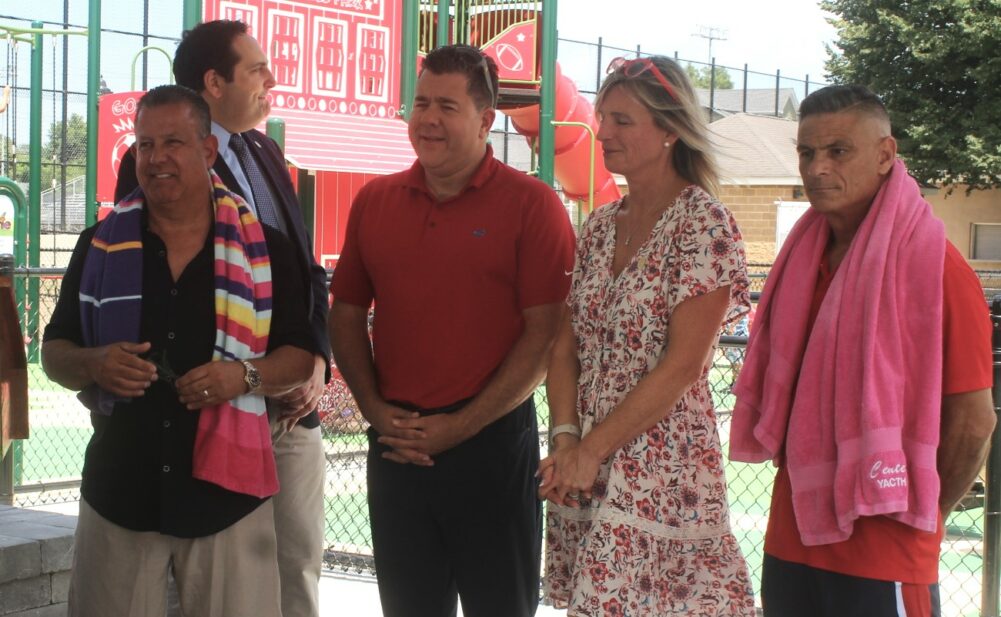 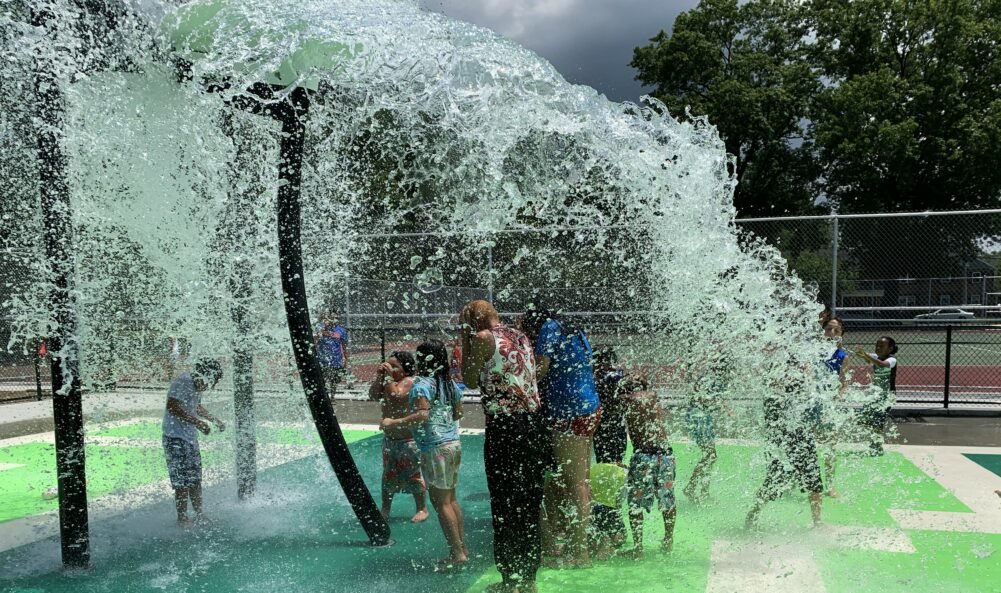 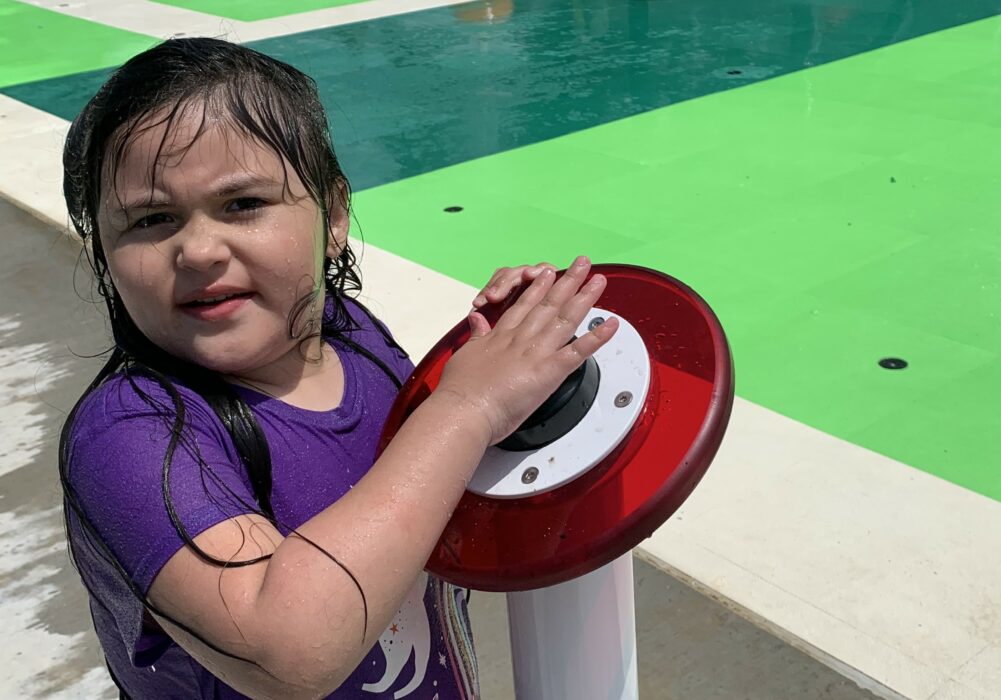 Huntington debuted its second spray park Friday, providing watery fun to residents from toddlers to two town councilmen, who decided to wrestle another official into the spray while kids frolicked in the water.

Town Supervisor Ed Smyth presided over the grand opening and ribbon cutting at Manor Field Park, accompanied by numerous past and present officials, many of whom had worked on the project for years. The project was delayed by the Covid-19 epidemic.

Smyth said more amenities for the new park are on the way, including bicycle racks, benches, and a mural from Splashes of Hope.

Ferro and Bennardo came dressed for the spray, and escorted Tracey Edwards ithrough an arch of water, but soon turned their attention to her son, Walter, the deputy parks director who put up some joking resistance to getting soaked. But he soon lost the battle.

The town said the spray park will be open from 10am-6pm 7 days a week.