Suffolk Police Inspector William Scrima is leaving command of the Second Precinct in Huntington and transferring to headquarters.

His successor was not announced.

Community activist Jim McGoldrick said, “He’s a very good police inspector–he  listened to  the community and he was good for us. He will be missed.”

Scrima has been commander of the Second Precinct since August 2018, succeeding Christopher Hatton, who was promoted to deputy chief of patrol.  During his time in Huntington, he dealt with numerous community issues, including protests over the killing of George Floyd by Minneapolis police, suspicions about a death at Peter Nelson Park with some in Huntington openly suggesting possible police involvement in what proved to be a suicide, and ongoing concerns about crime. He was also actively involved in many community activities, from reminders about the hazards of DWI to meeting with residents to answer questions, to showing up at toy and food drives and more.

“Inspector Scrima has been a very caring and committed law enforcement leader for all of Huntington.” said Councilwoman Joan Cergol “He will certainly be missed. I wish him the very best in his new post.” 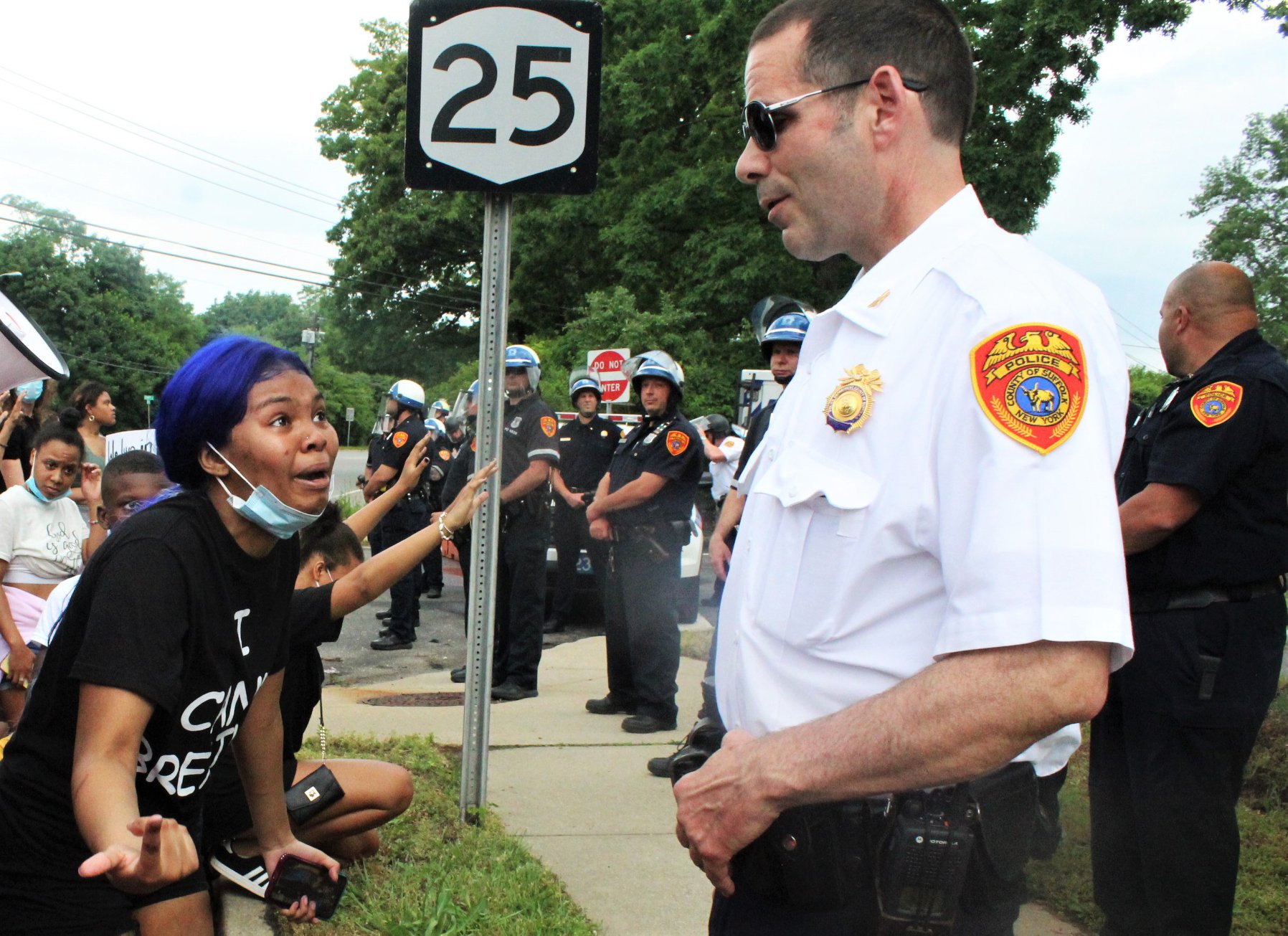 Scrima during a 2020 protest at Second Precinct stationhouse. HuntingtonNow.com photo