US Rep. Nick LaLota said Sunday that he want officials to freeze the campaign accounts of his fellow newly elected congressman, George Santos.

Lalota, who represents the First District, including Huntington, posted to Twitter on Sunday afternoon that  “the Department of Justice and/or Federal Election Commission must act quickly to freeze any funds in the campaign account of Congressman George Santos. If these agencies require more authority to get it done, I’ll help.

A letter accompanying the Twitter post said that “Santos fraudulently solicited these funds and Santos shouldn’t be allowed to drain his campaign account while multiple authorities investigate the very fraud that induced these contributions.”

LaLota cited a Newsday report on Sunday that raised yet more questions about Santos’ fundraising and the web of vendors that it described as “newly formed companies with opaque histories and meager track records of working for other candidates,”

Santos has been under scrutiny since a New York Times story raised numerous questions about his business and educational background, his claims to Jewish heritage and much more. He is under mulitple investigations over financing; several Democrats and Nassau Republicans have demanded that he resign. Police in Brazil are also investigating him over a bad check charge. 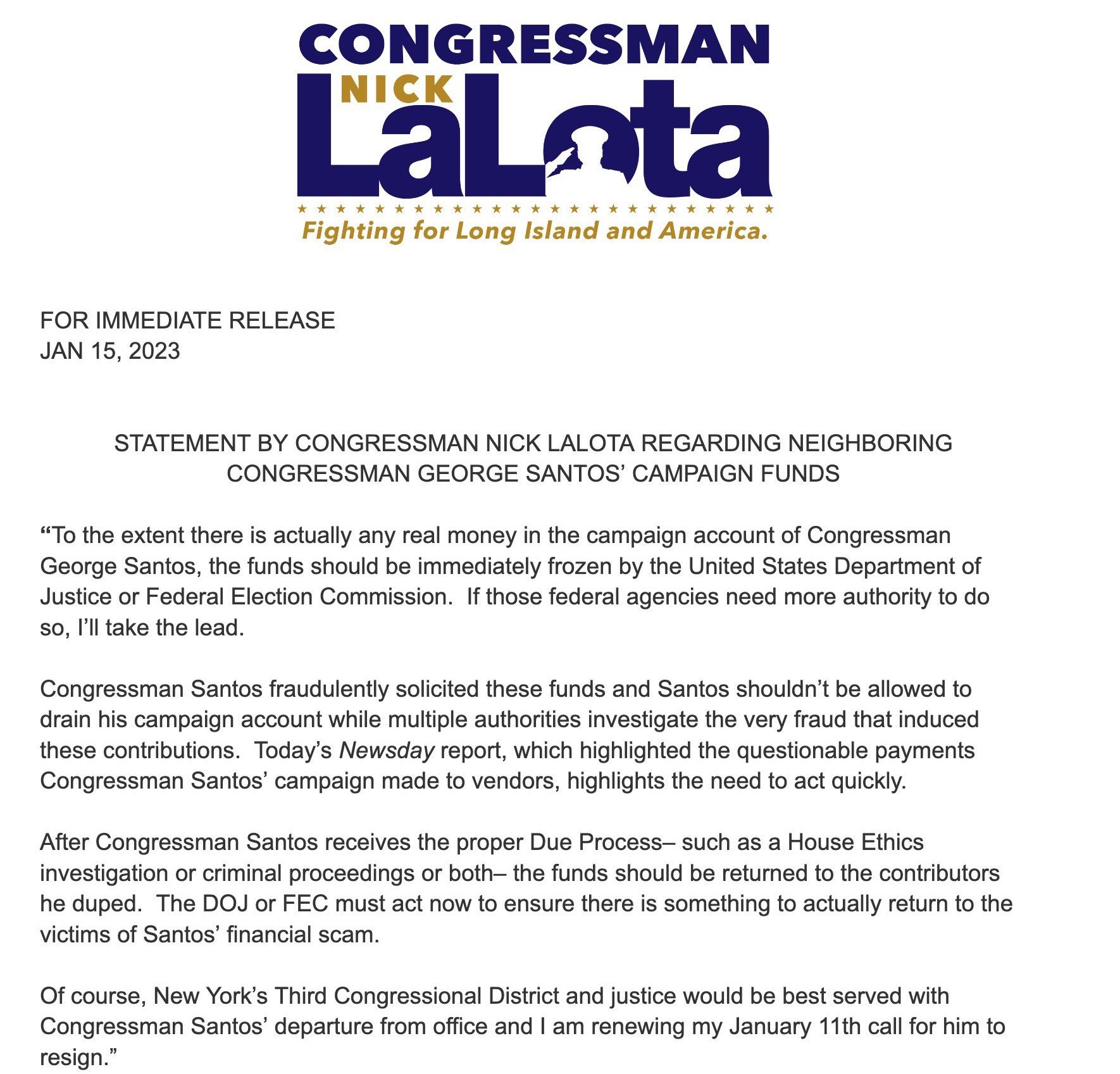