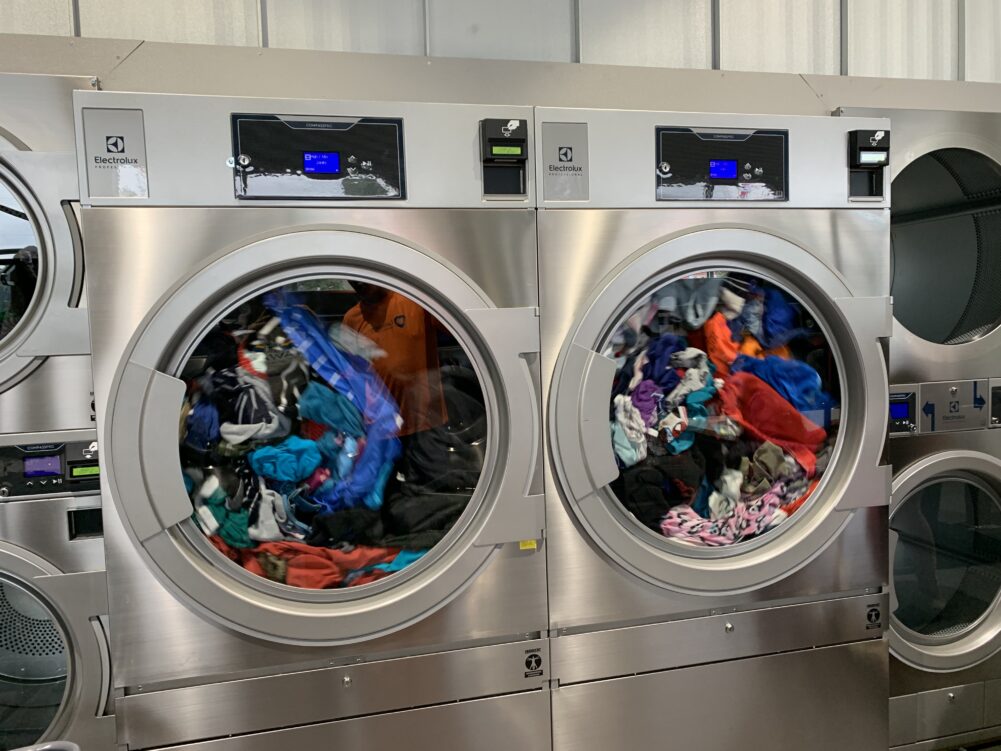 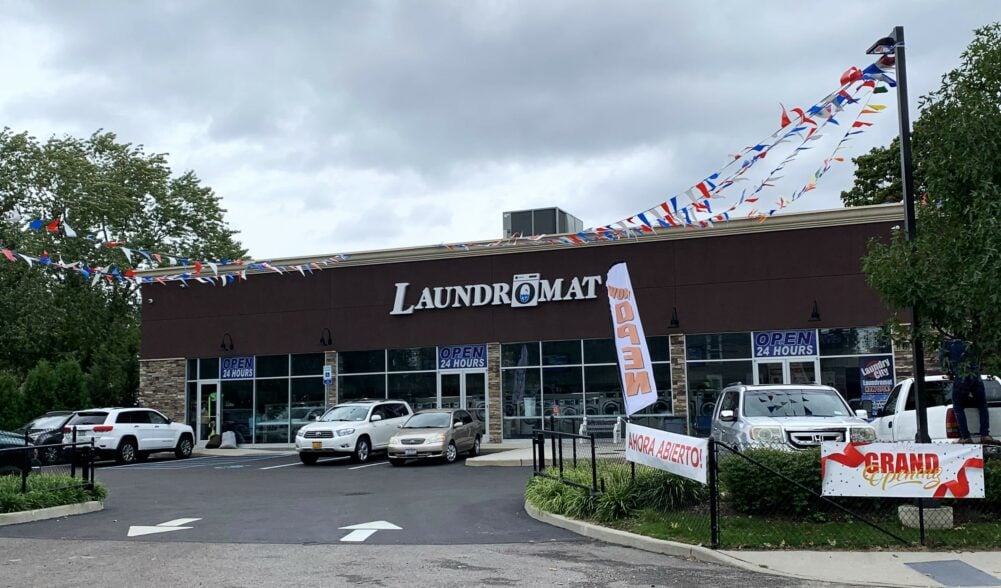 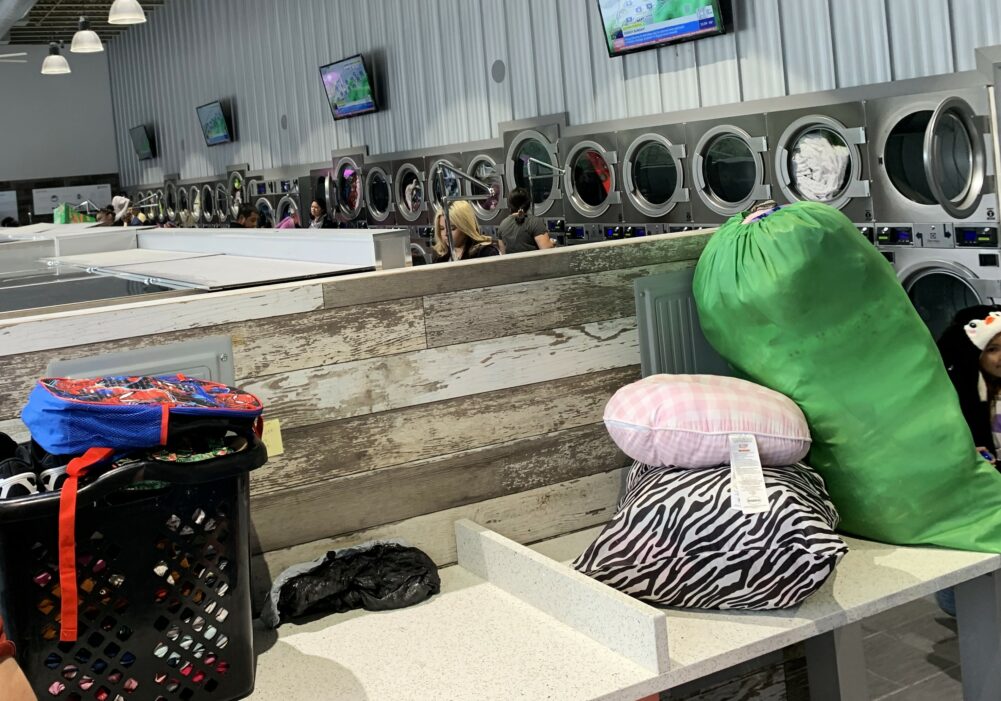 The long-awaited Laundry City Laundromat has opened on Depot Road in Huntington Station.

The self-service laundromat at 215 Depot Road is open seven days a week, 24 hours a day. On Sunday afternoon, people could be seen on Depot Road, carrying or balancing bags of laundry on bicycles on their return home.

Michael Mastorides is the owner, working with landlord Kevin Clement, who originally planned to operate the laundry before Mastorides took over.

The laundromat has about 200 machines for use, including some that can handle as much as 85 pounds of laundry at a time.

Mastorides said that the laundromat had been open about two weeks, and plans an official grand opening soon with the Huntington Township Chamber of Commerce.