Inspired by a young relative, Joseph Filosa of Garden City has been  nominated to be the Leukemia and Lymphoma Society’s  man of the year for his efforts to raise money and awareness for cancer research.

Filosa was first introduced to the society by his business partner Jesse Giordano, who is a childhood cancer survivor himself. Giordano was named the 2020 LLS’s Long Island Man of the Year, and then went on to be the National Runner Up. Giordano was able to raise more than $437,000  in just a two and a half month period.

Filosa himself became inspired to begin working with the LLS after seeing his second cousin, Daniela, diagnosed with and dying of rhabdomyosarcoma, an unusual form of cancer that predominantly affects children. Filosa said that before he had children, it “never really resonated” with him how awful childhood cancer is, and that once he had kids, he could never imagine how terrible it must be to have a child that is sick with cancer.

Filosa has assembled a team of 65 volunteers called “Daniela’s Dream Team” to raise as much money as they can for the cause. They have been raising money since March 31, and will continue through June 10. They are looking to raise half a million dollars in total to find cures for pediatric cancer and  commemorate Daniela, and have been doing so through various fundraising activities, such as bingo games, a craft fair, sending out cards and emails asking for donations, and a event at Il Bacco in Little Neck that raised “thousands of dollars”. Filosa described the experience as “overwhelming but rewarding.”

Filosa’s cousin, and Daniela’s mother, Katia, has started a foundation along with her husband and Daniela’s father Anthony, called the Daniela Conte Foundation, to raise money in an effort to research new forms of pediatric cancer therapies.

Katia said that “only 4% of federal government cancer research funds goes towards pediatrics” and according to the LLS “Over the last 40 years only 4 new pediatric cancer therapies have been developed, a small number in comparison to the hundreds for adults, underscoring the urgent need for continued research in targeted therapies and immunotherapies for pediatric cancers.” Katia hopes that one day a cure for childhood cancer will be found, something that  Daniela dreamed of doing when she grew up. 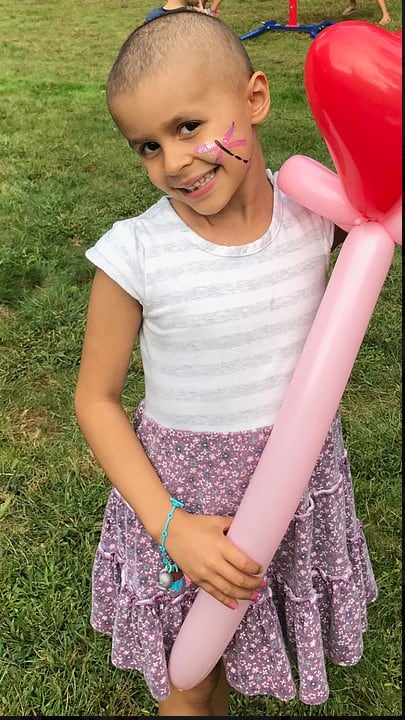