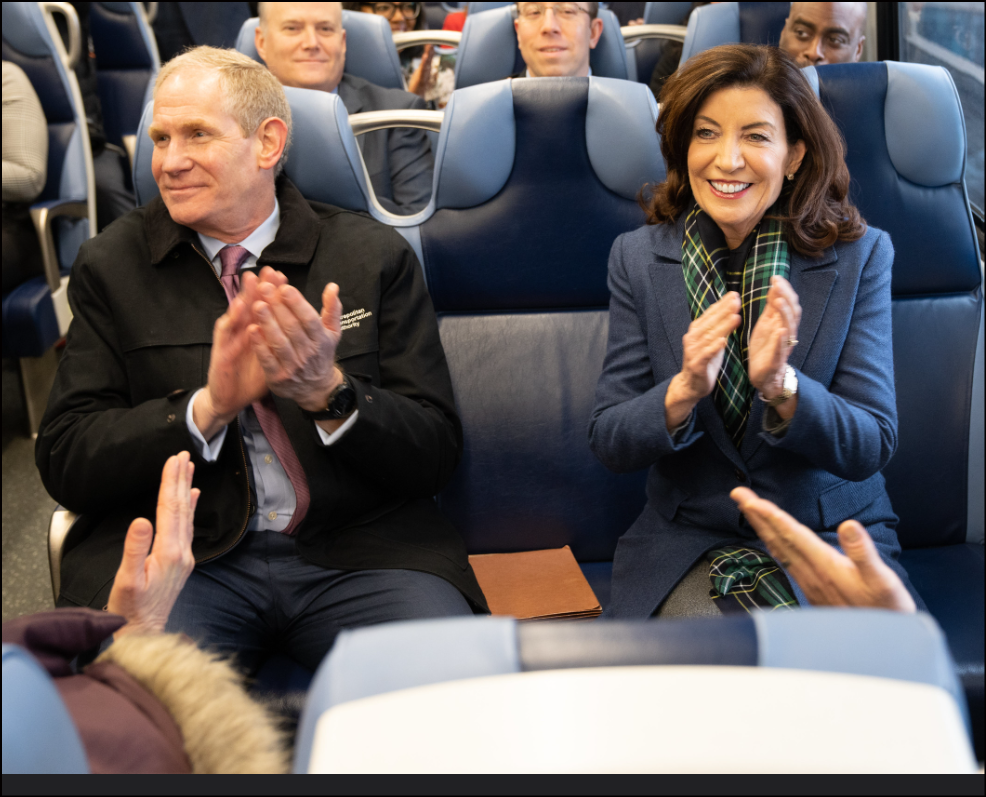 The new Grand Central Madison service will put two commuter lines–the LIRR and Metro North–together under the same roof for the first time.

Gov. Kathy Hochul arrived on the east end of the platform at Track 1 in Jamaica about 10:42 am, just before the train was set to depart, joining several dignitaries already on board. Also on board was LIRR interim president Catherine Rinaldi, who is a Huntington native. Hochul boarded the train with MTA Chairman Janno Lieber.

Hochul said to one person, “This is government at its best—six decades later.” The automated announcement came on: “This is the train to Grand Central. Stand clear of closing doors.” The train pulled away at 10:46 am.

The conductor announced that all riders would receive a commemorative “golden ticket” upon their arrival at GCT.

Lieber joked, “It’s like Charlie and the Chocolate Factory.”

Asked by a reporter how she felt riding the train, Hochul said, “It’s exciting.” She said the time saved commuting was “precious” and “transformative.”

“It’s emotional. It’s triumphant, because people have been wishing for this moment for generations,” Lieber said.

The train arrived on time at 11:07. The conductor announced, “Welcome to the East Side of Manhattan.”

The train emptied, with Hochul and Lieber being the last to leave.

“Grand Central Madison is a game changer for New Yorkers, and I look forward to welcoming Long Island commuters to our tremendous new terminal,” Hochul said. “Infrastructure is all about connections, and this project is an extraordinary step forward to better connect millions of New Yorkers with their homes, their families and their jobs.”

According to the MTA, Grand Central Madison will double LIRR capacity into Manhattan. In addition, the completion of a third track on the LIRR Main Line, the new terminal enables new reverse commuting options. For LIRR customers who work on the east side of Manhattan, this new terminal is expected to save 40 minutes a day round trip. 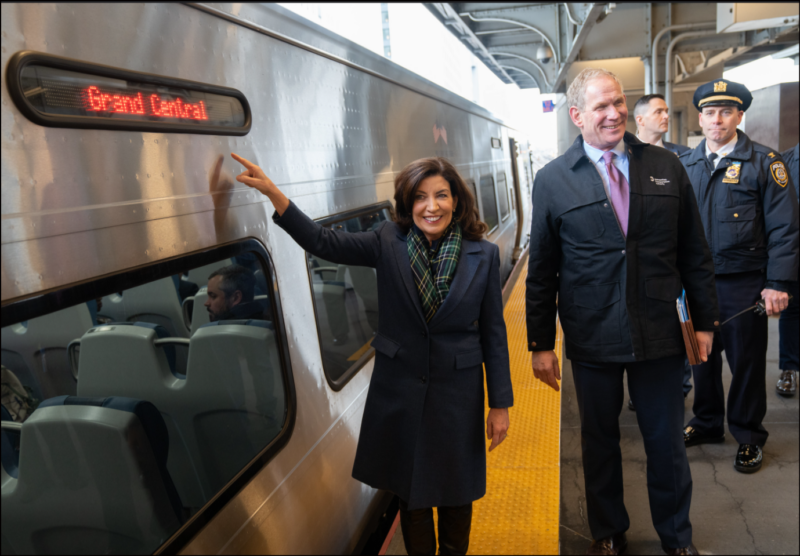 Photos by the office of Gov. Kathy Hochul