As the new year arrives, four long-time political figures, three of them Democrats, are leaving the Huntington public stage, at least for now.

Two were defeated in the November election this year; two other equally experienced leaders are leaving office as their terms end after they were ensnared in legal cases involving their personal behavior.

Susan Berland, who served on the Huntington Town Board from 2001 to 2017, was first elected to the Suffolk County Legislature in 2017 and was chosen Democratic majority leader in her second two-year term. Republican Manny Esteban defeated her for re-election in November 2021. She is expected to wrap up her term Friday in a special session of the Suffolk County Legislature which has been called in a last-ditch effort by Democrats to push through their redistricting plan, which is opposed by Republicans.

Dr. William Spencer is completing his term as Suffolk County 18th District legislator, having decided not to seek another term following his arrest in October 2020 on charges that he tried to trade opioids for sex.  The dramatic downfall of the pediatric ear, nose and throat doctor brought to an end a political career that got underway when the Democrat served on the Huntington Housing Authority before being elected to the legislature in 2011. He was in the forefront of legislative efforts to protect the environment and to combat drug addiction. Spencer’s case made room for Cuthbertson to run to succeed him.

Chad Lupinacci, a one-term town supervisor, former member of the South Huntington school board and a state assemblyman,  was brought down by a civil lawsuit by a former aide accusing him of sexual misbehavior. The suit was filed in December 2018. In February, as the case remained pending, the Republican announced his decision not to run again, making room for Councilman Ed Smyth to run for supervisor and succeed him. Lupinacci, a well-liked Huntington Station native, declined to sit for an exit interview, but Thursday, issued a statement listing the highlights of his term.

Among them were the settlement of the long-running LIPA lawsuit involving the tax assessment of the power plant in Northport, and the agreement, announced just Wednesday, to partner with Suffolk County to spend $44 million on bringing sewers to a portion of Huntington Station.

In addition, Republicans also gained control of the highway department, with Andre Sorrentino pushing Kevin Orelli out of the job. Another figure leaving Town Hall is Nick Ciappetta, town attorney, South Huntington school board president, and an ally of Lupinacci. 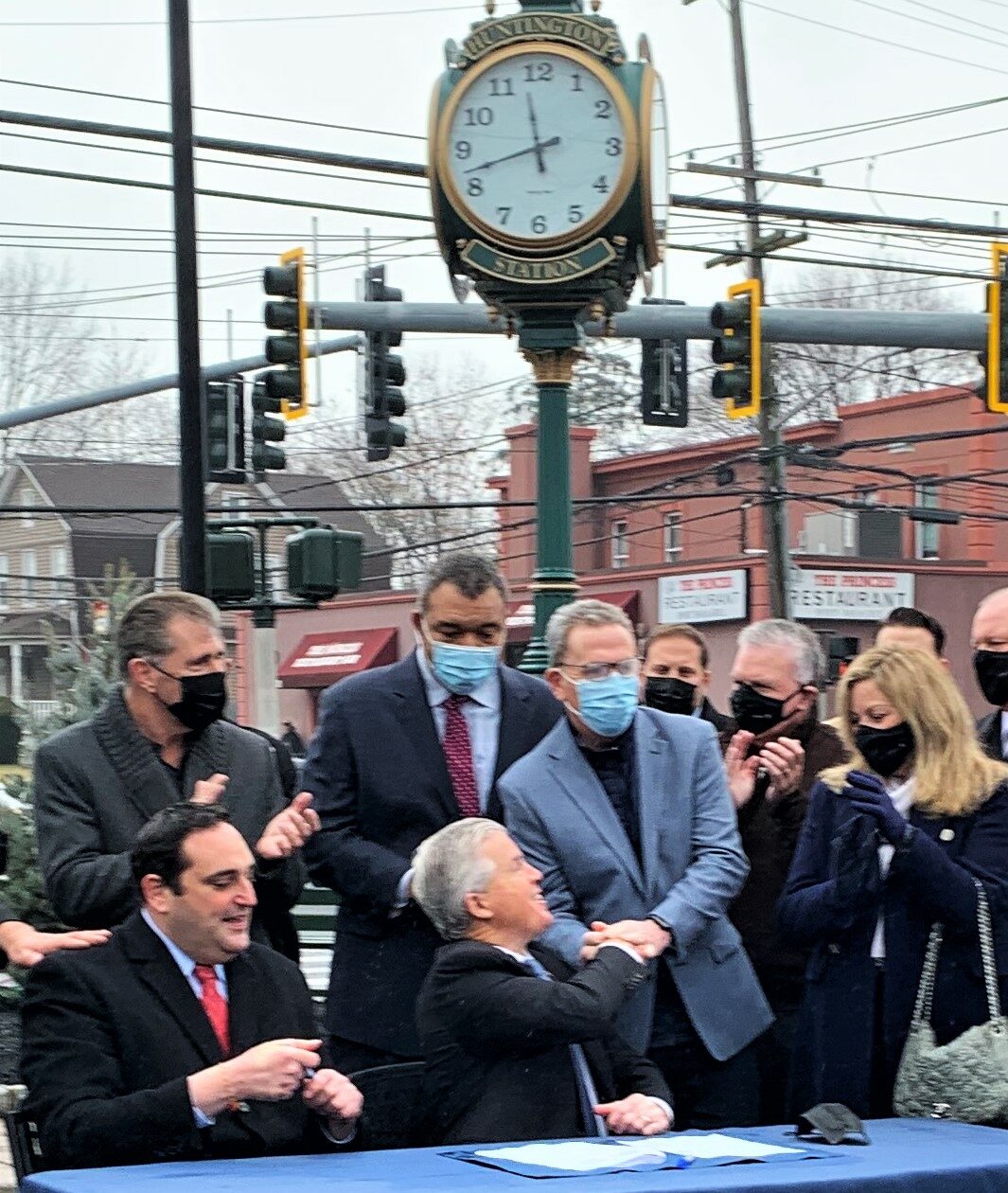