A  man was arrested Wednesday morning in Huntington and charged in the Jan. 6 insurrection at the U.S. Capitol in Washington, D.C.

Christopher W. Ortiz, 27, was arrested by the Joint Terrorism Task Force and accused of unlawfully entering the building and impeding or disrupting the government business. He was scheduled for arraignment Wednesday afternoon.

The Jan. 6 attack brought thousands of people to the Capitol building, many of whom scaled the walls or broke through glass windows and doors to stop the official count of Electoral College votes verifying that then-President Trump had been defeated by Joe Biden for the presidency. Five people, including a US Capitol police officer, were killed in the attack.

An FBI affidavit said Ortiz was identified by witnesses and video and audio recordings, including his own postings to Instagram.

Documents and photos submitted by other witnesses said that when asked what he was doing at the Capitol, he allegedly replied, “participating in government.”  And,  “Lol they can come and get me; I didn’t break or vandalize or steal; I walked through and out.” and added, “I’d storm the Capitol for you any day.”

In an audio tape, a witness identified Ortiz as the man shouting “”Yeah!” and  “Yeah! We’re at the door!” as well as encouraging others to keep swarming into the building.

Then-Vice President Mike Pence was in Capitol at the time and many rioters could be heard shouting “Hang Mike Pence” because he had declined to stop the Electorial College vote count.  Members of Congress were forced to flee the chambers to hide out as rioters broke in and defaced property. 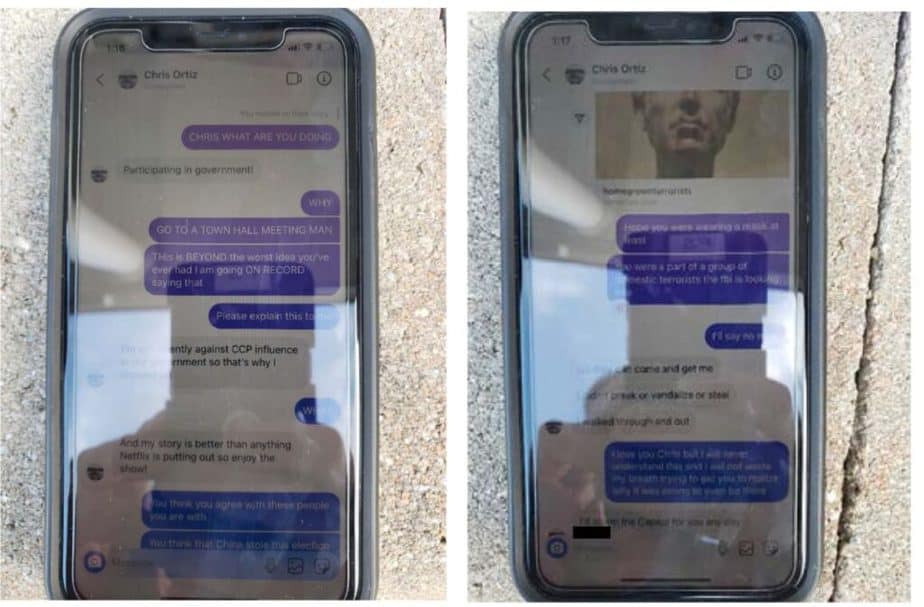