Facebook Twitter Email Instagram Phone
Home »News»Campaign2020»Michael Weinstock Takes on Suozzi in 3rd District
Michael Weinstock has a packed resume–he was a firefighter who served at Ground Zero, a sex-crimes prosecutor in New York City, and a volunteer who connected an elected official with the descendants of a Jewish Italian family that the assemblyman,had, as a child, helped protect from the Nazis.
The Great Neck attorney is now running against Rep. Thomas Suozzi in the Democratic primary for the third congressional district seat, which includes Huntington.
And he’s gay.
Weinstock said,”We live in the most extraordinary place in New York City and Long Island, but  you wouldn’t know it.
“I very much want to be a new voice for people who love New York as much as I do. I will be the first 9/11 firefighter and first openly gay individual representing Long Island and New York City in Congress. I grew up struggling to get into college and to pay off loans. It would be nice to to have someone from a normal situation.
“I’ve been a progressive all my life, but none the less ardently support Israel. I’m a progressive with sanity.”
Among his issues are the need for New York City to do a better job taking care of people with mental illnesses in the justice system and suggests that members of the public visit a courthouse for a day to see how the legal system works.
“I want to see New York take care of people with mental system in the justice system but I also want to protect people. We should give judges the ability to post bail.”

Talking about the controversial bail reform laws that went into effect in January, he said that they were an example of the law being changed without fully considering the impact.  “What the legislature should have done is studied the issues carefully. The real problems are with the issue of speedy trials,” he said.

He finds endemic corruption in the political process, believing that too often people are rewarded with no-show jobs because of their political support of elected officials.
He used his prosecutorial research skills to track down a diary that supported the claims of Assemblyman Anthony D’Urso that his family had hidden a large Jewish family from the Nazis in 1944 in Formia, Italy. As a child, D’Urso was tasked with watching for Nazis and alerting his family to them. Finding the diary written by a Holocaust survivor in the National Archives of Italy, the assemblyman and some of the family’s descendants reunited in 2018. That, in turn, led to D’Urso and Weinstock meeting Pope Francis in 2019, with the pope commending both of them and recognizing Weinstock’s work as a firefighter.
pope very impressed.
Weinstock quoted the pope as saying, ” ‘I’m staying on you for a minute, young man.’ He was like your charming uncle, deliberately giving me praise. ‘You are special; to do all of this.  I really love firefighters’.” 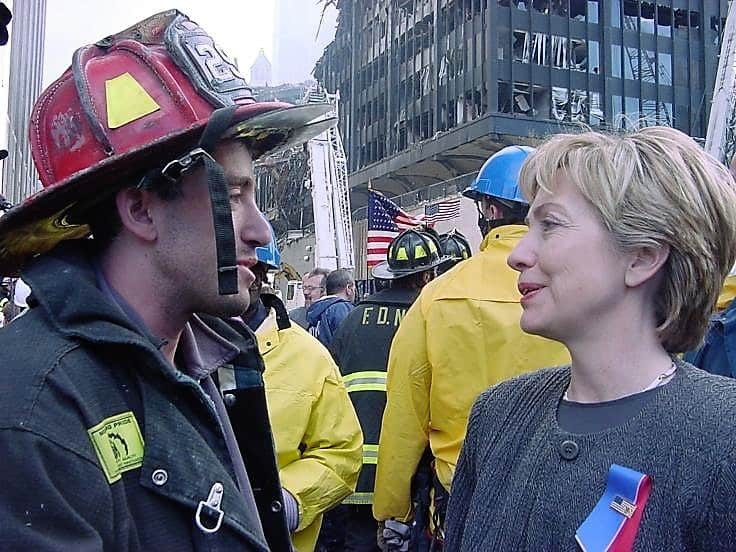