After pizza, soda, mixing and mingling, six pitchers, armed with PowerPoint presentations highlighting their ideas, got down to business in front of judges and an audience of 80.

First up was Ramey Ebrahim, co-founder and COO of the Common Connect app. Ebrahim’s location-oriented app allows one to search in a variety of ways and meet people in real time.  Genius runs in the family: His sister, Miriam Ebrahim, is actually the app’s founder, and doubles as its CEO. Their staff is rounded out by CTO and co-founder Arnell Milhouse, and lead software developer Cliff Choiniere.

Need assistance with a foreign language? Portia Ingram is your woman. And Kenneth Grandberry is your man. And Lingually, currently in beta phase, is your app. Ingram said she is the “arts and sciences” of the team; she said Grandberry is the “brains.” Really, they are both the brains, and their creation is scheduled to roll out in 2019. You can look forward to real-time translation, and a free and premium version to meet the needs of individuals and businesses.

Mike Jaya and Chris Logan are planning a service called DGI: Drone Grown International. They hope to provide battery-powered drones for the agricultural industry. These drones, whose tanks would hold approximately three gallons, would spray about eight to ten acres an hour.

Also speaking was Jose Tutiven of Colored Colors. This one-person operation produces artists’ showcases, each with its own theme, at various locations. These places charge him money; this means he must collect a fee from attendees as well as the artist participants (who also give him a part of their profits). In the future, he would like to charge less, and host at larger venues, by having sponsors.  Contact him via Instagram. 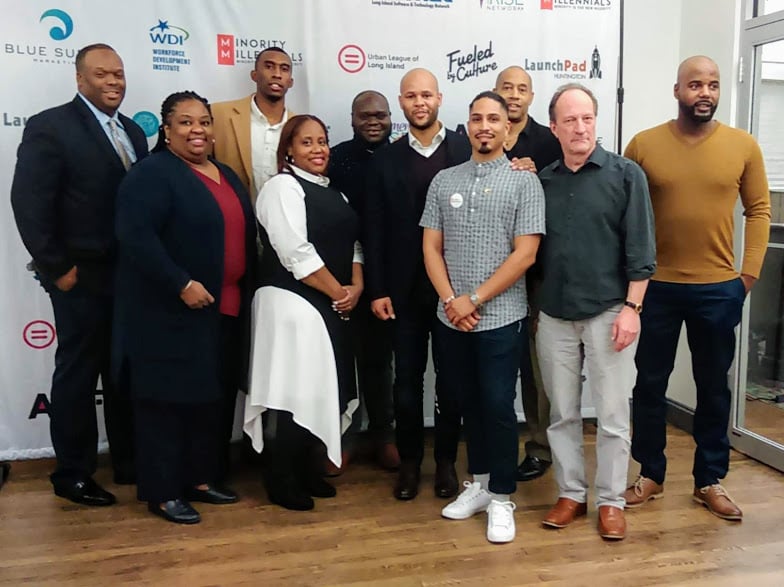