The Suffolk County Legislature approved new boundaries for districts this week after a drawn-out process that lasted for months.

Huntington will be represented by five legislators; three Republicans and two Democrats. The new districts take effect in January 2024 with voters picking legislators in November 2023. And many Huntington voters will find new names on the ballot when they cast their ballots.

The 16th previously included Commack, Dix Hills, East Northport, Elwood, Melville and South Huntington in Huntington, Deer Park in the Town of Babylon and Brentwood and North Bay Shore in the Town of Islip. The district will move further into Huntington Station.

The district will continue to include parts of Huntington, but will move further into Deer Park. It previously included  all or parts of the communities of Cold Spring Hills, Deer Park, Dix Hills, Huntington, Huntington Station, South Huntington, Melville, North Babylon, West Babylon and West Hills.

The new maps create four districts that are majority-minority, including three in Huntington: Districts 15, 16 and 17. The fourth is District 9, covering Brentwood, Bay Shore and Islip hamlet. 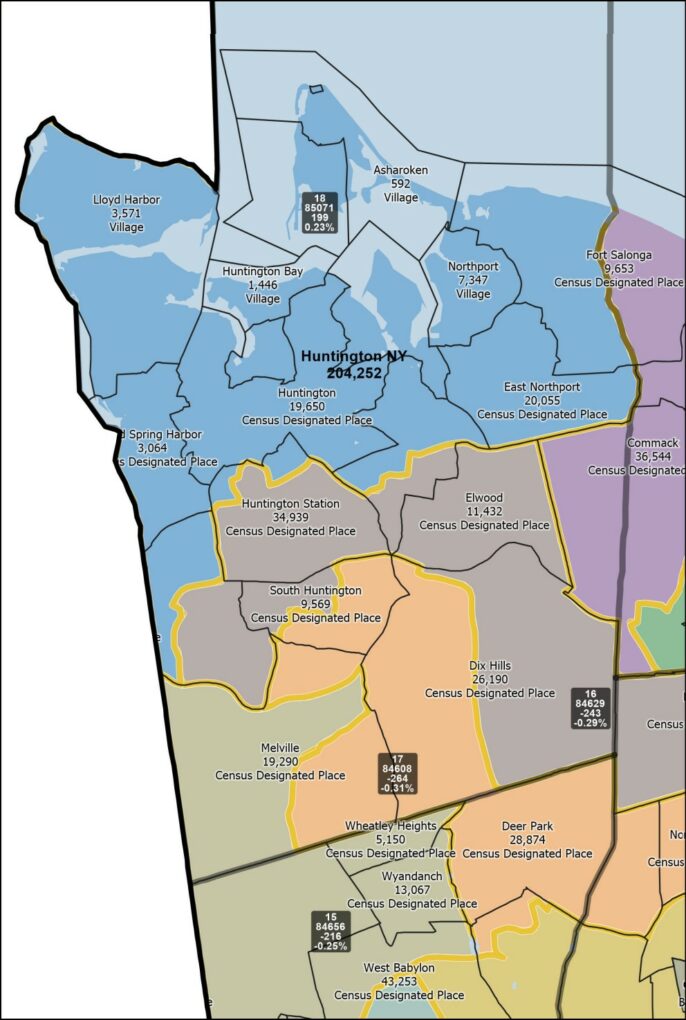