The Northport Board of Education took a step Thursday night toward  supporting changes in state laws that would allow the reinstatement of children banned from attending school because they aren’t vaccinated.

It also approved a letter to be sent to state officials opposing a possible mandate for the Human papillomavirus and flu vaccines, a requirement currently under consideration in Albany. Health experts say the vaccine has significantly reduced certain kinds of cancers but opponents, including many school districts, point out that the disease isn’t spread through casual social contact and shouldn’t be a requirement that school districts would have to enforce.

The board asked Superintendent Robert Banzer for research that would express support for pending legislation that would reinstate religious exemptions, require informed consent about the content of vaccinations, and protect physicians who want to provide children with exemptions based on medical claims. Banzer and the board agreed, however, that trustees would first review the bills before approving a letter of support to elected officials, including Gov. Andrew Cuomo and State Sens. James Gaughran and John Flanagan.

At least four bills pending in the State Legislature would modify state laws passed in 2019 that toughened vaccination requirements, most specifically, eliminated religious exemptions from the vaccinations. The law was passed after an outbreak of measles in Brooklyn.

Dr. Joseph Centamore said about 100 families, including his own, took their children out of public school when the laws took effect.  Centamore is deputy superintendent of schools in South Huntington but resides in the Northport district.

Speakers challenged the medical science underlying the vaccine requirements, the sense that their unvaccinated children are a threat to public health, or saw the law as a challenge to their parental rights.

Alan Sherr, a chiropractor who runs the Northport Wellness Center, and who sued the school district in 1986 over vaccination requirements, and Lawrence Palevsky,  a pediatrician at the center, were among those who spoke in favor of lifting the vaccine requirements.

One woman choked back tears when she compared how difficult the lives of  non-vaccinated children had become to the problems experienced by children resulting from the closing of the Northport Middle School.

Another said, “Our children were discarded” when they were barred from schools.

A theme of A Tale of Two Cities ran through some speakers’ words, with one child quoting the Charles Dickens’ famous lines, “It was the best of times, it was the worst of times,,” and noting that she felt she was living in the worst  of times.

And Centamore, addressing the board, expanded on the theme. “This is a school district that is more a Tale of Two Cities, than it is just a Shining City on a Hill. Maybe, if you visited some homes; spoke to these children and felt their pain and anguish; maybe if you looked into the desperate eyes of their parents and felt their hopelessness, you would see the world and feel as they do.”

Several children who are now being home schooled because of the vaccination requirement addressed the board, pleading for a return to their classes and friends.

Another, asking the board to support the children, said, “I feel isolated in general. It is incredibly painful to see my younger siblings miss out on their childhood. I feel defeated and alone.”

Some cited their accomplishments last year that would have led to activities or leadership roles this year if they had been allowed to remain in school.

Others stepped to the microphones to insist that their parents knew what was best for them.  Older students expressed fears about the effect of a lack of school activities on college acceptances.

Individual board members criticized the way in which the legislation was passed and expressed support for the families of those barred from schools. During the discussion of what actions to take, some board members were interrupted by members of the audience demanding that their children be re-enrolled. When a question was raised about who benefited from the vaccine requirements, some people in the audience shouted, “Big Pharma! Big Pharma!”

But board members noted that they had also received numerous emails from those who support the current state law, while urging caution on supporting laws that might upend the requirements.

Trustee Donna McNaughton said, “I am not suggesting we don’t advocate but  I do think we need to make sure we’re listening to others. I don’t think all vaccines are equal. We must do our due diligence. None of us think that having these kids home is right.” 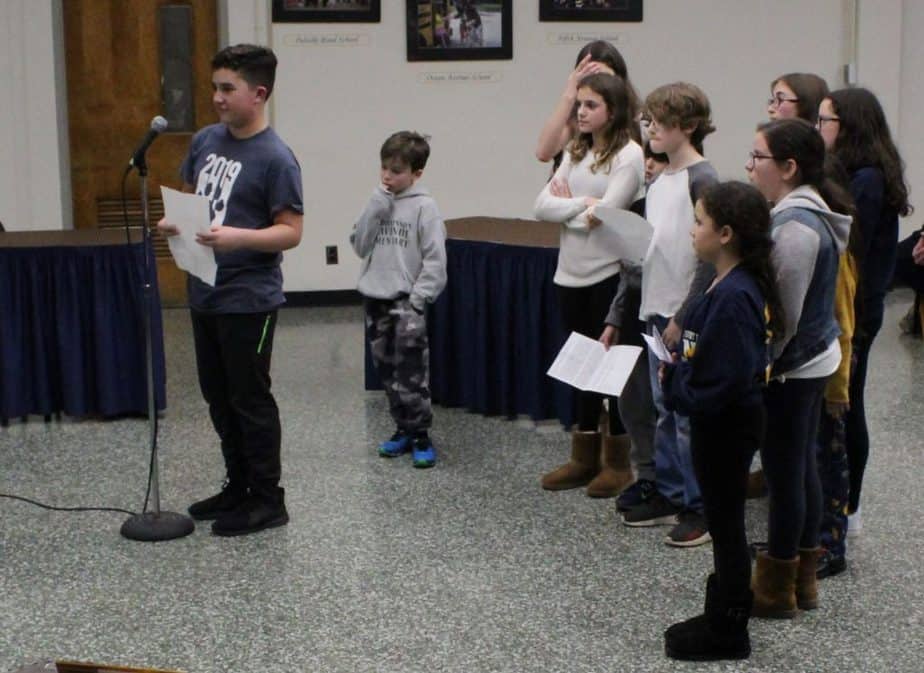 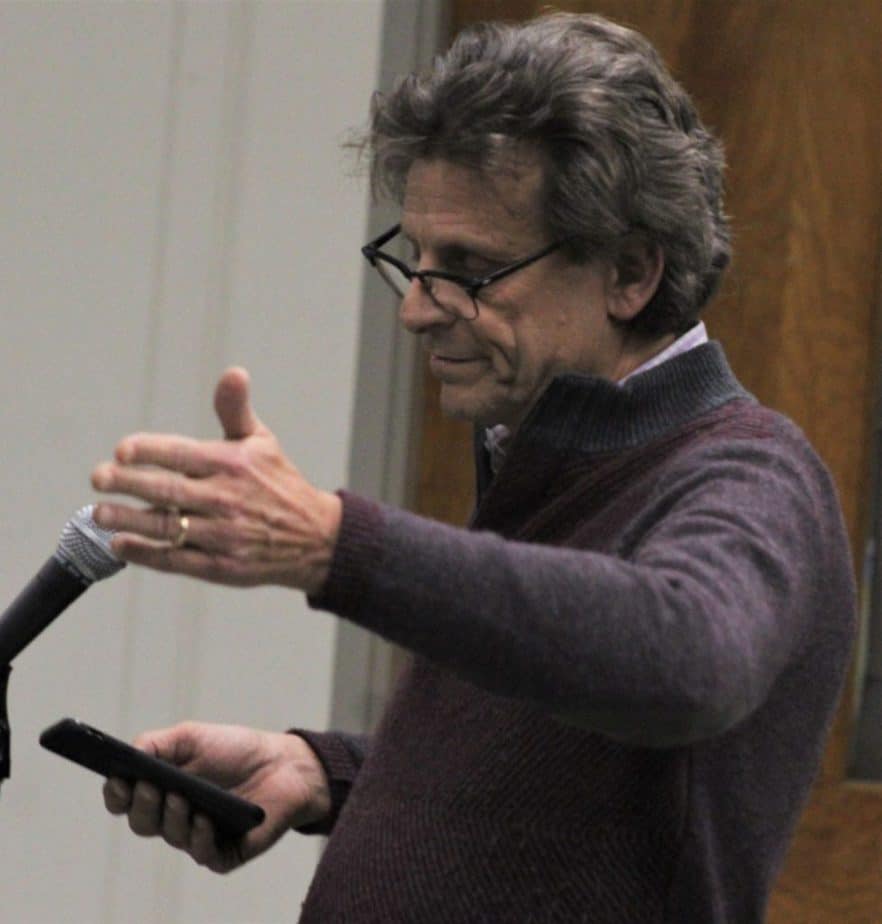 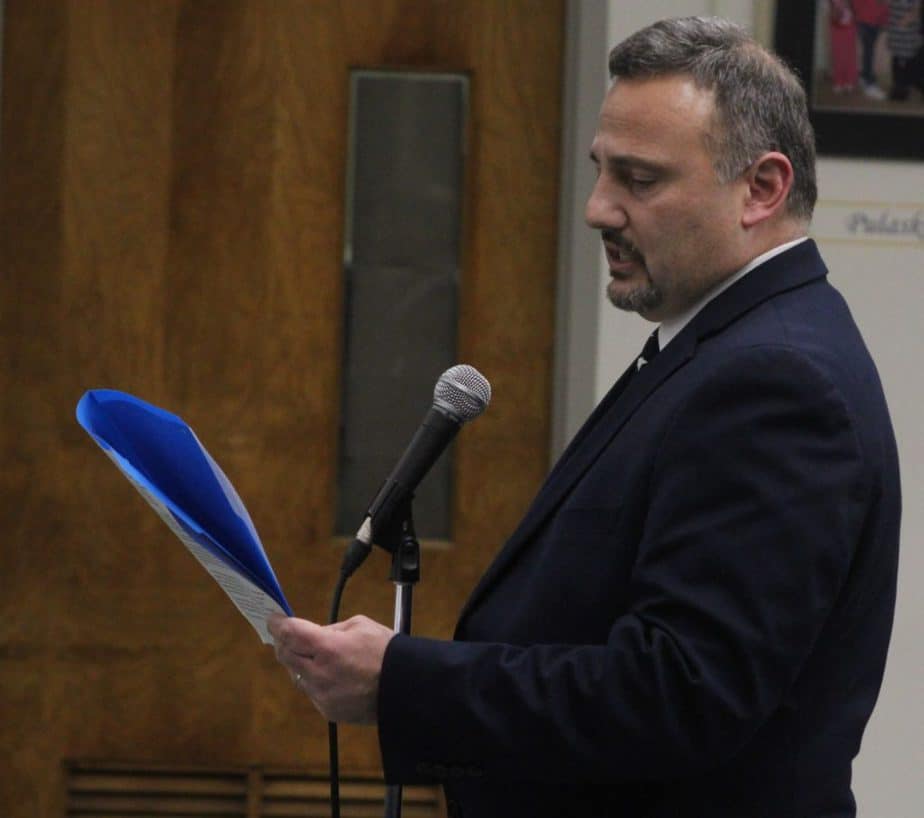 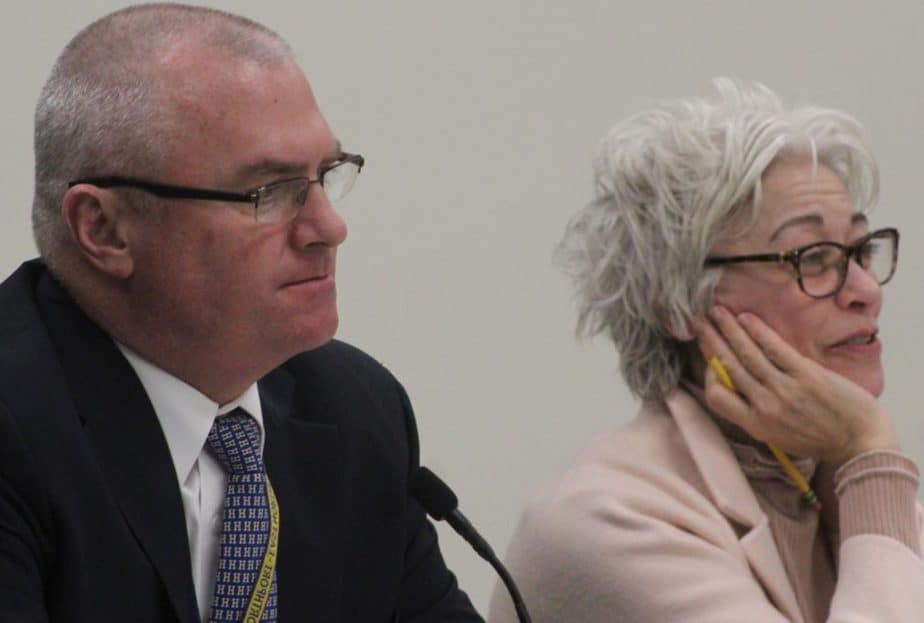 Some of the bills involving vaccines that are pending action in Albany.