After a year in the dark, the Northport Historical Society has opened its doors once again, choosing a look at the impact of immigration for its first big exhibit.

In the heat of a beautiful Sunday afternoon, miniature flags hung outside of the building, with a tent covering a table full of refreshments. Inside, the small main room was full of life, as both attendees and honorees brought their stories and experiences. The exhibit focused on Northport immigrants from around the world, featuring their stories, experiences, photos and artifacts.

Among the artifacts were a pair of Croatian instruments called sopile. In a lightened display, these two wooden instruments, similar to an oboe, were placed in front of an old photograph of a Croatian immigrant working on the George Washington Bridge.

His relative, Anton, helped put that part of the exhibit together.

“It took a while to get everything together,” he said. As a volunteer, he was one of the people responsible for collecting all the data, reaching out to people and translating documents. Despite all the work he put in, there were still stories and excerpts that didn’t make it to the final exhibit.

What was especially interesting, however, was the reaction some people had when they were approached by Anton. He said, “There are a lot of stories that don’t want to be told.” As some of the exhibits show, many immigrants fled their countries for various, unhappy reasons. To think back to those memories would only bring pain.

The curator of the exhibit, Terry Reid, shared a similar experience with her research: “We tried to push people, but at a certain point, we had to hold back. I was surprised at how many people refused to talk.”

Reid has been NHS’s curator for the past 16 years, taking on a number of projects after working her way up. As for this project, it was something that had already been in the fold. “We had an idea of what we were going to do and then the pandemic hit,” she said.

This past year has been spent interviewing people, collecting data and creating the exhibit. If you missed it today, don’t worry; the exhibit will remain open for a year, with part of it occasionally rotating.

Creating this exhibit was important for Reid, who has roots in Ireland and Italy. She created the exhibit “to inspire people and make them appreciate the United States and where they live.”

One of the honorees on display is Michael J. Dowling, the president and chief executive of Northwell Health, the largest healthcare provider in New York. With his position at the head of this company, one would think that his whole life was spent in the medical field and that he was always in a position of power.

Looking at his exhibit, however, this is not the case.

Dowling was born in Knockaderry, County Limerick, Ireland, where he “lived in a three-room, thatch-roofed house with mud floors, no electricity and no plumbing.” He lived in poverty but worked hard to attend the University of County Cork for a year. Eventually, he moved to the United States where he continued his hard work and eventually became the president of Northwell Health.

There are many other stories within the exhibit, with immigrants coming from Brazil, Greece, Germany, Italy, Pakistan, and other countries. Their testimonies and stories create a mosaic that is often overlooked.

In fact, there are three Croatian groups in Northport alone that do not have much notice, even though one of them has over 100 members.

After the difficulties of the pandemic, it’s important to consider the important things in life. “We thought it would be a great way to reopen,” Reid said. In the small confines of the newly reopened NHS, there is much to see and learn.

For more information about the NHS and the exhibit, check out their website. 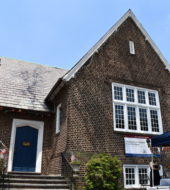 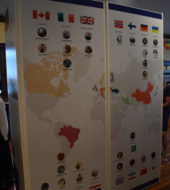 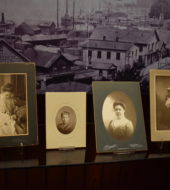 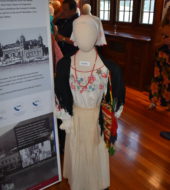 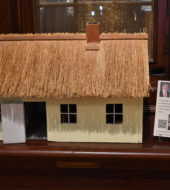 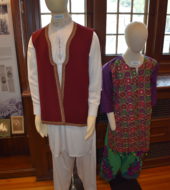