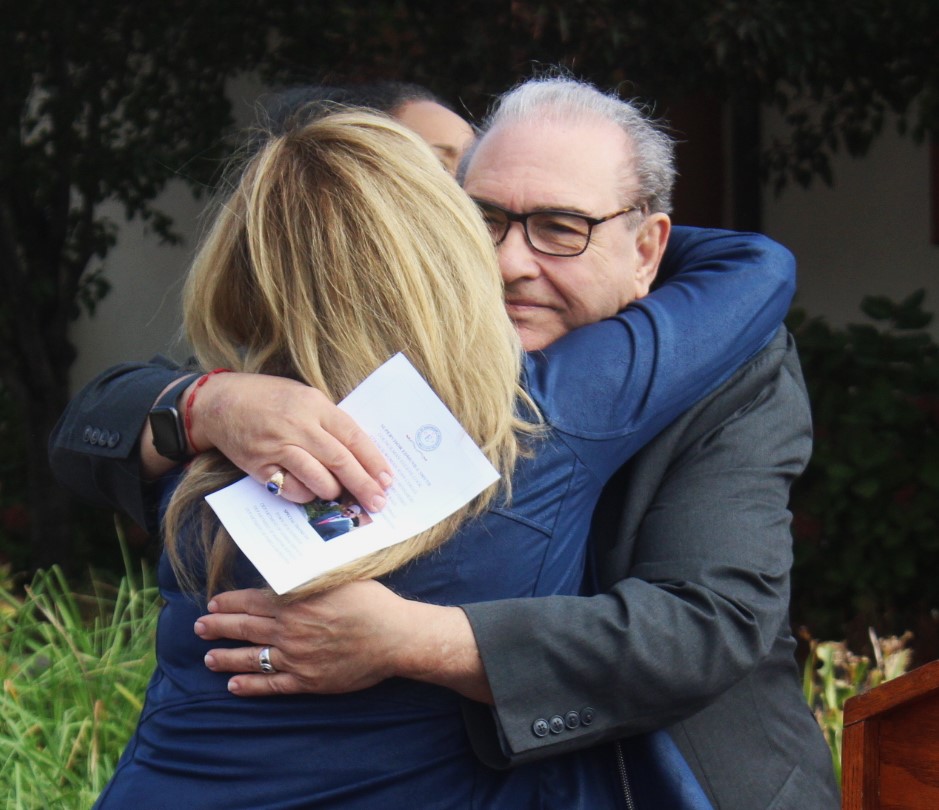 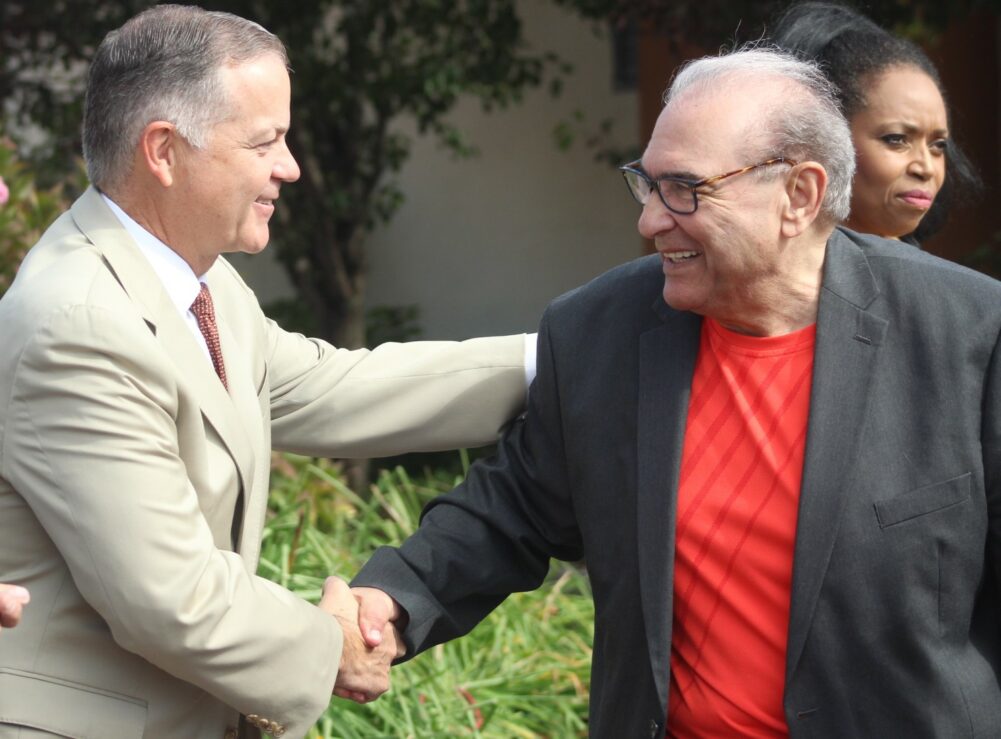 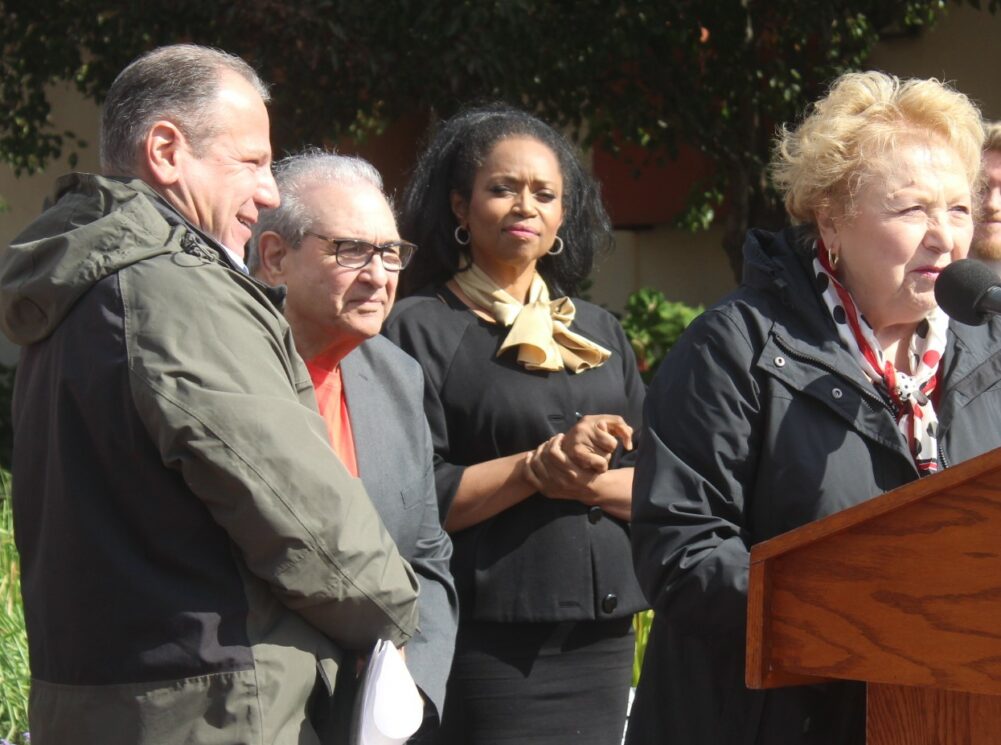 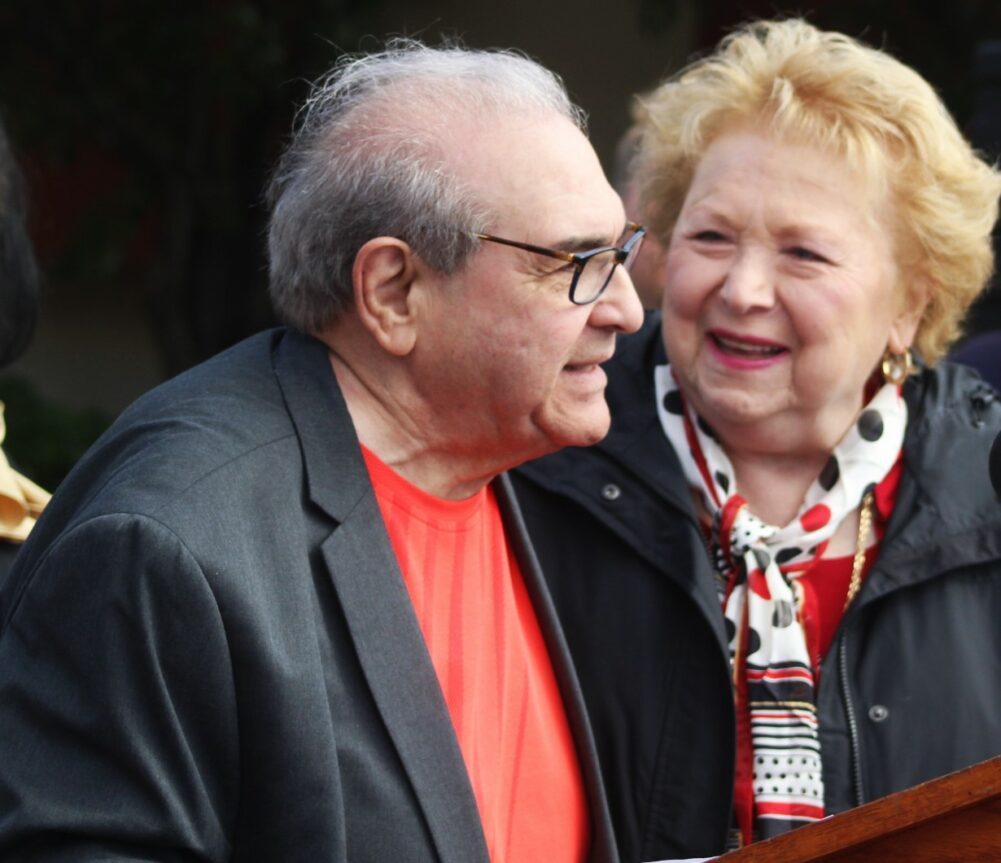 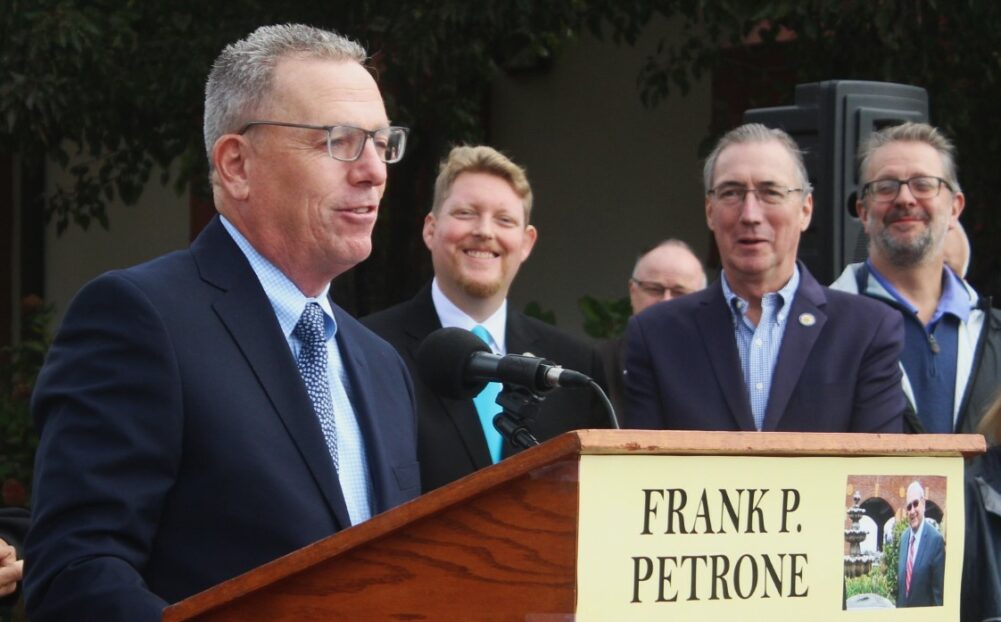 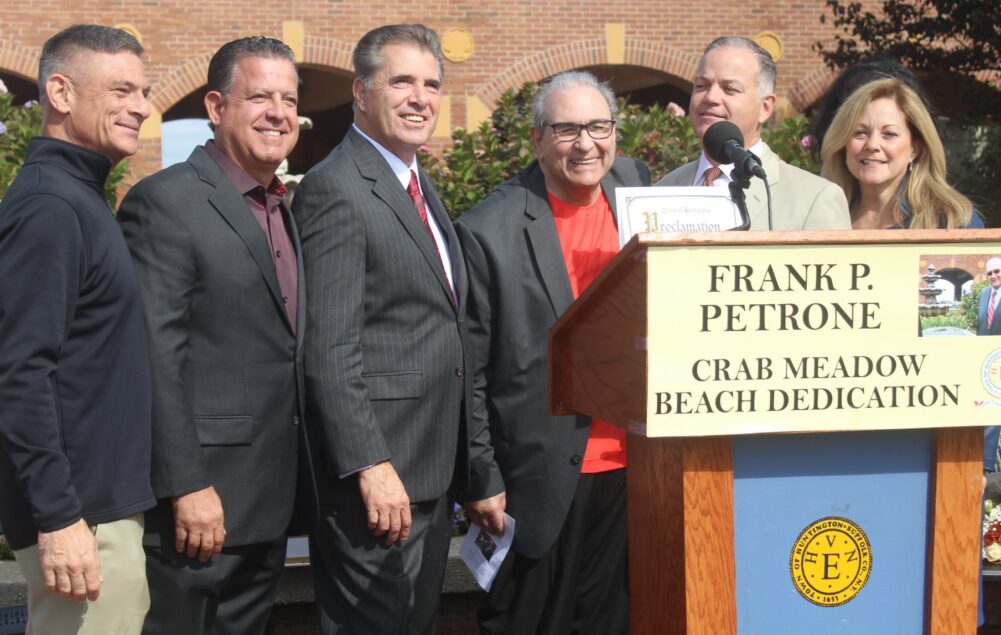 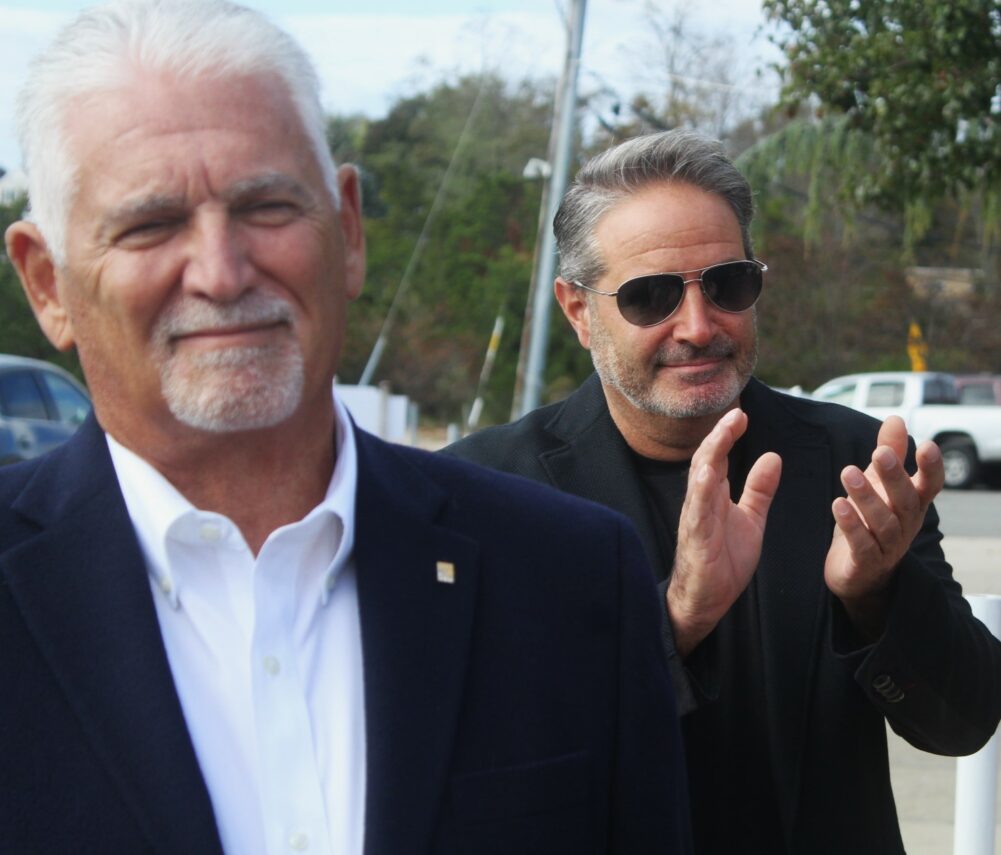 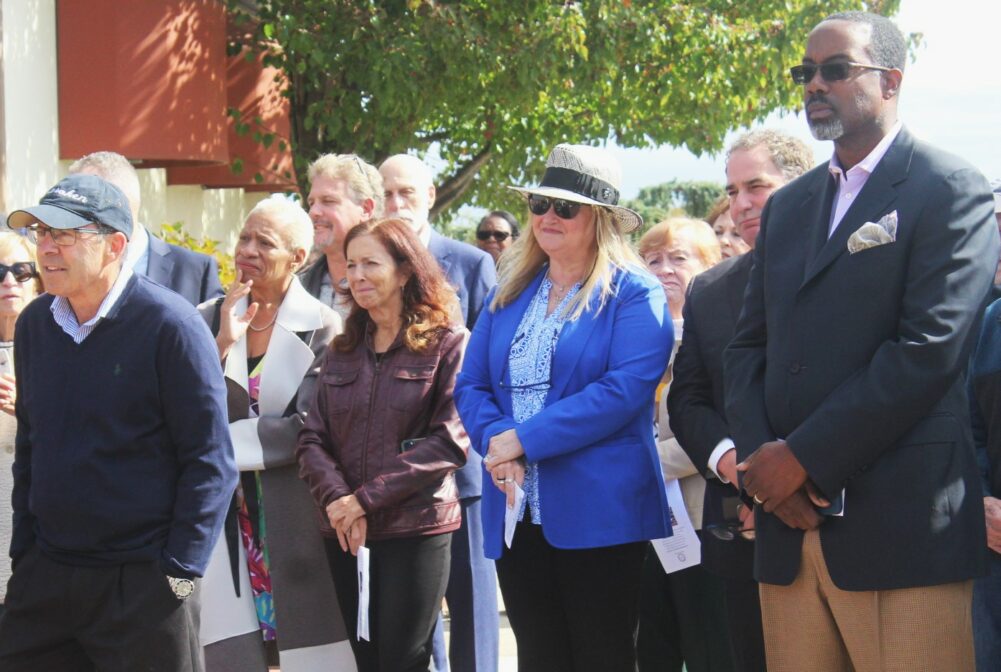 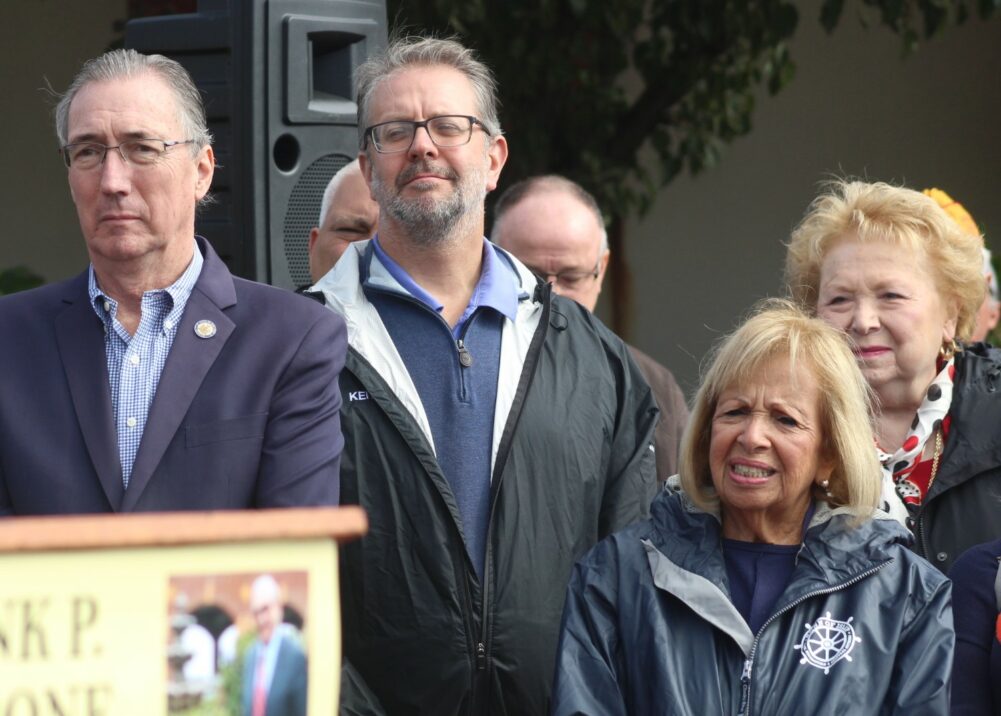 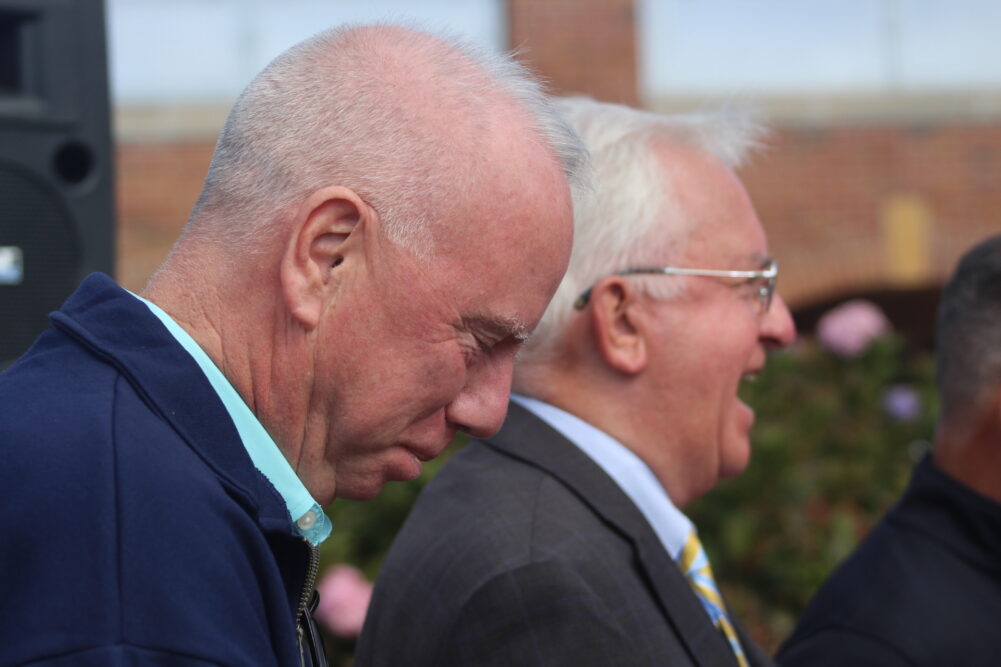 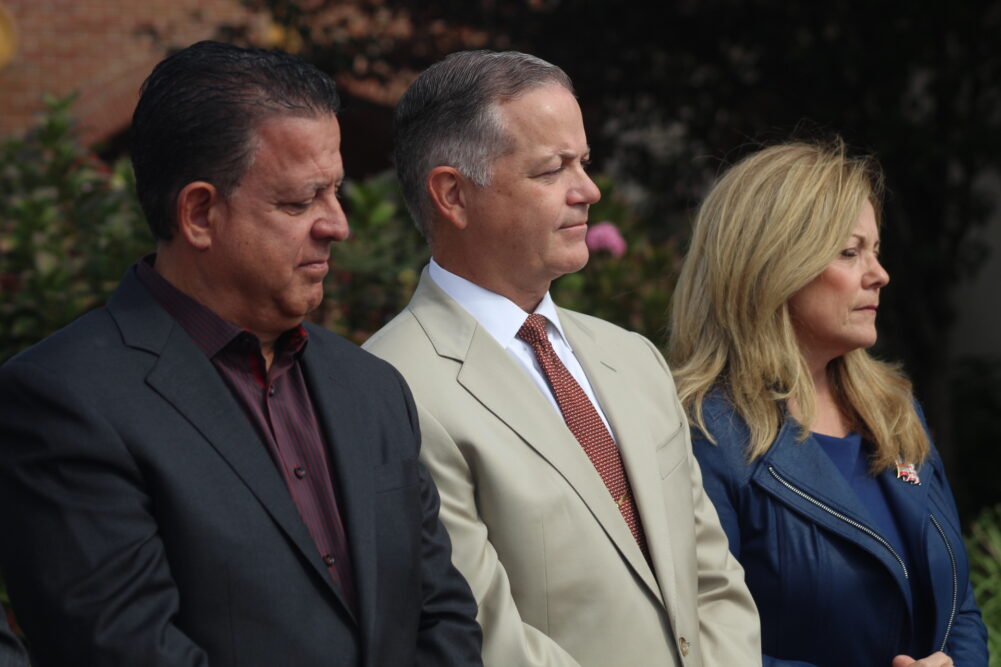 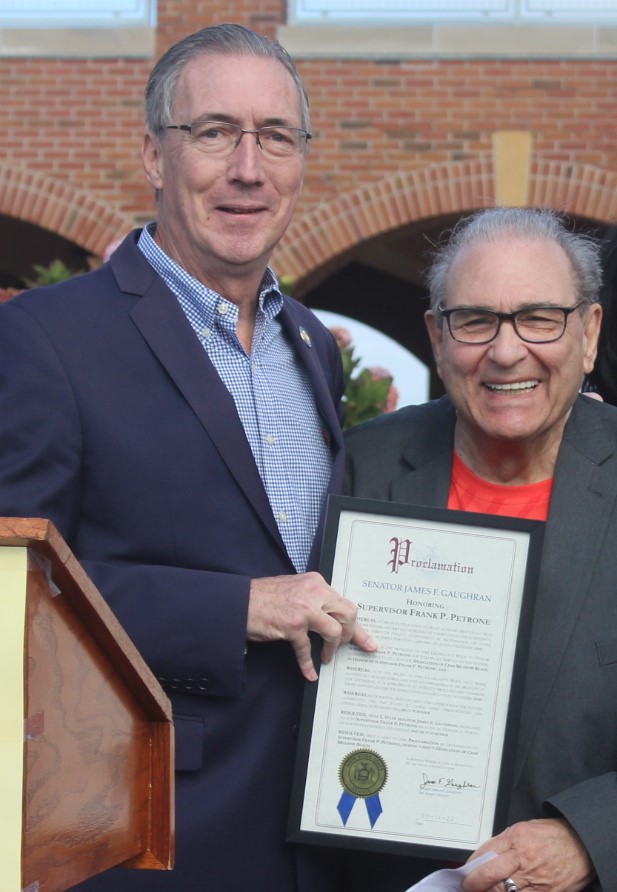 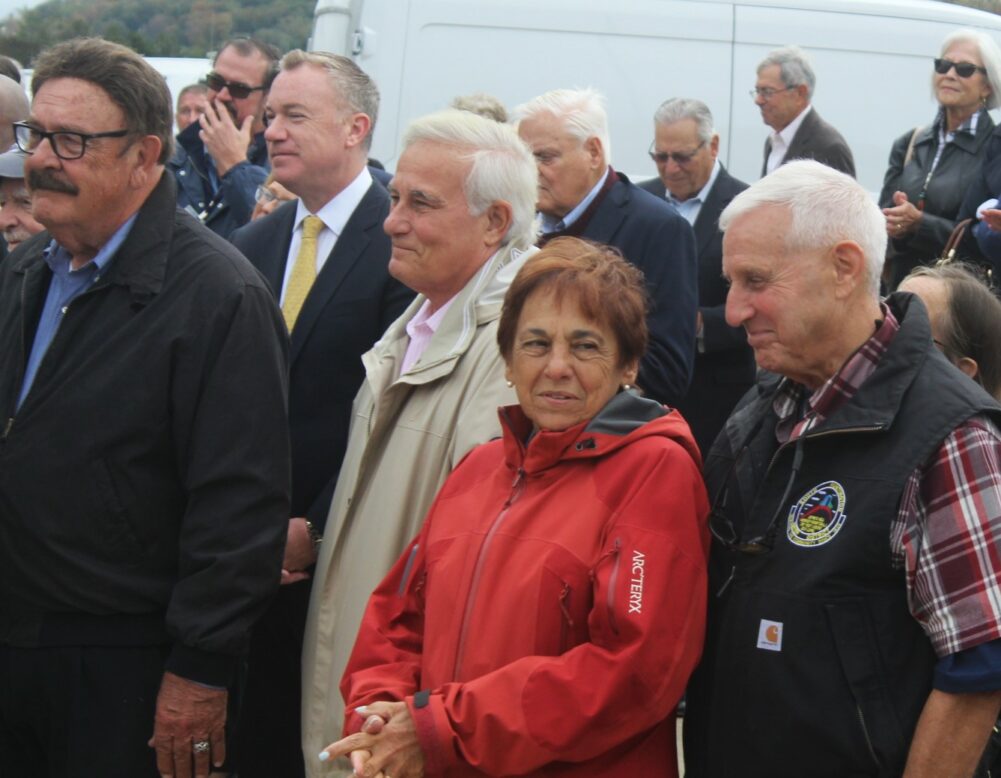 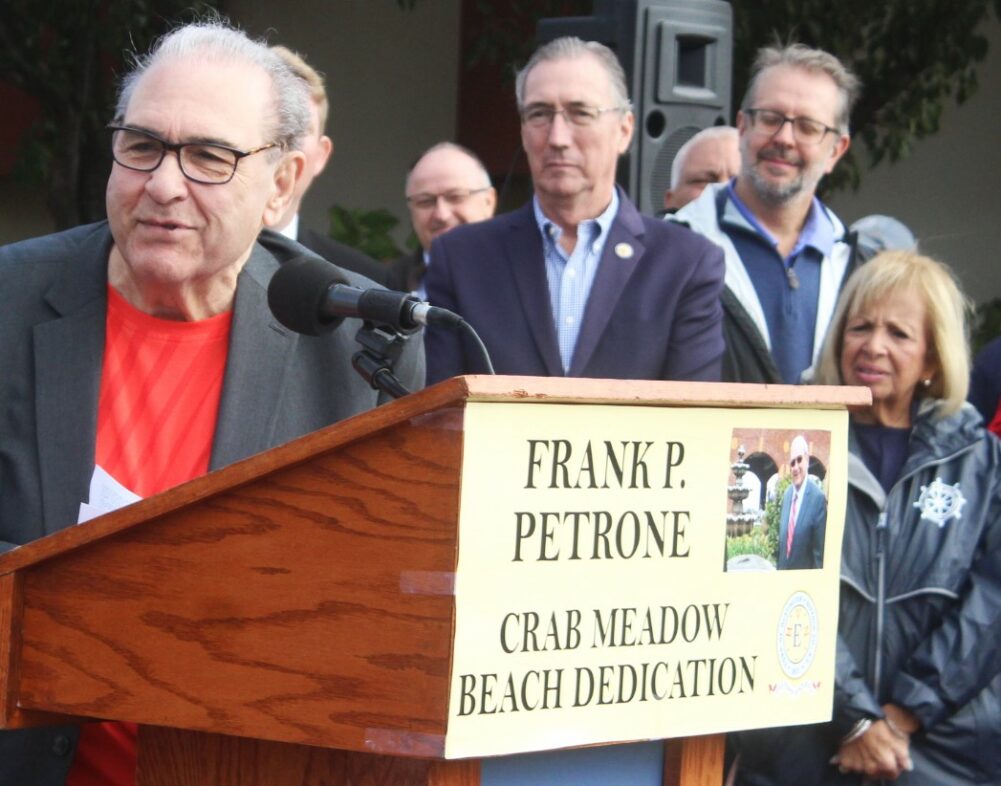 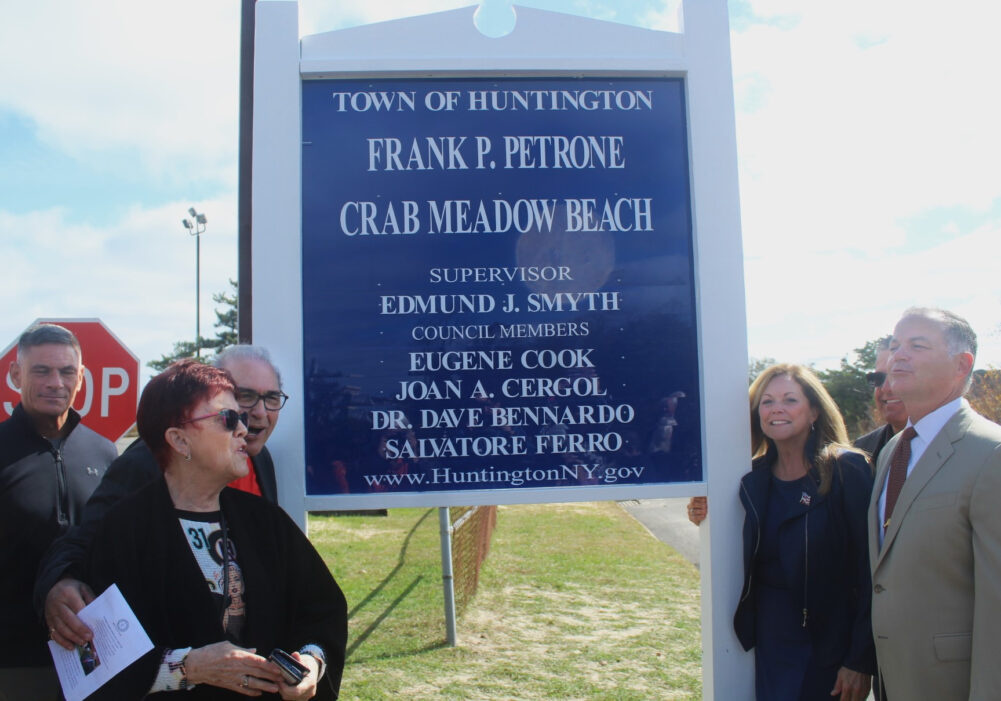 A who’s who of Huntington political and business luminaries, past and present, turned out Friday for a ceremony adding the name of former Town Supervisor Frank Petrone to Crab Meadow Beach.

After several speakers cited Petrone, a Republican who became a Democrat and set a record for serving 24 years as town supervisor, for his bipartisanship, officials unveiled the sign at the entrance to the beach that reads “Frank P. Petrone Crab Meadow Beach.”

Attending were people who worked with Petrone in various capacities over the years: retired judges, business leaders, town, county and state officials, educators and environmental leaders.  Before he was elected supervisor in 1993, Petrone worked as an assistant county executive, director of environmental control for Huntington, chief of staff to the Suffolk County Legislature and regional director of FEMA. Many credited him with providing guidance and mentorship during their own public-service careers.

Petrone and Smyth joked about the priority of naming facilities for living former officials, and Petrone said that when word circulated that the beach would be renamed, his wife, Pat, got some texts from people who expressed condolences, thinking that he died.

Speakers credited Petrone, who now lives in Florida, for improving the town’s fiscal standing, and for creating the Environmental Open Space and Park Fund and several specific programs such as establishing a master plan for Crab Meadow Beach and the Jerome Ambro Memorial Wetlands Preserve, along with other environmental safeguards.