Facebook Twitter Email Instagram Phone
Home »Business»LIPA»Op-Ed: LIPA Settlement Makes Sense
A few have asked how I feel about the proposed settlement.
I’m a numbers guy so I’m waiting to see the numbers in a little more detail, i.e. what does it mean for my neighbors and me.
But I will say that at this moment, I support the deal.
Here’s what I know:
1) LIPA has been ruthless. LIPA has been manipulative. LIPA has used ratepayer dollars to lobby against our community. LIPA has the tacit support of Andrew Cuomo, who doubled down earlier this year by appointing a tax certiorari expert to the board of directors.
2) Tax cert. case law was not in our favor, however much you may disagree with the stipulated valuation methodology. And while our 3rd party beneficiary appeal has legal merit, we lost that case and were appealing it – certainly not a slam dunk that we would win. Also, Judge Emerson clearly wanted a settlement, and delayed her decision as long as she could, because she did not want to rule against our community – I think most can agree on that point.
3) I’ve never said, “Never Settle!” I’ve always said, “Don’t settle for the deal that’s been offered.” And I think we’ve done much better than what was originally offered. Putting aside the hundreds of millions of tax revenues that we’ve preserved by keeping this tax case in the courts for 10 years, the deal going forward is better than the Brookhaven deal (the only one ratified and in effect) by 3 percentage points, from 50% to 47%. It also calls for $14.5mm of payments directly to the school district over 7 years. And it provides for LIPA to agree to not grieve taxes for 5 years AFTER the end of the settlement period, subject to renewal of the Power Supply Agreement. Back to the $14.5mm of payments directly to the District: This money ($2.5mm in Y1 and $2.0mm in the 6 subsequent years) is not money that is routed through the Town of Huntington for payment of other government services, like police and highways. This money directly benefits your district – and rightly so. The most acute impact would have been on the Northport-East Northport School District residents. While nobody, anywhere, ever, likes tax increases, the anticipated impact to residents of the broader Huntington Township paled in comparison to our District residents. The rest of the residents of Huntington Town should be thankful that the Northport residents didn’t drive them off a cliff.
4) There is a Future Study Committee in our district that has been meeting since late last year to consider ways to deliver the same quality education more efficiently, i.e. less expensively, by reviewing a host of options, with the most obvious one being a reconfiguration of the way we use our 10 buildings. Can we do with 9? 8? As we move toward a more efficient delivery model (no, this doesn’t mean remote learning as a permanent solution), can we reduce costs in other ways? The way we as a district thread the LIPA needle is through the $14.5mm of direct payments to our district and a more efficient delivery model. Many residents have called for this for some time now. There is a path forward for us!
It doesn’t mean your taxes won’t go up over time. They will.
It doesn’t mean that your district won’t look a little different in the future. It will.
But we were staring down the barrel of a gun and I believe the right decision has been reached. There will be a Town Hall held by the District on July 15th. I’m sure the case will be made and people who have an opportunity to make themselves heard so I encourage everyone to get as informed as they can and to participate in that event.
Let me address the “Never Settle” argument: There are some leaders on your Town board and elsewhere who have taken the Niagara Falls over a barrel approach: “If we lose, we appeal. We keep this in the courts for years and years. We take the plant by eminent domain proceedings. We get a new governor in Albany and we push him/her to appoint new LIPA board members and we get more time to develop alternate legal strategies. And we also get more time to push through legislation that supports us.”
I’ve heard those arguments. Some of them have merit. And they are tempting. And I wish I could fully align with them as I respect many of their views. There are some very smart people who have take this position. But in the end, I believe that the risk of NOT settling is too great.
Finally, this group will not tolerate any nastiness directed at the District board or for that matter the Town board members. While many (me included) may have only awakened to this issue in a meaningful way a few years ago or less, these board members (paid and unpaid) and their predecessors have been fighting this issue for a decade.
For all parties involved, this means more interrupted family time and professional interruptions than 99% of us could ever tolerate. It means sleepless nights. It means worries about how family members may be treated in the community. It means lost friendships. Anyone who calls these folks “sellouts” are not connected to reality.
Many of those name-callers are also probably people whom I could never get to attend a LIPA rally or make a phone call, let alone run for unpaid (or low-paid) office. Your dissenting views will be welcome here, but lay off the invective, please.
I’ll do my best to get our group members some more information about how this impacts them directly. I think you will be pleasantly surprised, especially given the alternative of a loss in the courts.

Paul Darrigo wrote this piece on the Concerned Taxpayers Against LIPA Facebook page. It is republished here with permission. 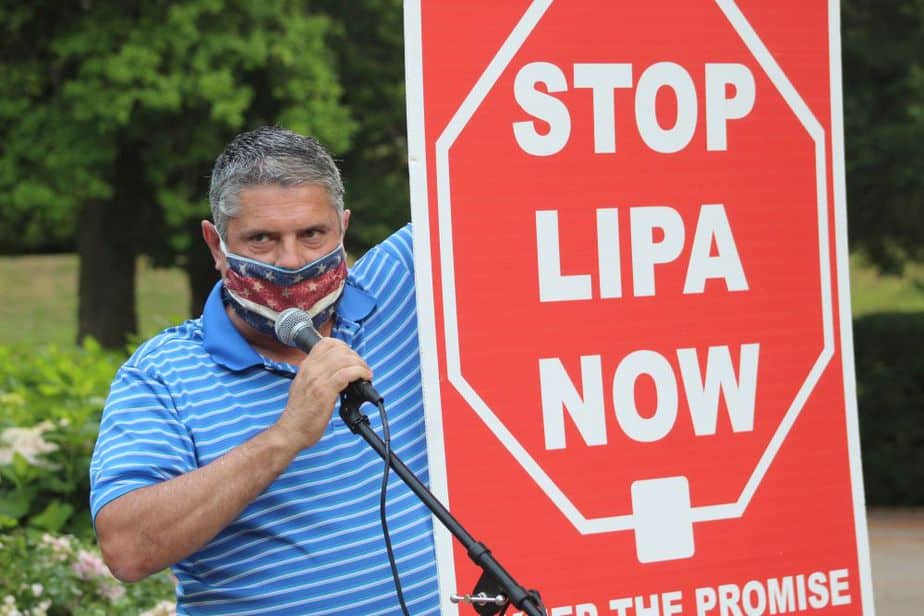 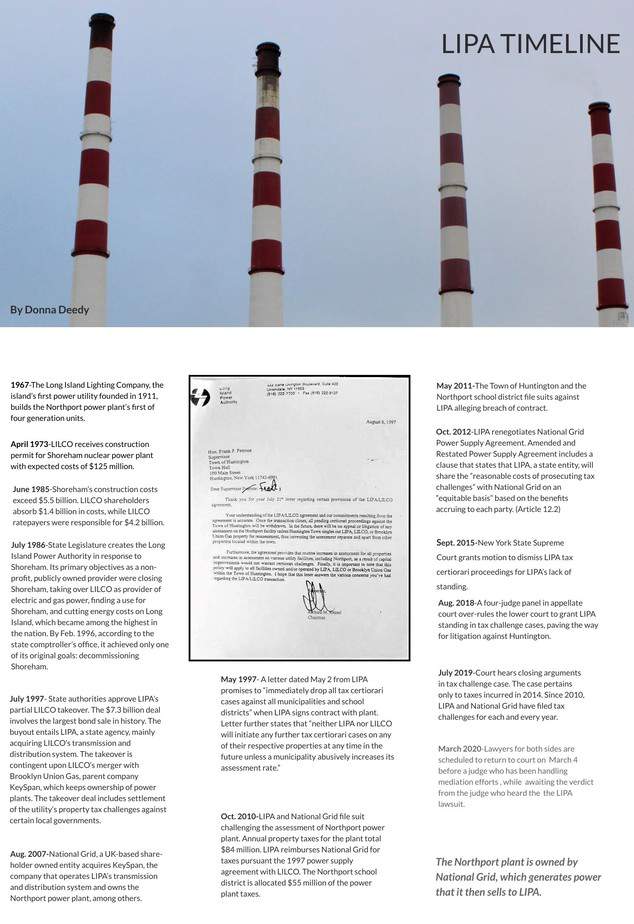