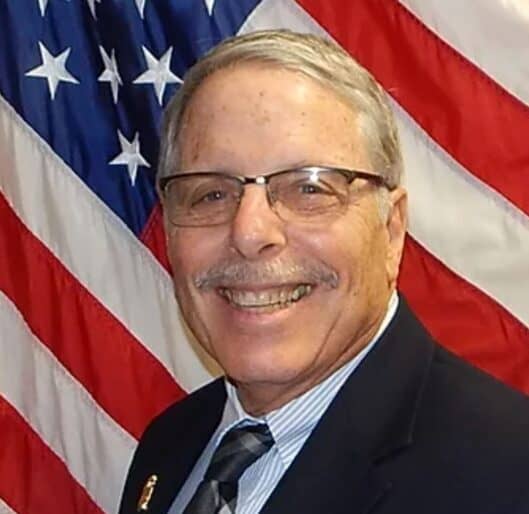 A leading figure in religion and social justice in Suffolk County, Rabbi Dr. Steven Moss, has written an inspiring book, “God Is With Me; I Have No Fear! The Spiritual Life of a Rabbi and Its Meaning for You.”

He says in his just published book: “I share with you the moments in my life when I had experienced God’s Presence…My sharing of these spiritual encounters…is not to put me in a more spiritual place than you. Quite the contrary, it is my most humble prayer that by my sharing these experiences, you will allow the descriptions to either awaken you to recall experiences you have had or be open to similar experiences with God when they occur in the future.”

He writes of the voice of God causing him to become a rabbi. In a chapter titled “God In The Backyard,” he relates: “That day. The day I heard the voice of God. There I was, twelve years old, raking leaves in my family’s backyard. We lived in Rockaway Beach…just a few short blocks from the Atlantic Ocean. Even though it was fall, the smell of the summertime’s surf and sand were still in the air. I will never forget that day when I heard a voice, the voice of God, speaking to me.” He applied to Hebrew Union College-Jewish Institute of Religion. “The school replied. The admissions office thanked me for my interest and told me that I needed to graduate from college first.” Nine years later, he re-applied. “The amazing thing was that when I went for my interview for admission, they showed me they had kept my letter on file, awaiting my coming of age to be eligible.”

Many of his reflections about God’s presence come from his serving as a chaplain at Sloan-Kettering, ministering to patients including those dying. He tells of his own experience with death, as an avid cyclist struck hard by a car. Lying there, “I saw my head, with helmet on, hitting the ground twice. It was an image of my accident seen from outside myself.” He recovered. “I truly believe I was saved by God from death.”

There is much more including his visits to Israel and also to what were Nazi concentration camps.

“A person feels alone after a great loss or after an important decision, and suddenly that feeling of aloneness is gone,” he relates. “A person survives a difficult surgery or an accident and then realizes that his or her survival cannot be explained by natural or logical explanations. A person has an important and decisive decision that must be made, and, after some time, the decision just rises in the mind and that person knows this is the correct one. At these moments, a feeling of awe comes over that person. There is a realization that something greater than himself or herself has just helped that person get through this most difficult and stressful experience. Just when he or she thought there was no exit, suddenly there was. At that moment of awareness that he or she has survived, there is an epiphany that it was God who brought them through. Once this awareness occurs, there can be an overwhelming expression of gratitude to God that all went well.”

“I believe in the ever-present Presence of God that opens for me that sense of wonder in the events and people I experience in my life,” says Rabbi Moss of Holbrook. “The voice of God…is strong, but it can be heard only when we open our hearts and souls to its tone: to its sweet tone, to the ‘still small voice’ within us and within all. God is here, I have no fear!”

He writes: “I pray: May God be with you and may you know this. May you never be afraid again. Amen.”

The book is available from Lulu Publishing.