The Town of Oyster Bay is sending five trash trucks to Huntington to make up for Saturday night’s loss of six trash trucks by fire.

Deputy Supervisor John McCarron said  that two vehicles were rescued from the line of trucks that caught fire and driven away. The cause of the fire at the town yard off Oakwood Road is unknown. He also said that the Department of Environmental Conservation had inspected the yard Sunday morning and found that no contaminants had leaked into the ground. He said after the vehicles had been cleared away, workers would remove about an inch of soil to clear away any fuel let on the ground.

The Huntington Manor Fire Department responded to the fire call about 11 p.m. after neighbors began hearing the sound of explosions coming from the yard, some fearling that fuel tanks were blowing up. The noise came from truck tires that were exploding in the heat, the town said.

John Clark, director of environmental waste management, said that regular trash pickup would not likely be affected, though yard waste pickup will be suspended this week. “Mulching” is an option, he joked. 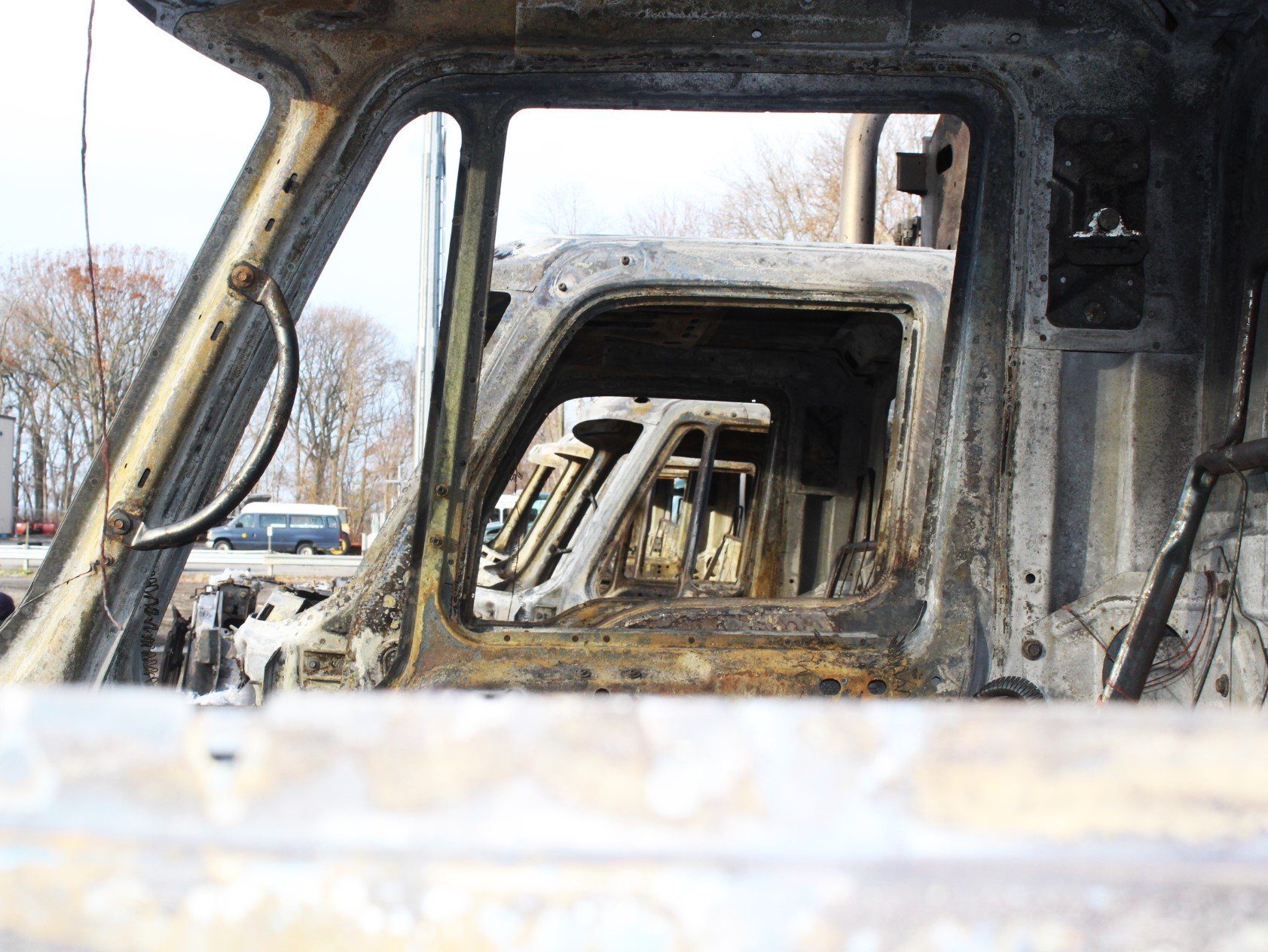 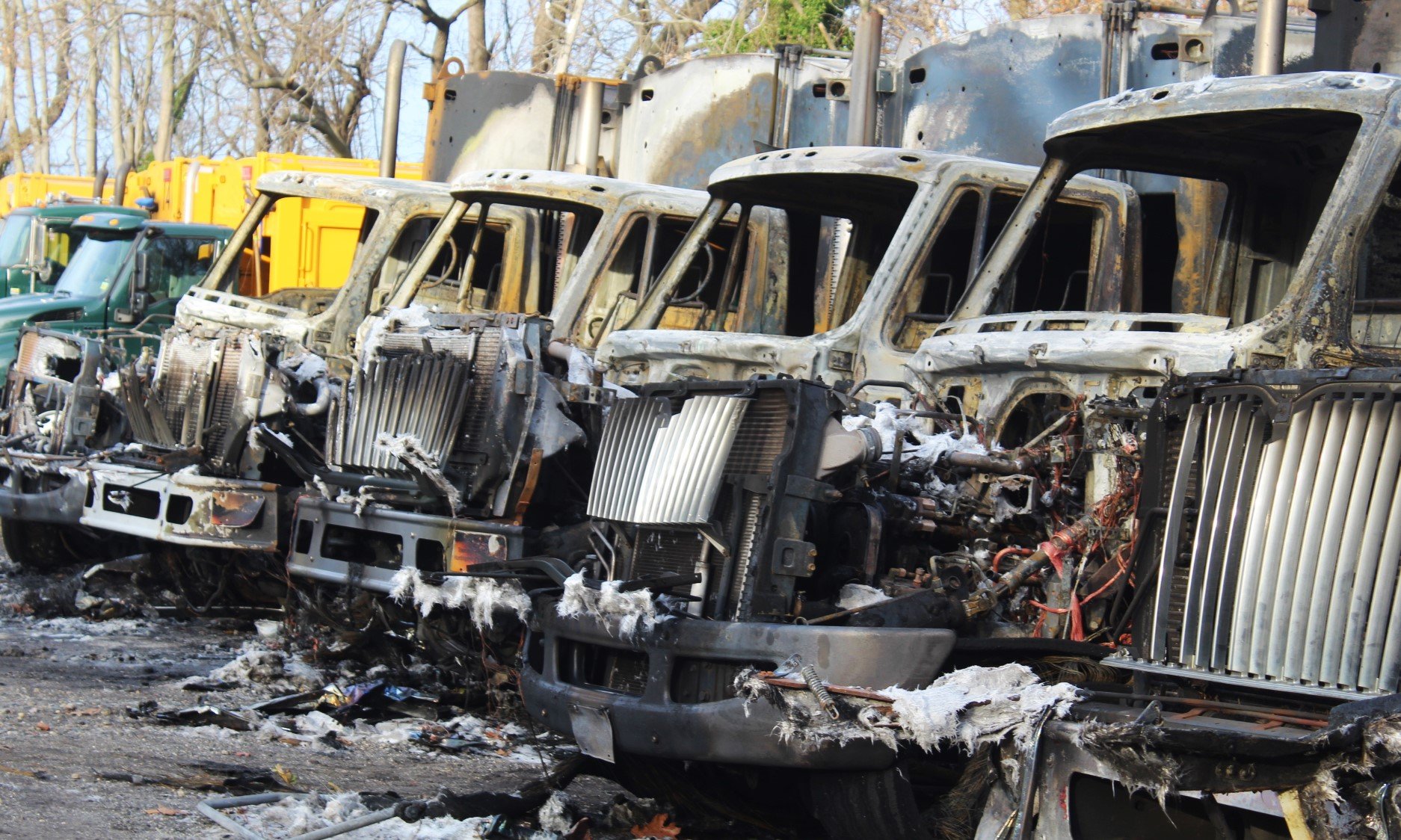 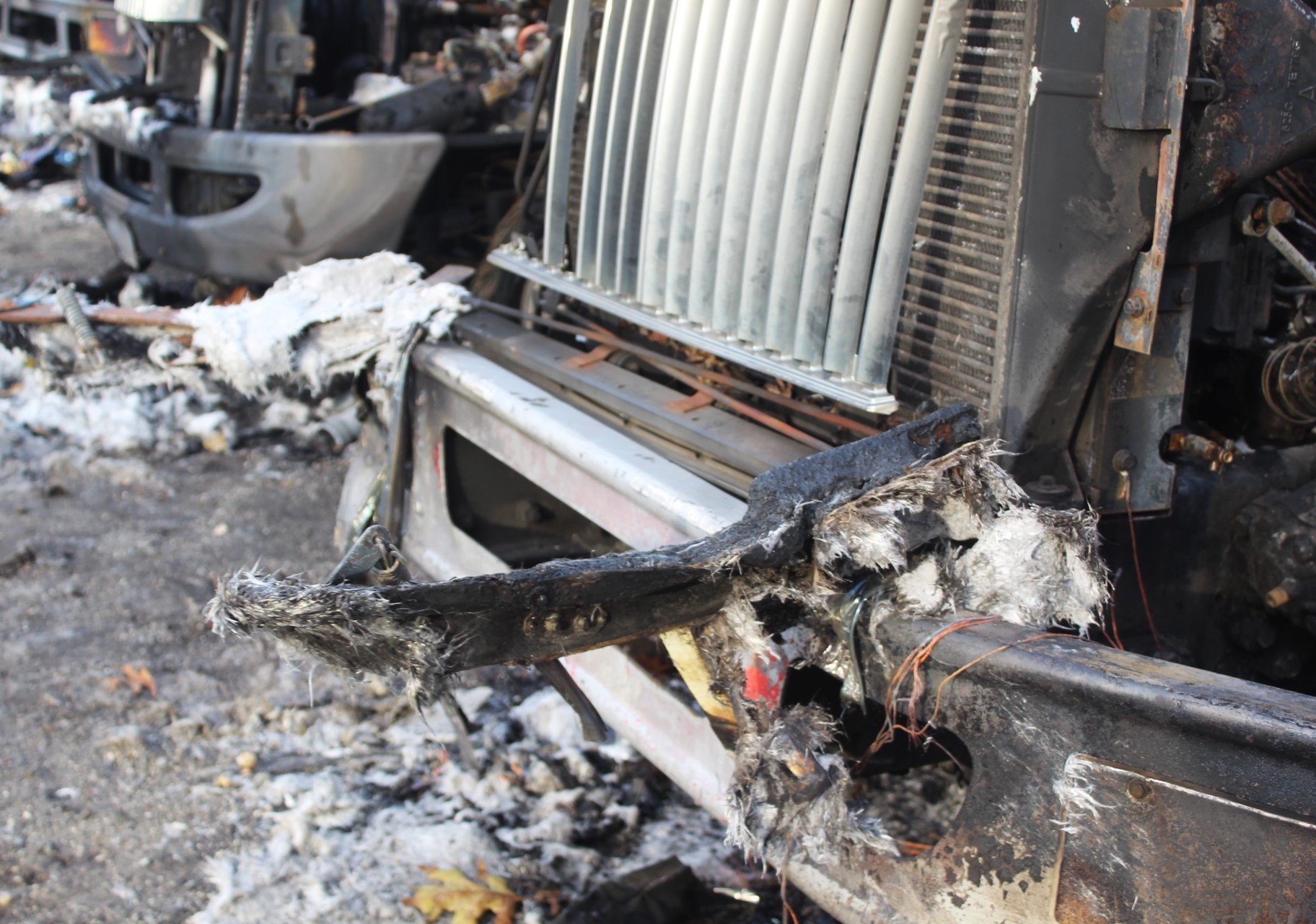 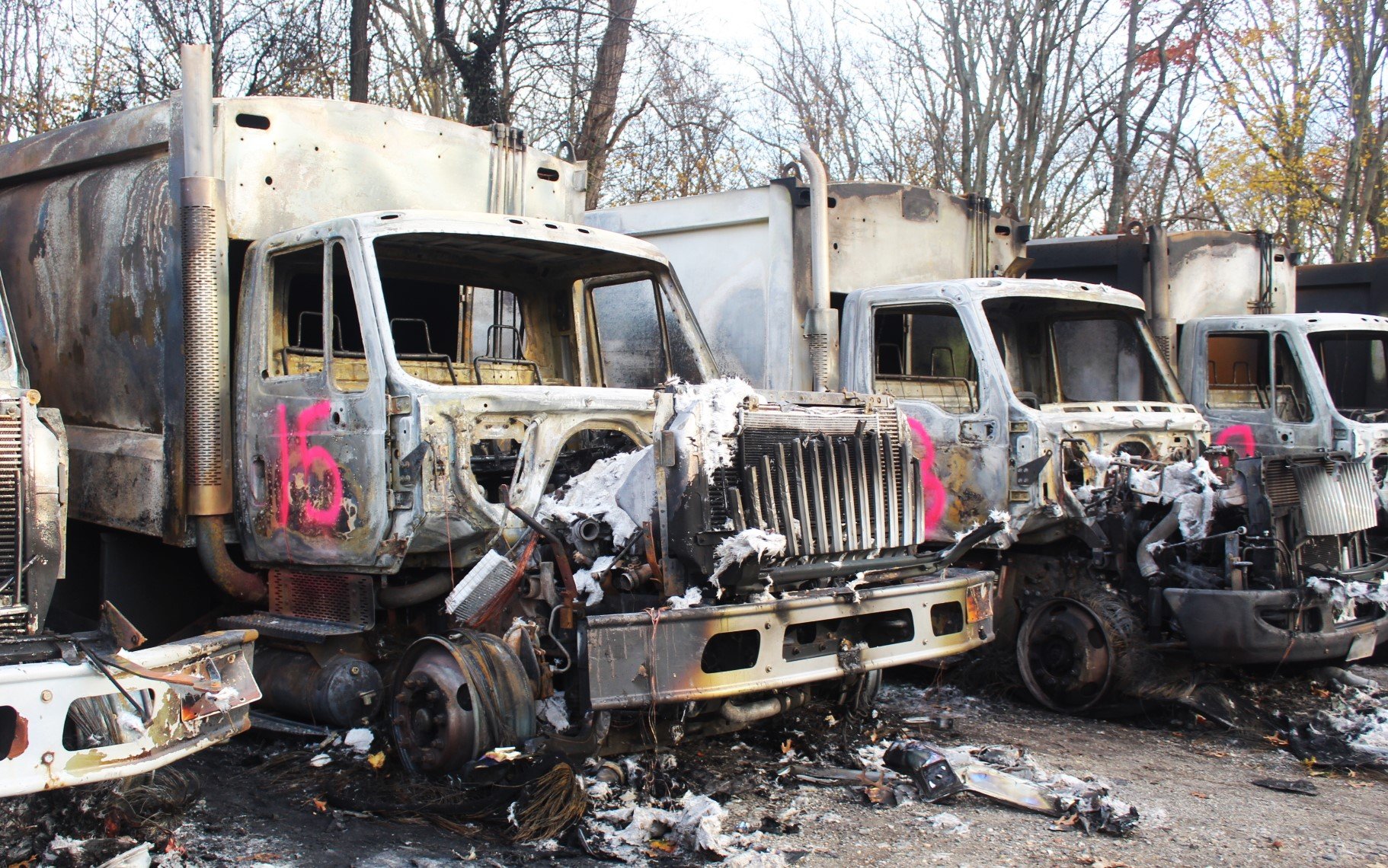 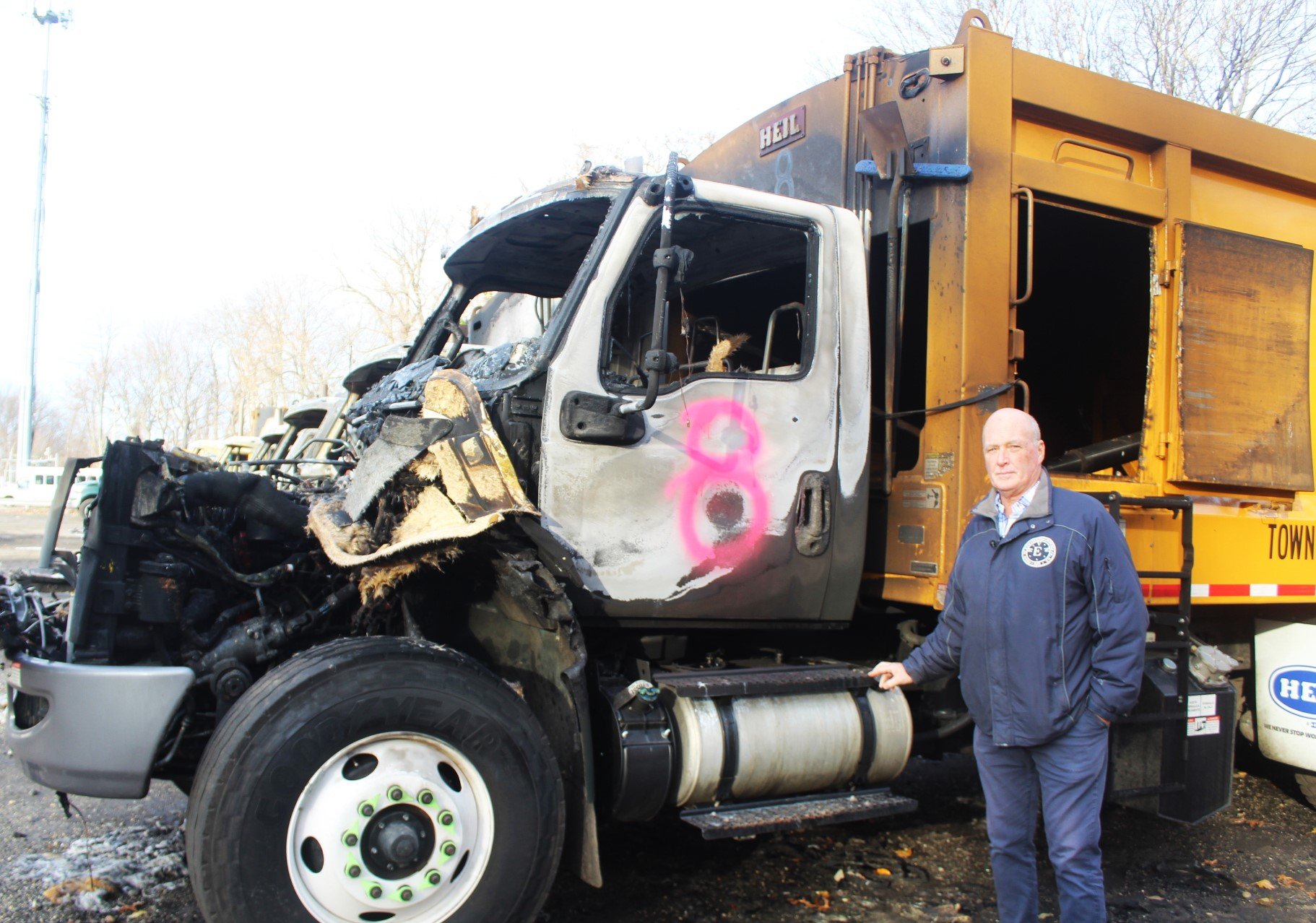 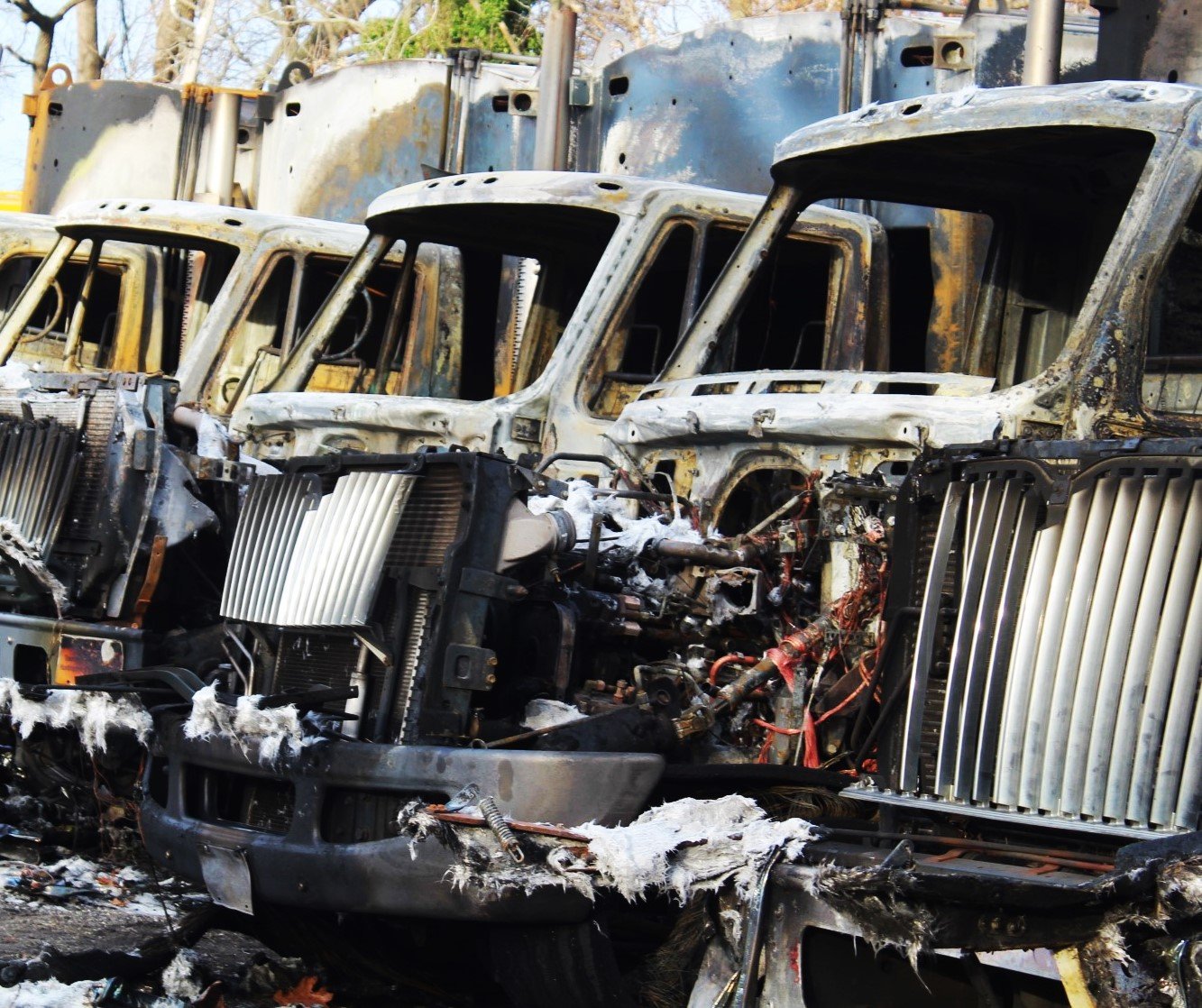