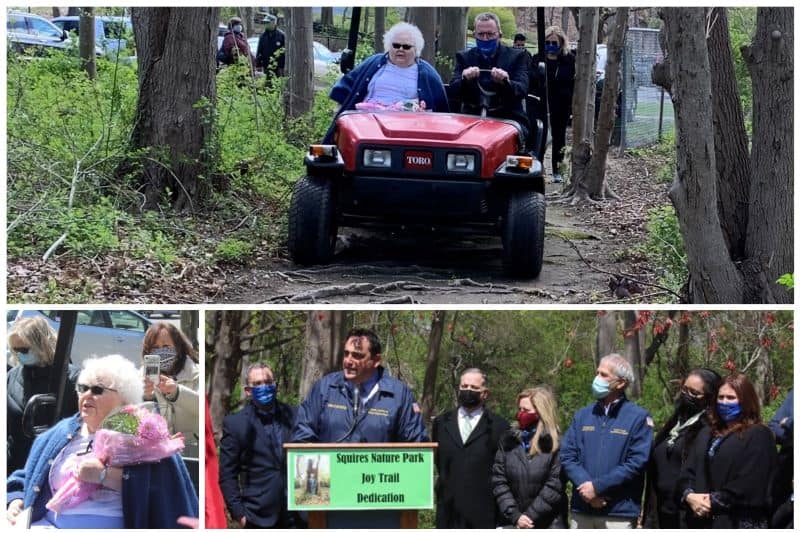 The Earth Day ceremony to rename the Greenlawn park drew a crowd of environmentalists, activists, friends from the Elwood school district where she taught for 26 years, and public officials.

It was led by Councilman Mark Cuthbertson, who noted her years of service in multiple roles. “She’s worn so many hats for the town of Huntington,” he said, noting that she had helped steer $60 million to the town to acquire parkland and enhancements. “She has just been unsurpassed,” he said.

Several speakers made joking but gentle references to her dedication and determination to persuade officials to preserve open space in the town, support green projects and make park improvements.

Town Supervisor Chad A. Lupinacci said, “When I was elected supervisor back in 2017​ and taking off in 2018, she was  instrumental in making sure I was up to speed, and came to visit me in my office to make sure I knew how ESPA operated and all the work of the conservation committee and then she came again and again…,” he said to laughter, praising her dedication to environmental causes.

Squires has been a member of Town of Huntington Conservation Board since 1974 and its chair since 1979. She was the founding chairperson of the Town Environmental Open Space and Park Fund Review Committee (EOSPA) from 1998 until stepping down in December 2020.