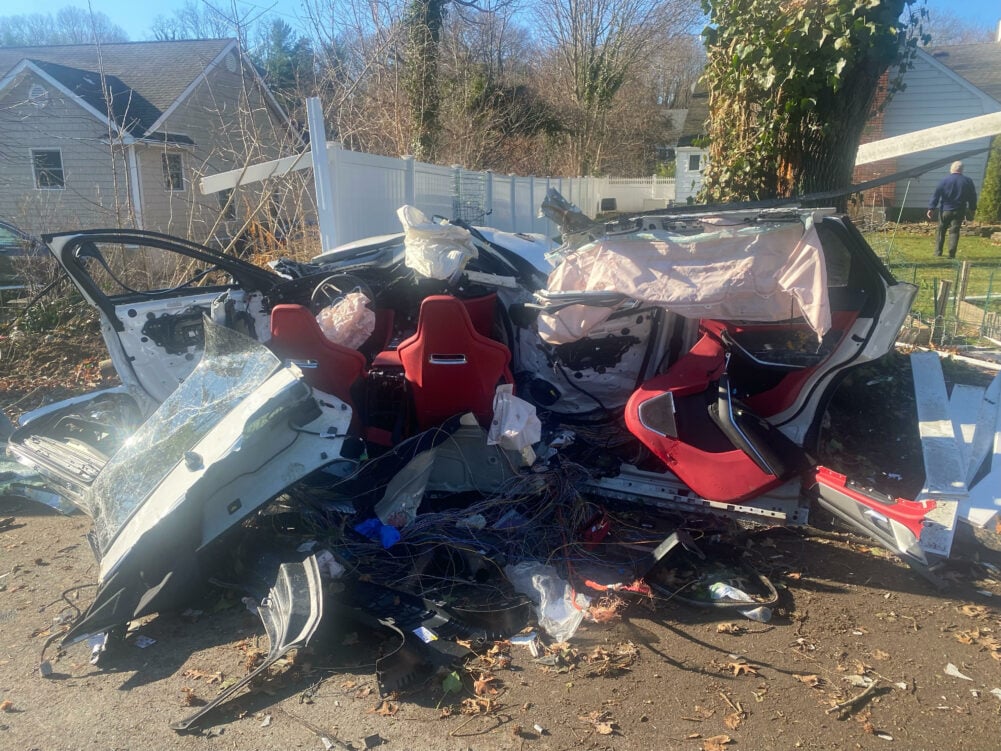 A Cold Spring Harbor man was charged with driving while intoxicated after his passenger was seriously injured in a motor vehicle crash early Saturday morning.

Suffolk police said that Maxwell Hawkinson was driving a 2021 Jaguar F-Pace north on West Neck Road, south of Clearview Street, when his vehicle crossed into the southbound lane, struck a tree, a utility pole and a second tree at approximately 1:15 a.m.

He was charged with Driving While Intoxicated. He is scheduled for arraignment at a later date.

The vehicle was impounded for a safety check. Detectives are asking anyone with information on the crash to contact the Second Squad at 631-854-8252.