A male eagle who, with his mate captured the attention of people around the world, died early Friday morning, the Bald Eagles of Centerport group said on Facebook.

The bird, affectionally known as Dad, was an estimated 14 or 15 years old, and had fathered 13 eaglets in the last five years, said Rob Schwartz, who has led the organization that has monitored the pair.

“No one knows why this eagle passed,” he said. “Over the last week to 10 days he was  unable to keep his balance. He was having a hard time sticking landings, and no one had seen him fishing. He was so degraded.” Schwartz’s wife, Liz, found him half way into the water, not fishing or attempting to fly away, and the couple realized the eagle was in trouble.
Robert Horvath  of Wildlife In Need of Rescue and Rehabilitation went into the cold waters Thursday of Spring Pond, netting the bird to pull the eagle to safety, but the rescuer ended up needing assist as he got stuck in the muck as his waders filled up with water. The Centerport Fire Department came to help, pulling them from the water and muck, with Horvath sent for treatment of hypothermia, and the bird sent to Horvath’s wife, Cathy St. Pierre, for treatment. But Dad died early Friday morning.
The eagles had become immensely popular since Schwartz first spotted them more than five years ago. Photographers, both amateur and professional, came from around the world to shoot images as the pair, and then their eaglets, soared, swooped and fished at Mill Dam Pond, and thousands of people watched them in their nest on a webcam. The eagles served as an educational tool for people of all ages to learn more about nature and environmentalism. They also gave people stuck at home by Covid-19 restrictions a chance to see nature at work via the webcam and the many photos posted to social media sites.
The female wasn’t left alone for very long. Friday afternoon, another male eagle appeared in the vicinity, sparking speculation that it might take up residence to succeed Dad.
Photos by Christine Carrion and Rob Schwartz 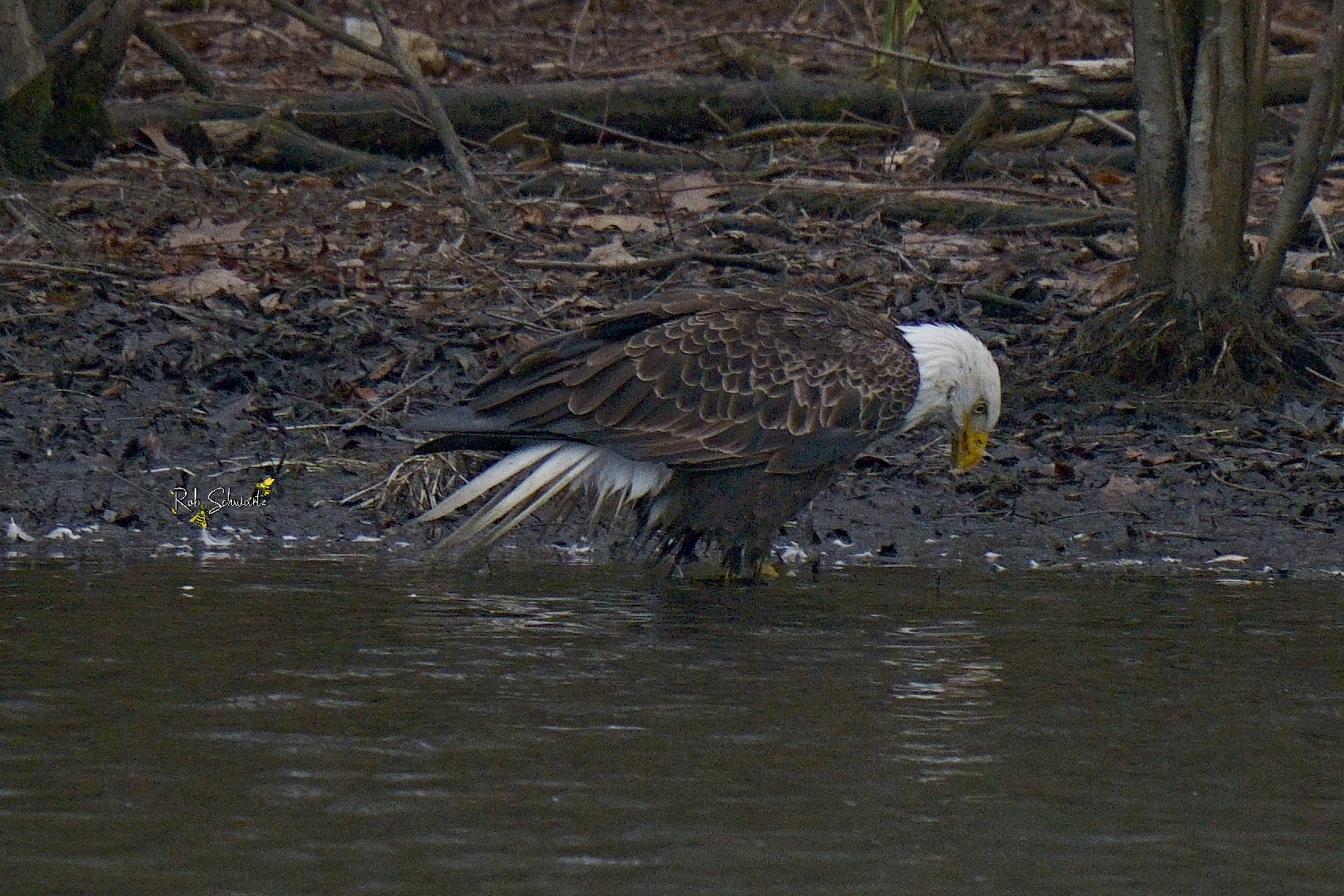 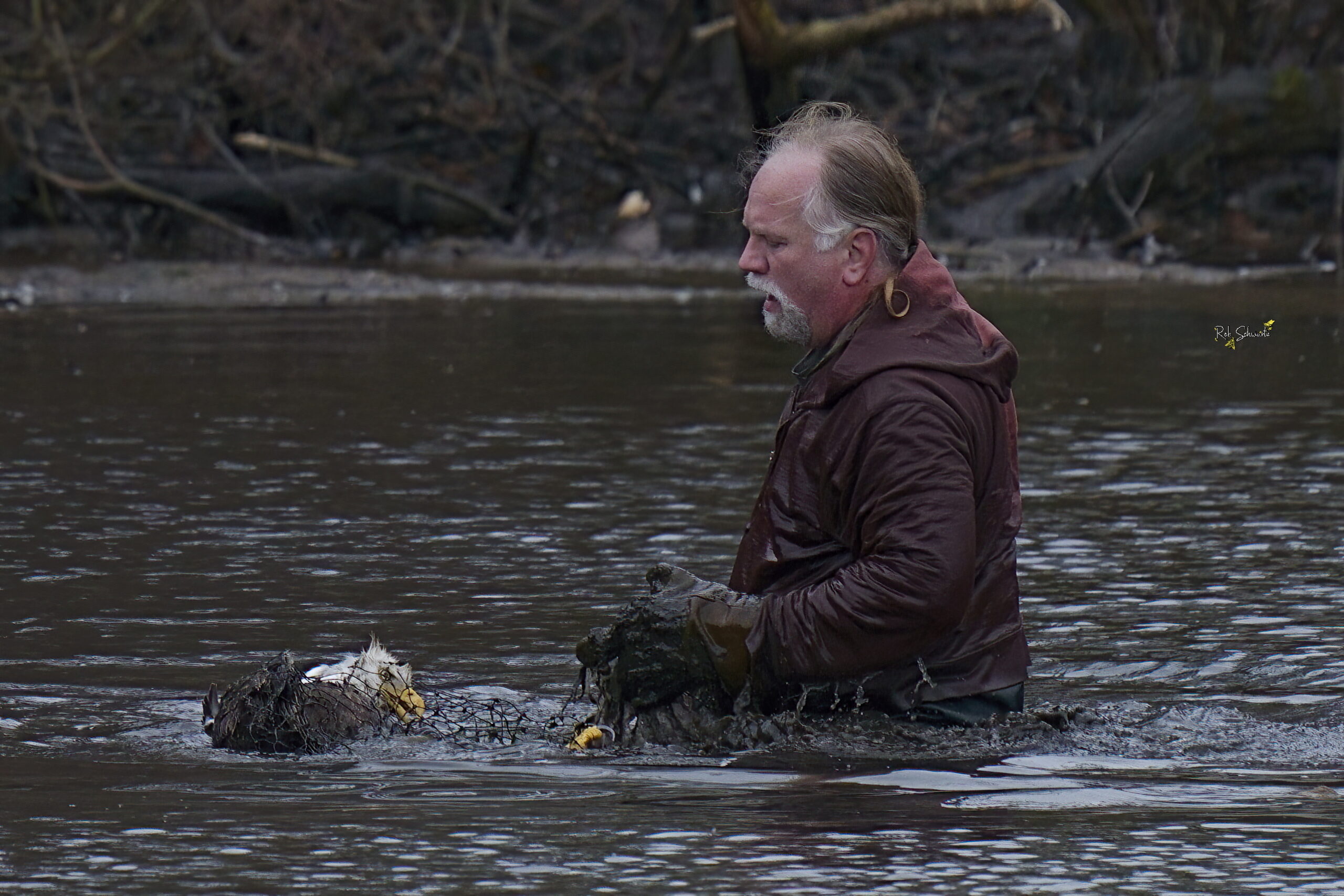 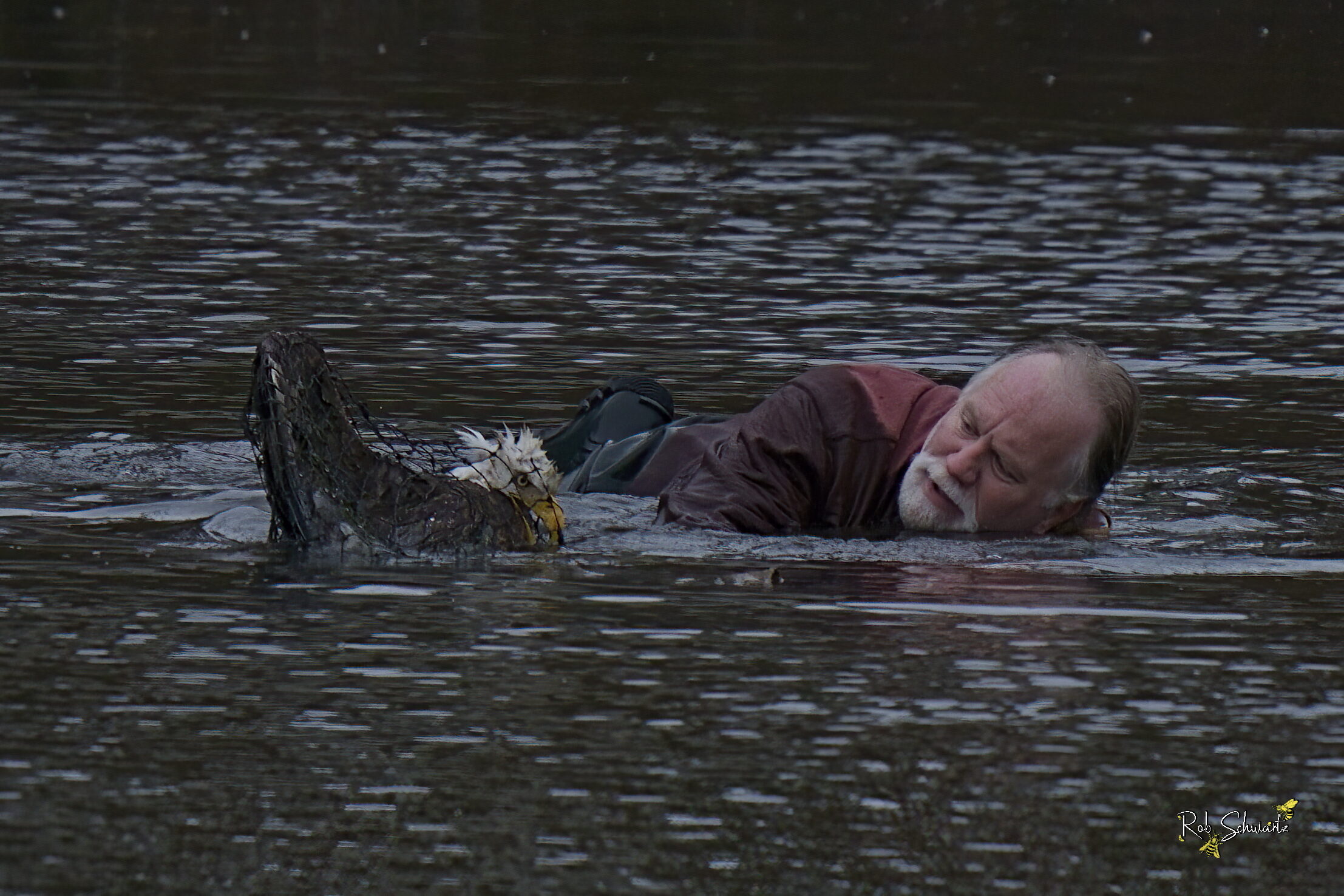 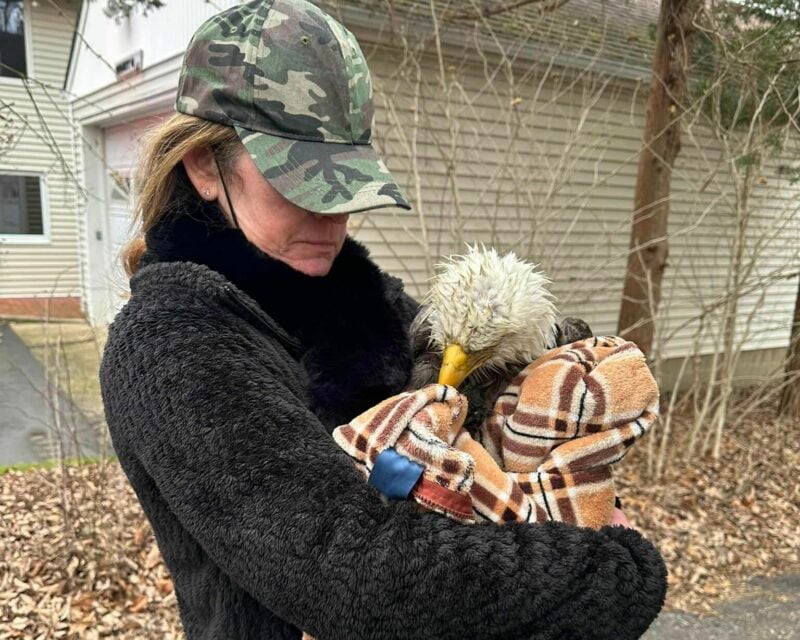 One Reply to “Patriarch of Centerport’s Famed Eagle Family Dies”