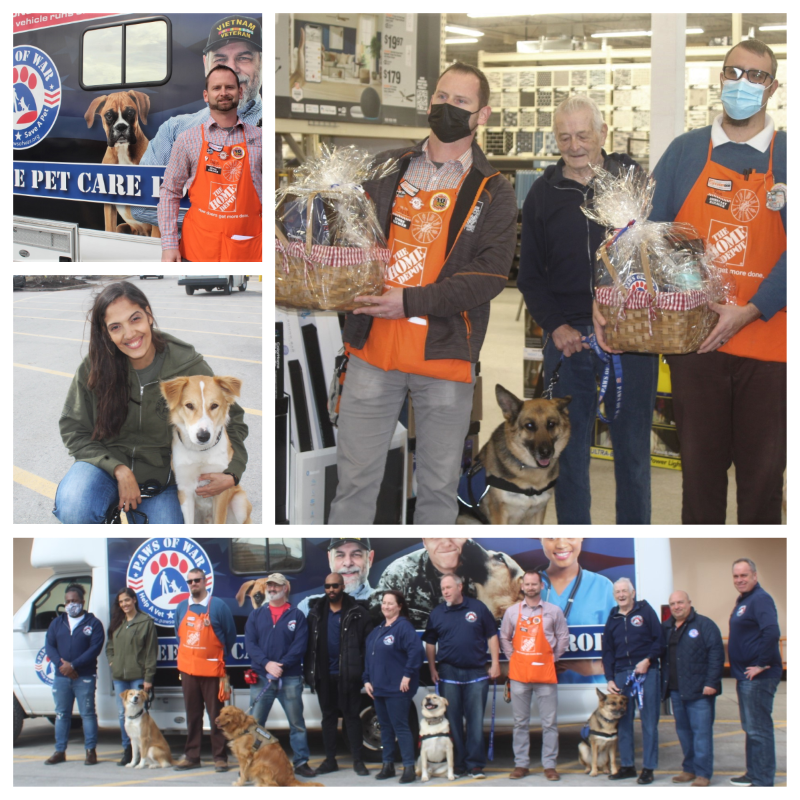 Several veterans, their supporters and their dogs dropped by the Home Depot store in East Northport Thursday to say thank the store manager for his support.

Robert Misseri, founder of the non-profit Paws of War, led the troop into the store to present their Patriot Award to Chris Holter, the store manager.

The group said that Holter had arranged for Home Depot to award  Paws of War a $10,000 grant which was used toward the non-profit’s continued support of veterans and first responders. Holter and his staff donated materials from their store, as well as their personal time and effort to construct projects at Paws of War headquarters and repair homes for veterans in the local community.

Paws of War, based on Nesconset, rescues, trains and places shelter dogs with military veterans and first responders who need support.

Navy veteran Angelique Williams said her Canaan dog Buddy assists her by bracing her when she stands up.

Having the dog “Has changed my life,” she said. “He’s been a blessing. I am able to do more.” Buddy is “a big ball of love,” she said.

Ron Myer, a veterans advocate with Paws of War, said that Holter had donated tools, tool kit, other supplies as well as the time needed to build a shed that the group uses to store items.

Holter said of the Home Depot program to assist nonprofits,  “It’s great. We get to help everyone. I’m looking forward to doing projects down the road.”